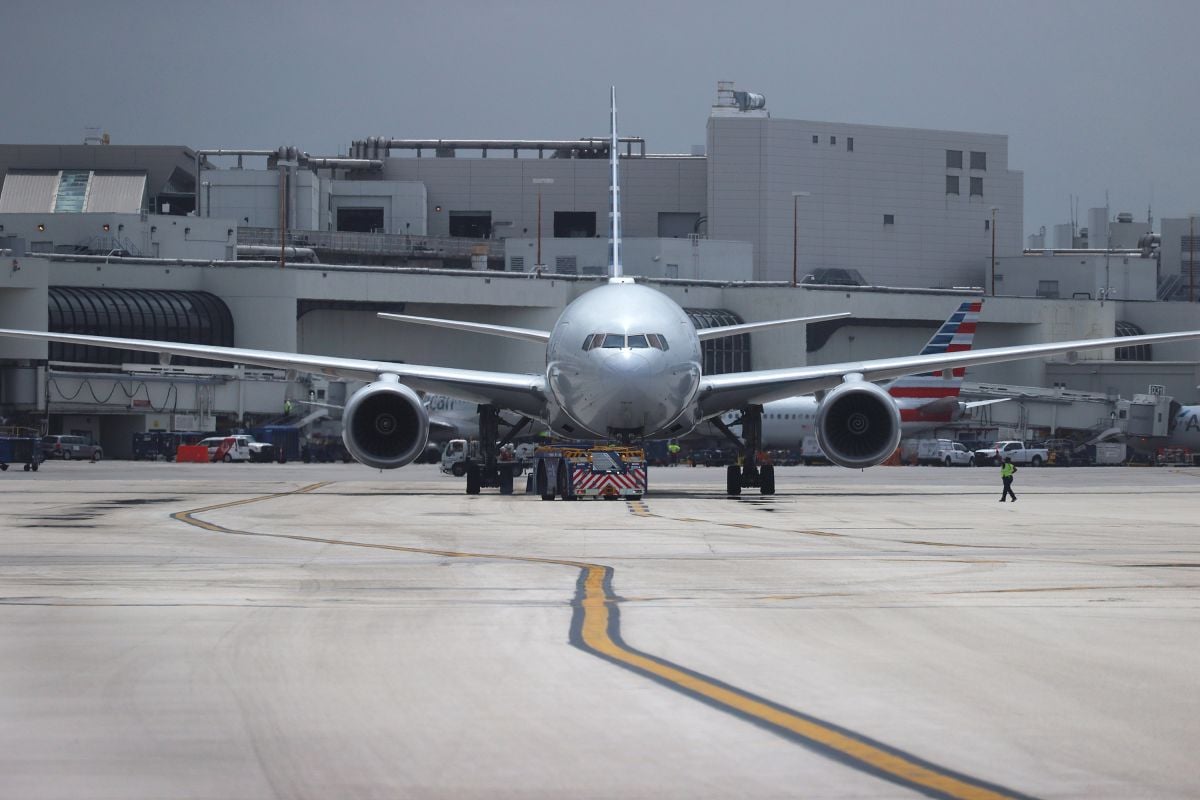 FLORIDA- Three people were slightly injured in a fire that occurred this Tuesday afternoon on a passenger plane from the Dominican Republic that landed at the Miami International Airport (MIA), indicated the firefighters of Miami-Dade County (Florida).

The plane, a Red Air SRL, caught fire after making a forced landing that, according to 7 News Miami, caused the fire and affected a communications tower and a small building on the runway.

Apparently, Read Air Flight 203, with 150 people and 11 crew members on board, had to make a forced landing around 5:30 pm local time due to landing gear problems.

Several crews of county firefighters went to the scene of the incident and extinguished the fire: “Firefighters have controlled the fire and are mitigating the fuel spill (…) A total of 3 people have been transported to hospitals in the local area,” he said in social networks the body.

The Miami-Dade Fire Force added that the problem with the landing gear was probably the cause of the fire.

As a result of the accident at the MIA, some flights have been delayed, so the authorities advise passengers or interested parties to contact the relevant airline.

Local channel 10 footage showed plumes of black smoke rising from an area of ​​the MIA shortly after 5:45 p.m. local time.and much of the aircraft’s fuselage and floor covered with foam that firefighters spread.

You may also like:
• They identify a US Navy pilot who died in an accident during training in California
• Four people die after a plane crashed in a residential area in California
• No survivors after plane crash near Kansas airport