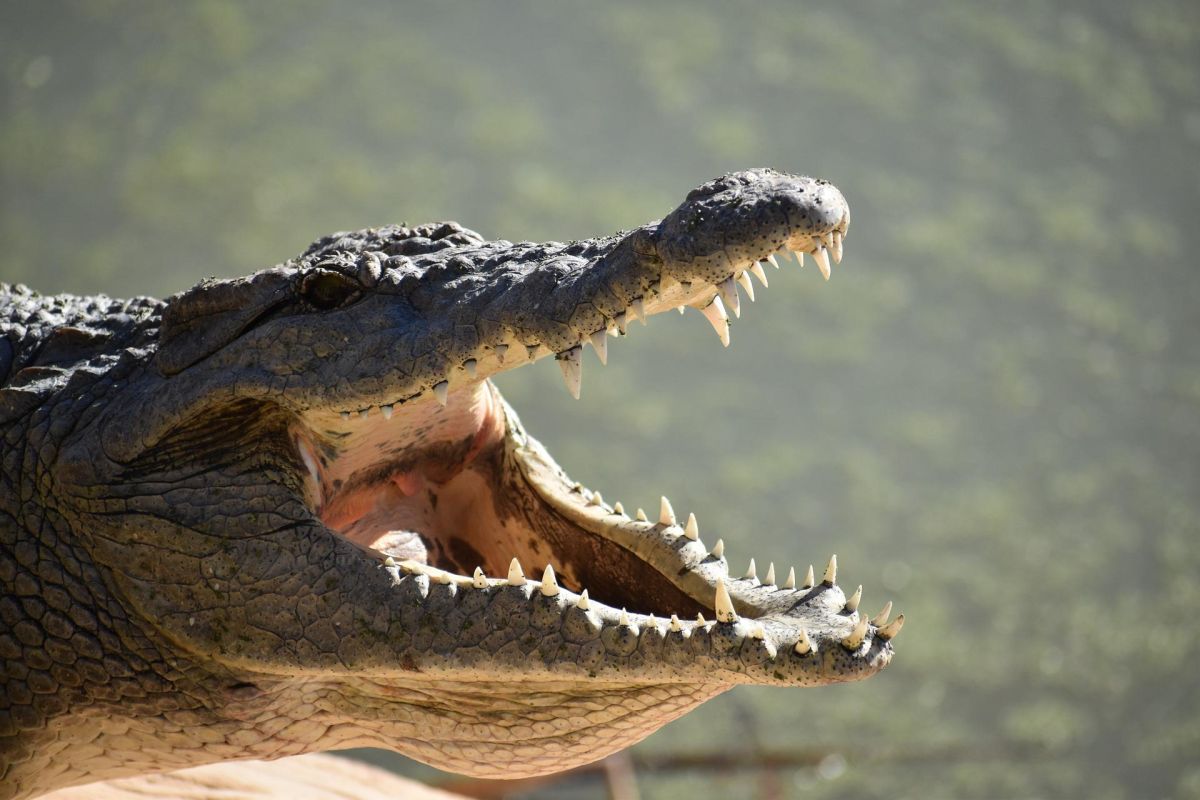 A video captured the moment when police officers from Charleston, South Carolina, jumped on a lost alligator that was wandering in a city parking lot.

The City of Charleston Police Department (CPD) reported that they managed to get the alligator into custody before “safely relocating” it.

“F-GATOR-fight! The brave women and men of CPD’s Animal Control, Harbor Patrol and Daniel Island Patrol came across another missing alligator over the weekend,” Charleston Police posted on Facebook.

“They got this big guy safely relocated out of a parking lot!” they added.

The police department accompanied the post with the hashtags “see you later alligator,” “dedicated investigators,” “this is turning into something,” and “handcuff him.”

In the pictures, five policemen are seen jumping on the alligator, which is already blindfolded and tied with a ropein the parking lot.

Meanwhile, at least one resident is seen filming the capture on your phone near of the entrance.

Officers taped the alligator’s snout closed and used duct tape to keep it closed while applying their body weight to its bulky body to keep it from moving.

They then move their small front legs behind its back and suggest “handcuffing” the animal with duct tape.

They are known to be most active in the spring when searching for a mate, however in 2020 Eli R. Beal and Adam E. Rosenblatt of the University of North Florida investigated the potential effects of urban land use on alligators through of surveys of the relative abundance of alligators in nine tributaries of the lower St. Johns River within Jacksonville, Florida.

They found that out of a total of 93 alligator sightings during nightly surveys across time and space, the summer season contained the largest number of alligator sightings. Fewer animals were found in the spring season and even fewer in the fall and winter.

In addition, they found that alligators preferred habitats with more open water and vegetated shorelines and avoided anthropogenic structures.

The data showed that smaller alligators still occupy urban habitats because they are not a target and do not face competition from adults.

Also read:
· Is the Border Patrol using crocodiles to chase away migrants in the Rio Grande?
Video: Crocodile drags the body of a fisherman after being attacked in an Indonesian river
· Photos: 11-foot alligator blocks traffic on a highway in Florida