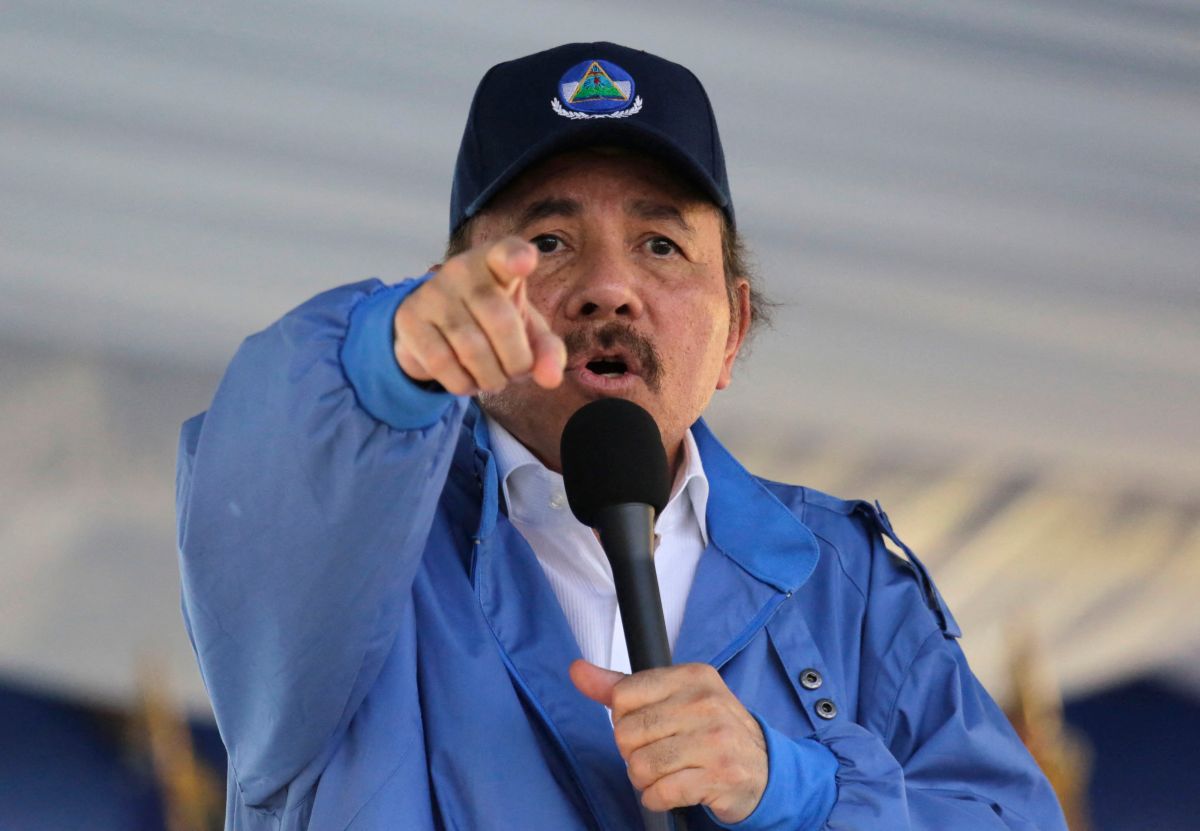 On Monday, Nicaraguan President Daniel Ortega called the seven detained opposition presidential candidates “sons of bitches of the Yankee imperialists” under charges of “treason against the fatherland” and which he avoided facing in the general elections on Sunday, in which he was reelected for his fifth term.

“Those who are imprisoned are the sons of bitches of the Yankee imperialists“, Snapped the president in an official act broadcast on television and radio, a day after the elections that have not achieved the recognition of the majority of the international community, including the United States and the European Union (EU), which also criticized.

Here is the video of Daniel Ortega’s words:

Ortega suggested that the jailed opposition leaders “should be taken to the United States”, because, in his opinion, “they are not Nicaraguans.”

“They stopped being Nicaraguans. They have no homeland. They should be taken there (USA) ”, he continued.

The ex-guerrilla, who turns 76 on Thursday and returned to power in 2007 after coordinating a Governing Board from 1979 to 1985 and presiding over the country for the first time from 1985 to 1990, was reelected together with his wife, Vice President Rosario Murillo, with 75.92% of the votes in Sunday’s elections.

The shadow of Cristiana Chamorro

Those elections were marked by discrepancies over participation and the absence of opposition candidates, most of them jailed, including the independent Cristiana Chamorro.

Chamorro, daughter of former president Violeta Barrios de Chamorro (1990-1997), who defeated the Sandinistas and Ortega at the polls in 1990, was the opposition figure most likely to win the elections, according to polls.

They were also left out of the electoral race due to arrests and legal investigations promoted by the Ortega Executive, Arturo Cruz, a former Nicaraguan ambassador to the US who was arrested upon his return from a trip to Washington; Félix Maradiaga, Juan Sebastián Chamorro, the journalist Miguel Mora, the peasant leader Medardo Mairena and Noel Vidaurre.

According to Ortega, these opposition leaders are “slaves of the empire, traitors of the homeland.”

During another part of his speech, Ortega asked to “reconsider” the “Spanish rulers,” of whom, he said, “are behaving like colonizers.”

The Spanish Minister of Foreign Affairs, José Manuel Albares, assured that what happened on Sunday in Nicaragua “cannot be called elections, they have been a mockery” of the people, the EU, the international community and democracy, and demanded the liberation of the opponents and journalists arrested.

Ortega also criticized the EU countries, “where fascist parties, the descendants of Francoism” and Adolf Hitler rule, and said that the majority in the European Parliament “are fascists”.

“It is time for Europe to understand once and for all that the Nicaraguan people rule these lands and not the European governments,” he added.

Charge against the United States

According to Ortega, Nicaragua is “under the threat and aggression of the Yankee empire” and of the “European colonization“Who believe” we are a colony of them “and” want to dictate how we should behave “and” decide what kind of democracy we should practice. “

“They continue with their colonialist practices to dominate these territories to subdue and exploit them,” he added.

Likewise, Ortega said that the president of the United States, Joe Biden, “should apologize for the crimes they have committed in Nicaragua and in the world,” after accusing Washington of constant interventions in the Central American country.

“If anyone should be in the International Criminal Court, it is the US rulers,” he continued.

He recalled that former President Donald Trump declared Nicaragua a threat to the national security of the United States three years ago.

“Simply to have tools, to be harassing, to be applying sanctions, which are nothing more than aggressions,” he noted.

He accused the United States of speaking “nothing more with the stick” and considering Nicaragua its backyard.

Tilda of spies to journalists

During the ceremony, Ortega thanked the more than 200 “international companions” who participated in the elections and of whom he said “are not servants of the United States or the EU.”

He also called “scoundrels ”and spies on journalists from“ large corporations“Who requested accreditation to cover the elections, which were denied.

“We know that they are employees of the intelligence agencies of North America. Those do not enter here, “he remarked.

Regarding the elections, Ortega said that “the Nicaraguan people turned to voting for peace” and that his government will continue to work for peace and to strengthen reconciliation.

Official figures set participation in the session at 65.34%, which contrasts with independent calculations, which placed abstention at just over 80%.