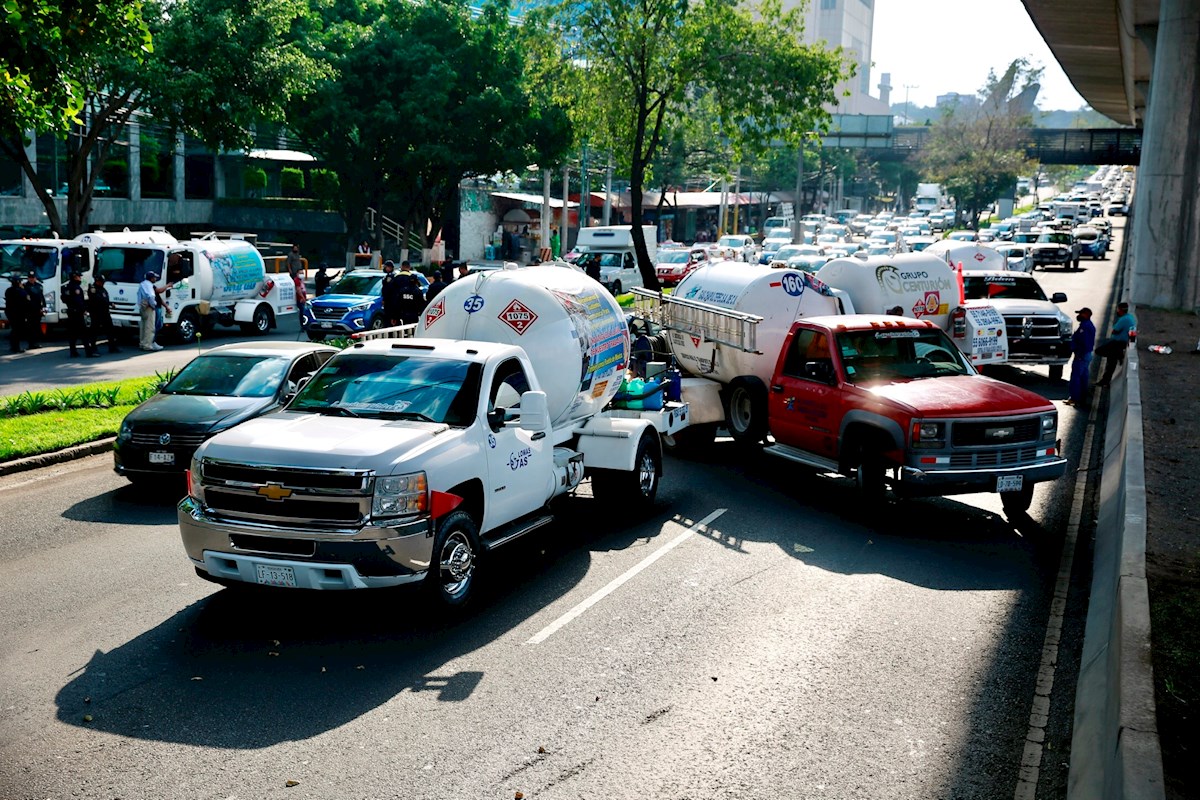 During an indefinite work stoppage, carried out since yesterday afternoon by the National Gas Association in Mexico City, one of the protesters took the hose from one of the LP gas pipes and sprayed the capital’s police officers who were trying to reopen the blocked roads.

Seeing that the policemen came closer and closer to remove them from the place, the gasman opened the hose tap and threw gas to try to stop the advance of the capital police, a situation that put in extreme danger all the people who were in the place.

Given the action that occurred between Insurgentes Sur avenues and Eje 5 Sur Eugenia de la Colonia del Valle, south of Mexico City, the policemen managed to remove the hose from the protester and submit him for arrest along with three other people.

Later, the Attorney General’s Office of the city reported that the man who threatened the policemen with setting them on fire was accused of attempted murder and transferred to the Benito Juárez Territorial Coordination 2, to make it available to the agent of the corresponding Public Ministry.

The protesters also accused the policemen of excessive use of force and beatings, while they carried out their blockades by placing gas trucks in some roads to prevent the passage of motorists.

These protests by the Gremio Gasero Nacional are carried out due to the increase in the price of fuel that is defined by the Energy Regulatory Commission (CRE) and in the midst of the energy changes announced by the Government of President Andrés Manuel López Obrador.

“We have been civilized, peaceful, we have been respectful of authority and we want to continue being, but it is impossible to continue working with that margin,” said Enrique Medrano, spokesman for the union.

The gas carriers demonstrated in front of the Ministry of Energy (Sener), in the south of Mexico City, where they warned that the strike of 10,000 employees and 6,500 units will continue.

It may interest you:
· Cause outrage in Mexico attendance of the former director of Pemex, Emilio Lozoya, to a luxury restaurant
AMLO announces trip to New York to participate in the UN Security Council meeting
VIDEO: Policemen and anarchists clash during the march for the 1968 student massacre in Mexico City