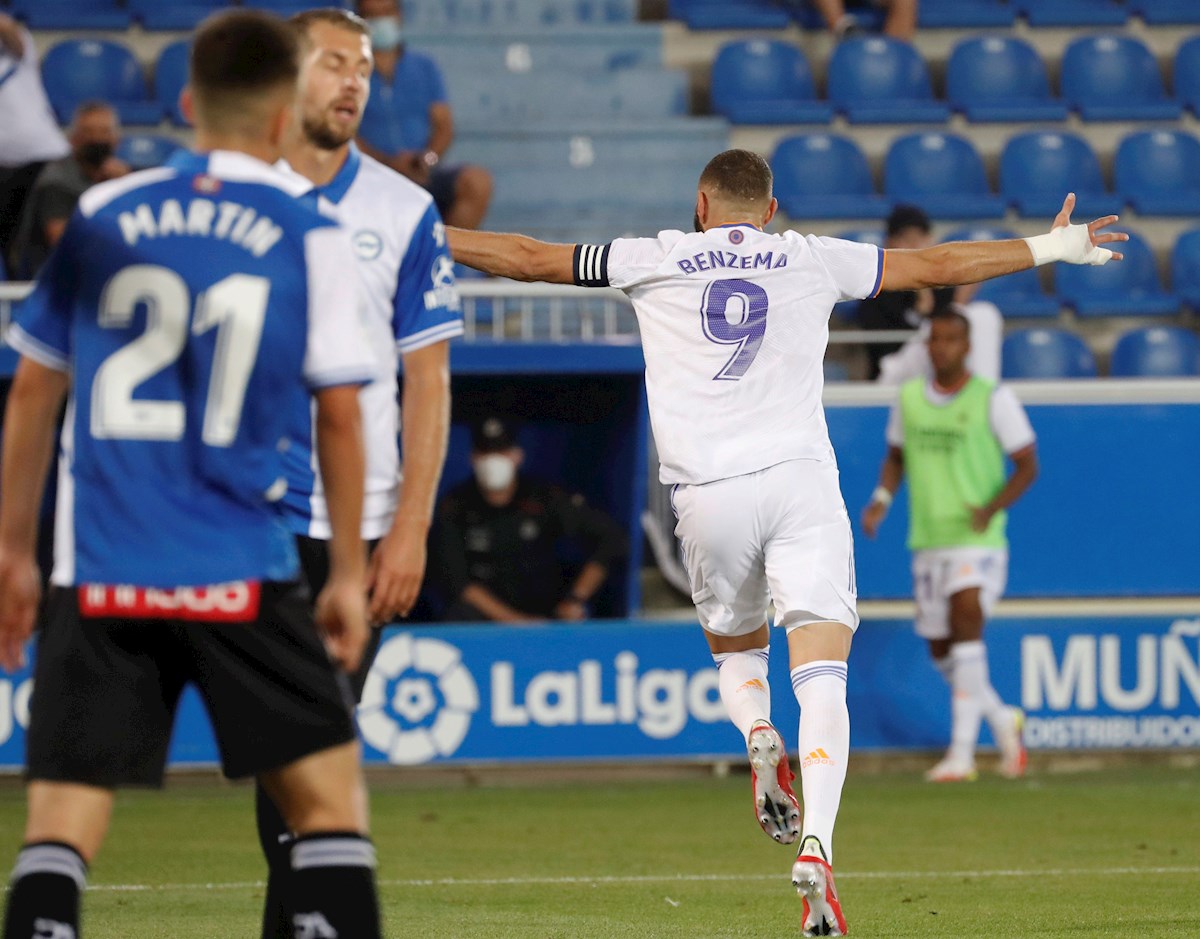 In Mendizorroza the 2021/2022 version of the Real Madrid by Carlo Ancelotti with an attacking trident full of hierarchy and talent. It was beaten 1-4 against Deportivo Alavés and Karim Benzema He was in charge of showing the right path to his teammates thanks to a decisive double.

The locals showed a strong defense in the first half and the meringues forwards could not decipher it. Gareth Bale and Eden Hazard accompanied ‘Gato’ Benzema and both showed versions with more enthusiasm than football, but with a different attitude than they had in the past dressed in white.

Benzema opened the account, at minute 48, with a volley after a previous touch from Eden Hazard, the first Belgian-French combination in current La Liga. Then it was Nacho, with a great defensive game, who put the double advantage at 56 ′.

Huge favorite for the Pichichi this season ⚽️ pic.twitter.com/YjaNwCVhH0

Benzema put the win 0-3 at 62 ′ with a shot bitten in the small area and Joselu discounted at 65 ′ from the penalty spot. The locals tried to put the game by a minimum difference, but Ancelotti with the changes ended it.

Asensio, Rodrygo, Isco, Jovic and Vinicius entered, who was in charge of scoring the 1-4 with his head at minute 90 + 2.

Read also: Video: The Park of the Princes exploded in the presentation of Lionel Messi with PSG