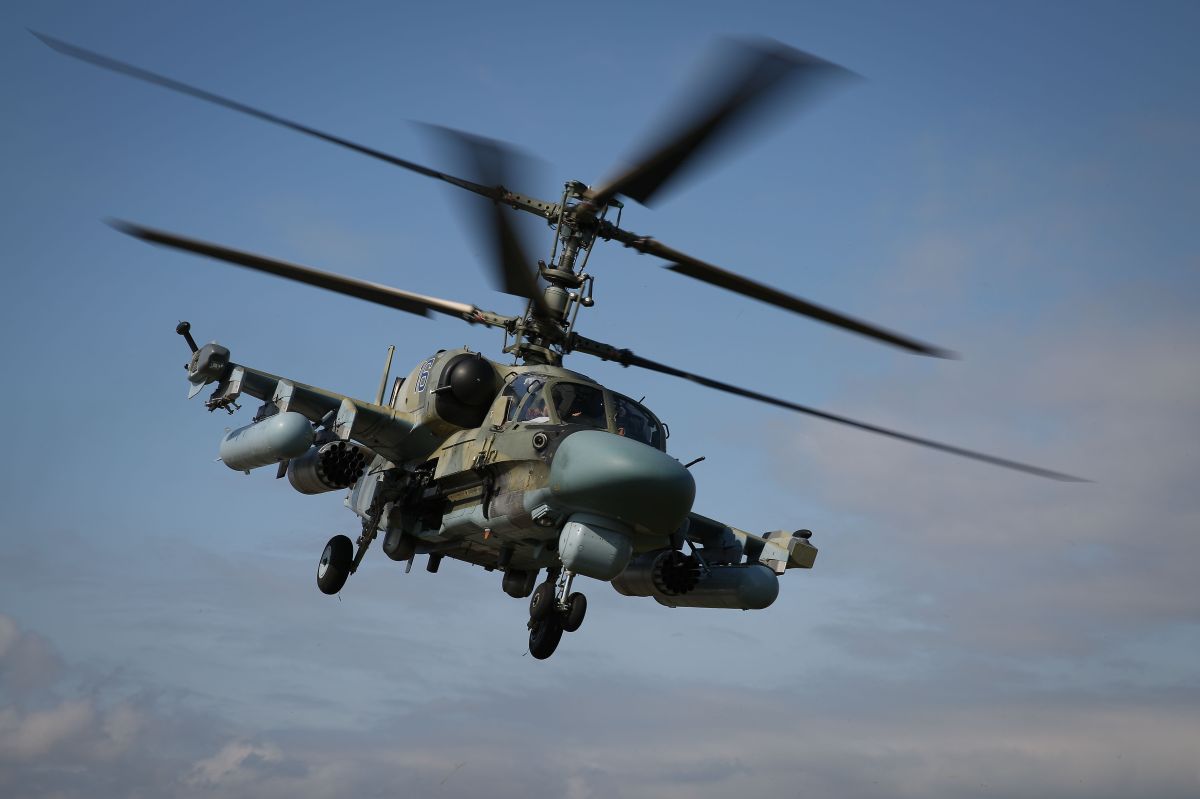 The moment Ukraine shoots down a Russian Ka-52 “Alligator” helicopter was captured on videoproviding a look at one of Russia’s most recent losses in the ongoing war.

The video was shared on Twitter by the Ukrainian Defense Ministry, which said the Ukrainian National Guard shot down the helicopter using an Igla man-portable air defense system (MANPADS).

In the footage, the helicopter can be seen flying into the distance just before being hit, and then continues to travel a short distance before crashing to the ground in a wall of smoke.

Here are the images of the crash of the Russian Ka-52 “Alligator” helicopter:

Although the Defense Ministry did not specify when and where the Ka-52 was destroyed, the Ukrainian National Guard said it was shot down Thursday on the Zaporizhzhia front, Ukrainian online newspaper Ukrainska Pravda reported.

The list of Russian equipment that Ukraine said was destroyed or lost in the ongoing war, as well as the Russian death toll, has accumulated since the conflict began on February 24. In its latest estimate published on Thursday, Ukraine’s Defense Ministry said that more than 2,200 Russian tanks, 4,700 armored fighting vehicles, 253 military aircraft and 218 helicopters have been eliminated. The losses have not been confirmed by Russia.

Ukraine’s Thursday update said 55,510 Russian soldiers had been killed since the start of the war, although Russian Defense Minister Sergei Shoigu announced a much lower number of 5,937 Russian soldiers on Wednesday, Reuters said.

Ukrainian forces have also reportedly come across dozens of pieces of equipment left behind by the Russian military while fleeing a counteroffensive in the eastern Kharkiv region.

The Ka-52 “Alligator” is an all-weather attack helicopter operated by the Russian Air Force, according to Airforce-technology.com. It is a two-seat version of the single-seat Ka-50.

Russia has lost several of the Ka-52 helicopters in recent months, according to Ukraine.

Also read:
Russian soldiers are fleeing so fast they are leaving half their equipment: Ukraine
The United States needs to threaten Russia with a nuclear attack: Ukraine
· Flights to leave Russia are exhausted after Putin announced the mobilization of 300 thousand soldiers