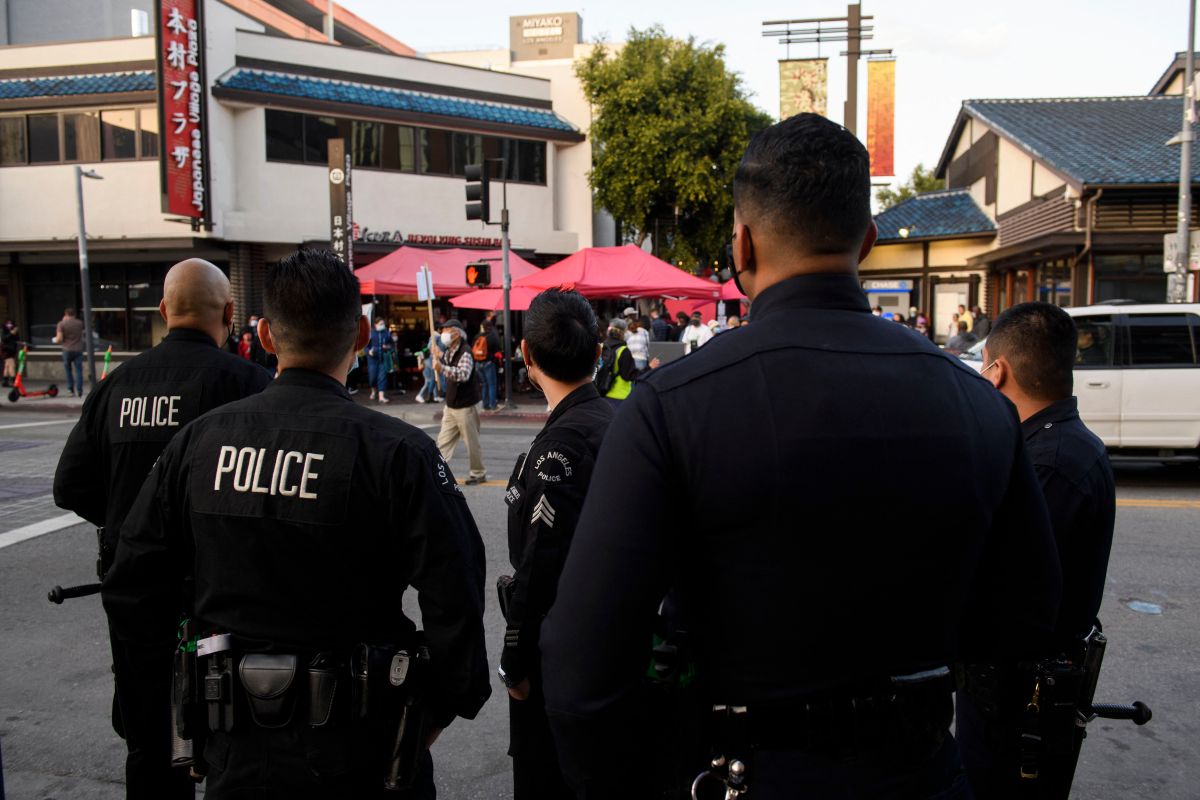 LOS ANGELES – The Los Angeles Police Department (LAPD) released on Monday body camera images of an officer who fired his gun at a suspect in a clothing store and accidentally killed a 14-year-old Latina girl.

The event occurred on December 23 at the Burlington Coat Factory store, in North Hollywood, where officers arrived in response to an alert call about a possible assault with a deadly weapon and subsequent warnings about shooting at the establishment.

The agents found a subject who was trying to assault a woman, for which they opened fire on the attacker, who died at the scene.

Bullets fired by an officer pierced the wall of a fitting room where Valentina Orellana Peralta, 14 years old, he was with his mother. The young woman was pronounced dead at the scene.

The video was posted on the LAPD YouTube page after the head of the institution, Michel Moore, promised transparency in the incident.

The images captured by the agent’s body camera show how a woman was bloody and the suspect is hiding down a corridor when the agent shot him.

The fitting room wall was behind the suspect and the agent could not see that someone was in that place.

Investigators are trying to determine if the girl was in the changing room before the incident started or ran there to hide.

“This chaotic incident that resulted in the death of an innocent girl is tragic and devastating for everyone involved,” Chief Moore said in a statement Thursday night.

“I deeply regret the loss of this young woman’s life and I know that there are no words that can alleviate the unimaginable pain of the family,” he added.

The suspect was identified by the Los Angeles County Coroner as Daniel Elena López, 24 years old. The woman victim of the attack, who was injured, has not been identified.

Investigators are also trying to determine whether the assault on the woman was random or targeted.