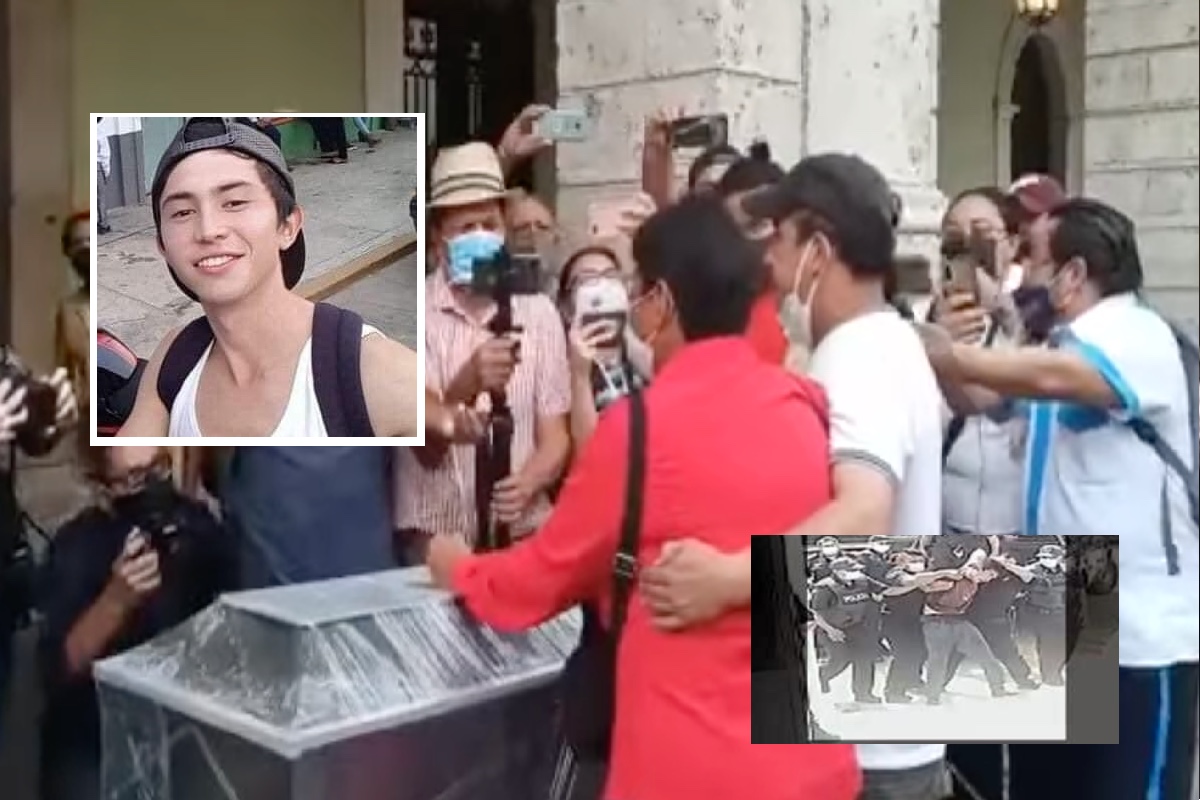 The subjugation of the young José Eduardo Ravelo Echavarría by the municipal police of Mérida, capital of the state of Yucatán, was exhibited in a video captured by surveillance cameras.

In the graphic material, dated July 21, the arrival of the Municipal Police patrol is observed in the first instance, later around six policemen are watching how José Eduardo is lowered from the vehicle’s pan.

· Read also: “Screams were heard and no one helped him”, a young man is allegedly raped and killed by policemen

The policemen take him by the feet and drag him out of the patrol. Two of the policemen hold the young man by the neck, who is handcuffed with his hands placed on his back, and end up leaving him lying on the floor.

At the end of the video, one of the police officers repeatedly places his knee against José Eduardo’s chest while the rest of the municipal officers observe the scene.

On August 8, four Mérida municipal police officers were arrested as allegedly responsible for the rape and murder of the young man.

# ExclusiveDeC4
NEITHER RAPE, NOR BEATEN BY THE POLICE IN MERIDA
This is how he was lying on the floor of the José Eduardo cell.
Agents @PoliceMeridaMx they even go in and give him food and water.
He looks calm, without injuries …
He was arrested for assaulting a taxi driver with a stone. pic.twitter.com/6UUeK5yzgs

Read also: A policewoman kills her romantic partner and her son out of jealousy, then shoots herself

José Eduardo’s mother denounced that her son was detained on July 21 by the police. He charged that he was sexually abused and beaten, which subsequently led to the youth’s death on August 3.

José Eduardo Ravelo Echavarría He died as a result of a syndrome of multiple organ dysfunction, secondary to multiple trauma, according to an opinion of an expert from the Forensic Medical Service of the FGE.

However, on August 13, the four accused municipal police officers were released, since during their hearing the judge decided not to bind them to the process as there was insufficient evidence.

The agents were charged with the crimes of qualified homicide committed in a gang, aggravated rape and aggravated torture.

After the judge’s decision, the State Attorney General’s Office (FGE) reported that it will file an appeal.