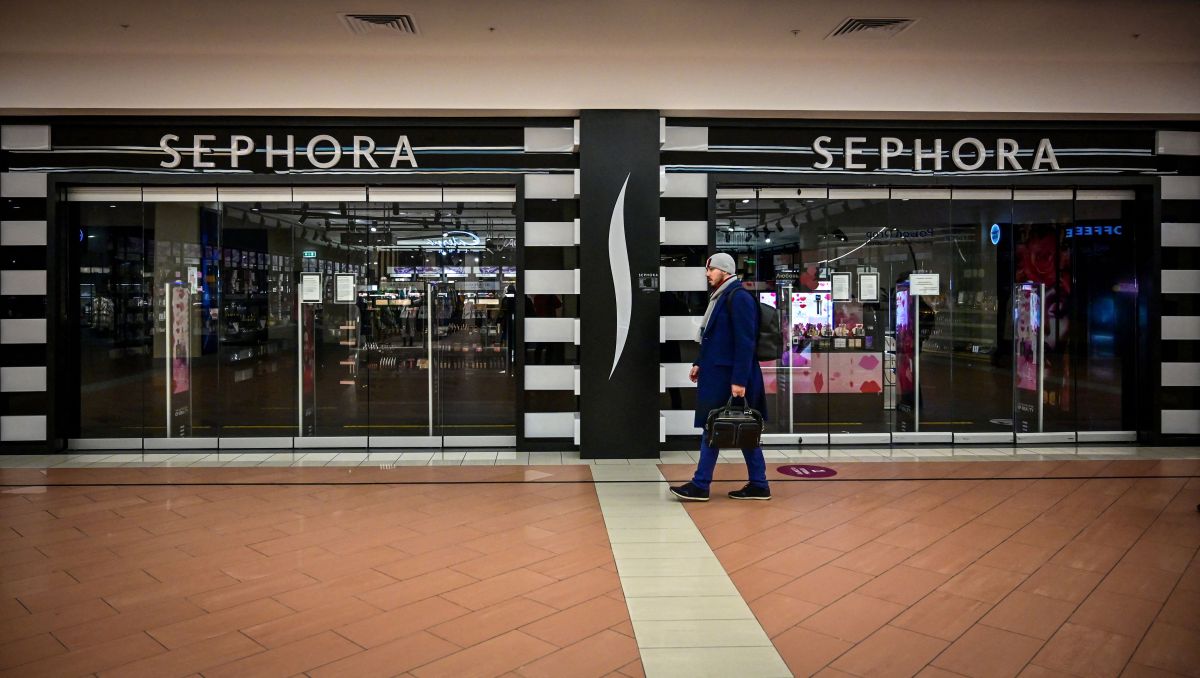 A A trio of intrepid thieves cleared out the shelves inside a high-end makeup store in Los Angeles, as stunned shoppers watched in amazement at the ongoing theftaccording to a video posted online.

The 47-second recording shows the thieves wearing hoodies over their heads as they grab various cosmetics and put them into black garbage bags.

“Oh Lord. Oh my God,” a woman said as she recorded the heist on her cell phone.

At least two workers stood nearby as the scene unfolded, then followed the robbers, as they ran to the exit before calmly walking away with their loot.

The heist took place at the Sephora outlet at the Los Cerritos Center mall around 9 p.m. Saturday and was one of several similar incidents reported there that night, the Los Angeles Sheriff’s Department told Fox 11 LA.

A Forever 21 store was the thieves’ first target, followed by the Sephora store, LASD said.

The video was posted on TikTok on Sunday by user @jessleetv, who added a caption that read: “Just trying to pick concealer then heard a BANG… CERRITOS MALL 5/28 at 8:50pm.”

It quickly went viral, racking up more than 1.4 million views on Monday night. The unidentified criminals appear to have been two men and one woman, prompting one commenter to say, “Your confidence to do that while wearing sliders.”

Read more
* Taquero, assault victim, obtains U-Visa for himself and his wife who rescued him from death
* Cases of violence behind the wheel increased by 41% during the first 4 months of 2022, according to the Los Angeles police
* LAPD officer dies after suffering ‘catastrophic spinal injury’ during training exercise