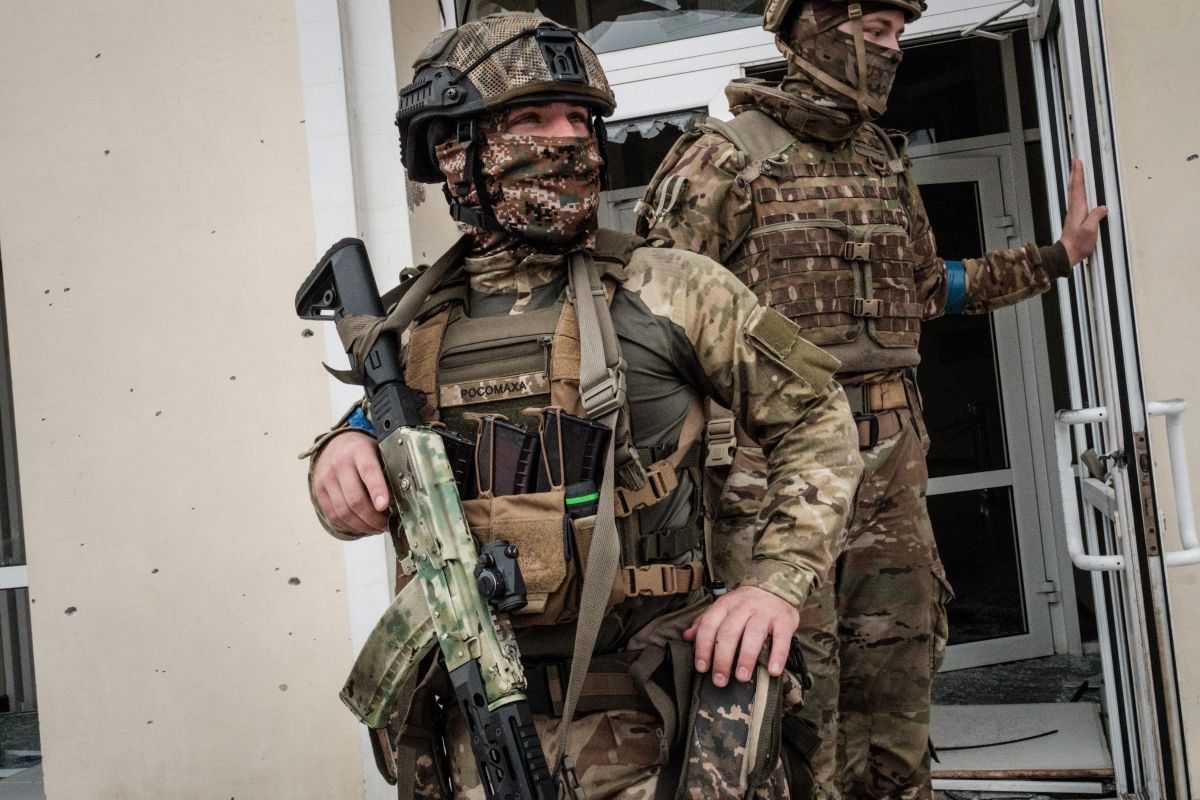 A video shared on Twitter shows Ukrainian troops dancing before seeing victory in the town of Lyman, which they recaptured from Russian forces on Saturday.

“When you see Ukrainian troops are about to surround Lyman,” Ukrainian journalist Oleksiy Sorokin of the Kyiv Independent wrote, tweeting the video, which has now been viewed 1.8 million times.

The video shows the soldiers gathered indoors around what appears to be a military vehicle before the room goes dark, and they dance, waving red lights in the air.

Here is footage of the soldiers dancing in Lyman:

Another video, shared on Twitter by user Ilya Ayzin, allegedly shows Ukrainian troops swaying from side to side as they walk toward Lyman.

“Armed Forces enter Lyman,” Ayzin wrote. “Ours know how to ignite the mood.”

RIA Novosti, a Russian state-owned media organization, reported that the Russian Defense Ministry confirmed Saturday that Moscow had withdrawn troops from the Ukrainian city, which had been occupied since May.

The successful operation to retake the city came after a Ukrainian army spokesman said Friday that the encirclement near the city was “in the final stage.”

“All the enemy’s approaches and logistical routes, through which they delivered ammunition and manpower, are under [Ukrainian] fire control,” spokesman Serhii Cherevatyi said.

Lyman is a town in Ukraine’s Donetsk region, one of four regions where Russians held referendum votes to join Russia earlier this week.

The results of the referendum votes were criticized by the Ukrainian Foreign Ministry, which called them a “propaganda show.” Russian President Vladimir Putin used the votes as a basis for illegally annexing the territories.

The Russian leader’s annexation and the referendum votes have been widely criticized.

“The documents signed in the Kremlin do not determine who has sovereignty over Ukrainian lands. Ukrainian soldiers marching on Lyman do,” Michael McFaul, former U.S. ambassador to Russia, tweeted Friday.

“I strongly condemn Russia’s illegal annexation of the Ukrainian regions of Donetsk, Luhansk, Zaporizhzhia, and Kherson. It is a serious violation of international law and Ukraine’s sovereignty,” French President Emmanuel Macron said on Friday.

Ukraine, meanwhile, stressed that annexation would not alter its military goals of ultimately freeing all territory from Russian control.

“We will liberate our territory by military means. And our actions do not depend so much on what the Russian Federation thinks or wants. Still, on Ukraine’s military potential,” Ukrainian presidential adviser Mykhailo Podolyak told the Associated Press on Thursday.