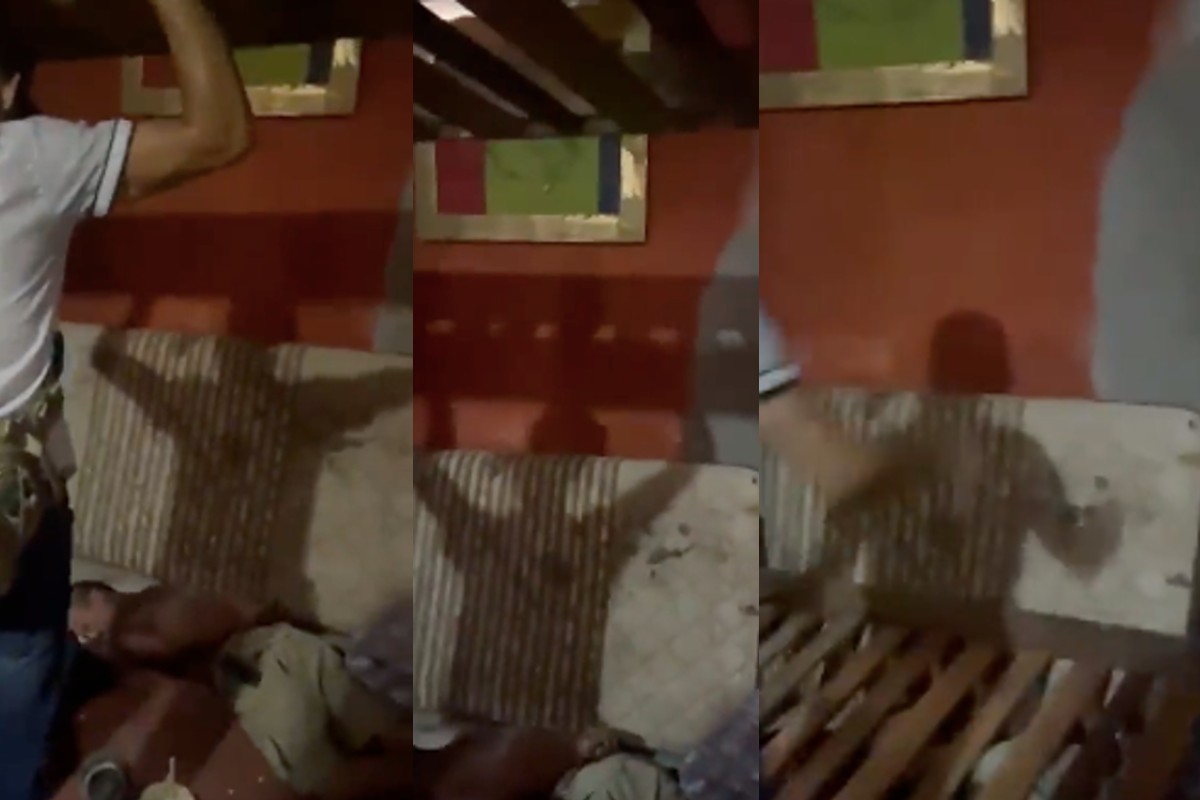 A pair of assassins they recorded the exact moment in which they give him a beating still drug dealerwho allegedly did not meet the sales quota and owes money to a drug cartel. The gunslingers They broke into the building that the victim used as drug dealerThey took off his shirt, tied his hands and then threw a wooden structure at him, then jumped on him as he screamed in pain.

The video, 10 seconds long, captures a dialogue between the aggressors and the drug dealer, but the original flaws in the audio make it difficult to understand what they are demanding, only the following is clearly heard: “Put… I want them now, do you understand? (There are screams from the beaten subject). And if I don’t have them now tonight, I’ll come and (inaudible)”.

The complete video recording was broadcast on the @Calvarie_Locus Twitter account, it can be seen in the following league, but does not offer more details about the cartel that ordered the drug dealer to be beaten, or in which state of Mexico these events occurred. The only thing that can be seen about the aggressor is that he wears blue jeans, a white shirt, a black cap and carries a beige cross-body bag.

In the last year, videos have gone viral on social networks, especially on Twitter and Facebook, in which hit men are seen beating drug dealers who do not meet the requested quota of money. are their own drug traffickers those who filter the images to impose their power, threaten their vendors and intimidate the rival gangs with which they dispute plazas.