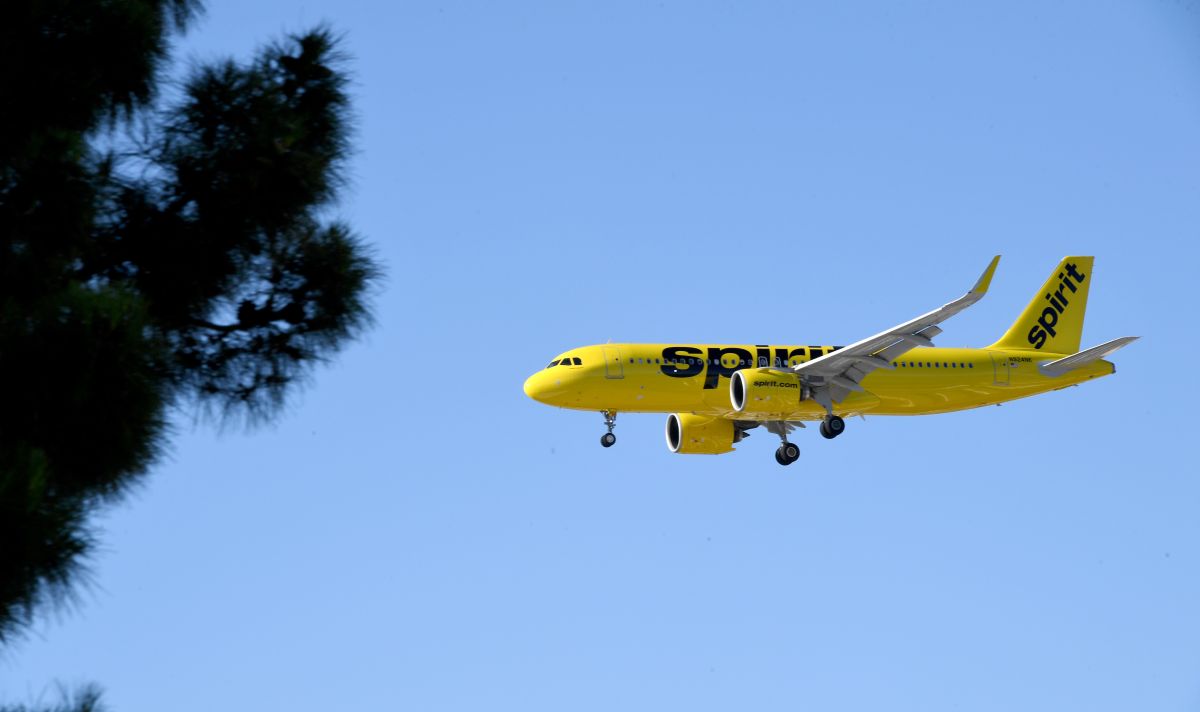 Passengers aboard a Spirit Airlines flight were alarmed to see smoke billowing from under the plane after it landed in Atlanta on Sunday morning.

Firefighters extinguished flames that erupted after the plane’s brakes overheated and caught fire at Hartsfield-Jackson International Airport, announced the Atlanta airport via Twitter.

No one was injured as a result of the fire, but many passengers on board were alarmed and panicked by the situation outside.

Here the images of the fire of the plane of Spirit Airlines:

Videos on Twitter showed black smoke billowing from the underside of the aircraft as a small fire consumed one of the tires.

Another video from inside the plane showed passengers getting up from their seats to look out the windows as the crew urged them to stay seated.

“If the pilot gives us the order to evacuate, we will evacuate, but please remain seated now and keep the aisles clear,” the crew announced over the intercom. “If we have to evacuate, please leave your bags. We’ll let you know, please stay seated.”

Once the fire was out, the plane was towed to a gate where passengers safely disembarked and continued on their way, according to the Atlanta Airport. The incident did not affect any other flights or airport operations.

Also read:
JetBlue promotes flight offers for $54 until August, but for Georgia
· JetBlue Airways offers $3.6 billion to Spirit to merge; seek to grow before larger airlines
Stewardess reveals why you should never drink coffee or tea on a plane