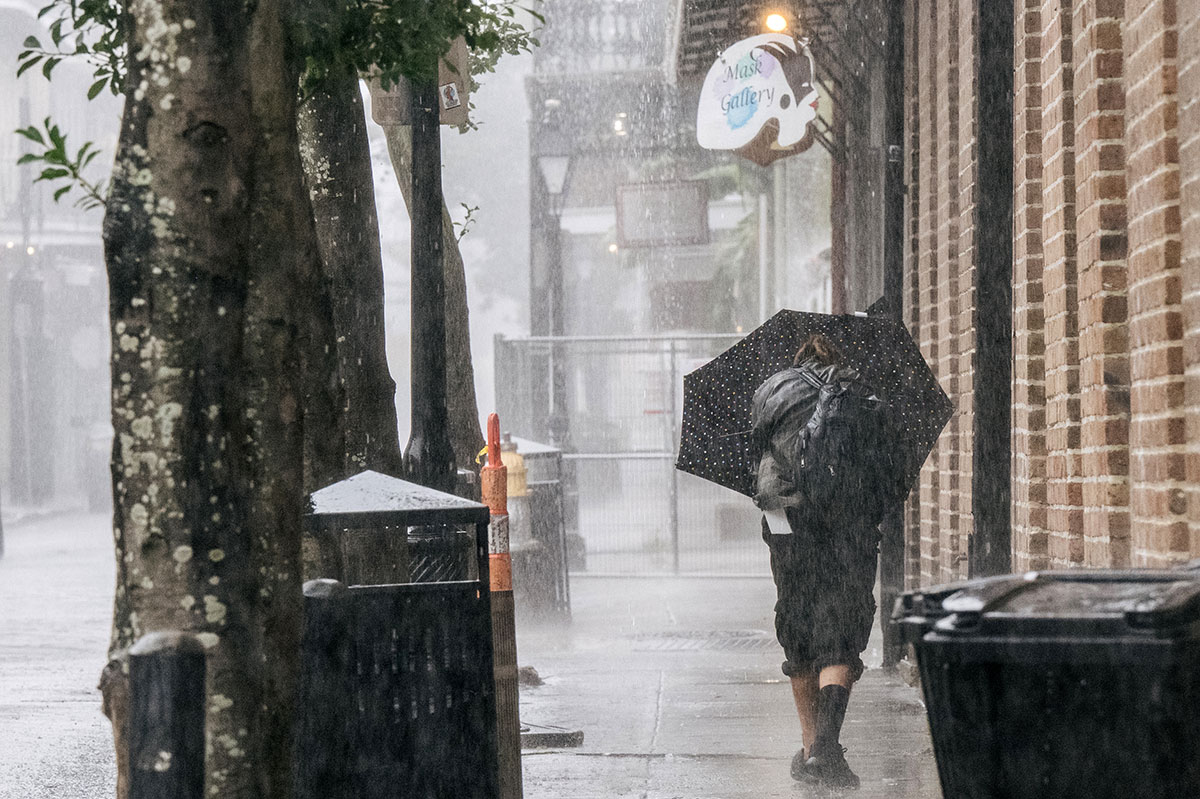 Mighty Hurricane Ida made landfall off the Louisiana coast with maximum sustained winds of about 150 miles per hour (240 km / h). and more intense gusts leaving floods and destruction in their wake.

“1155 AM CDT: Ida made landfall as an extremely dangerous Category 4 hurricane near Port Fourchon, Louisiana, with maximum sustained winds of 150 mph and a minimum central pressure of 930 mb (27.46 inches),” he noted via his Twitter account the National Hurricane Center of the United States.

1155 AM CDT: #Going made landfall as an extremely dangerous category 4 hurricane near Port Fourchon, Louisiana, with maximum sustained winds of 150 mph and a minimum central pressure of 930 mb (27.46 inches) https://t.co/tW4KeFW0gB pic.twitter.com/iHdKMGk0tq

The eye of “extremely dangerous” Category 4 Hurricane Ida struck near Port Fourchon, located about 50 miles (80 km) southwest of New Orleans, A city that fears may relive the 16-year-old tragedy caused by Hurricane Katrina, which killed more than 1,800 people.

A large tree was uprooted and fell on residences in Harvey, New Orleans, Louisiana.

Images shared by social media users show the force of the winds with which Ida impacted upon reaching Louisiana and Mississippi.

Oil rig receiving the ravages of the cyclone in Grand Isle, Louisiana.

Before the imminent arrival of Hurricane Ida, Joe Biden‘s government announced preventive measures and issued the emergency declaration for Louisiana and Mississippi.

A security camera in a home on Grand Isle, Louisiana, one of the barrier islands off New Orleans. Near here Hurricane Ida made landfall.pic.twitter.com/cHznITJFJg

The threat of flash flooding is getting worse as the great hurricane #Going is approaching land. Gulfport’s beaches have been overtaken by water on the coast of #Mississippi.

In a video released by the United States National Hurricane Center the flight of the “hurricane hunter” plane is observed over the eye of Hurricane Ida.

Stunning video taken from inside the eye of #Going this morning by the NESDIS Ocean Winds Research team during a flight on the @NOAA_HurrHunter P3 aircraft @NOAASatellites pic.twitter.com/sjt970Yeiq

During Saturday, Roads in Louisiana were congested amid the desperation of some residents to evacuate the area.

Continue Reading: Louisiana and Mississippi on high alert for the arrival of powerful Hurricane Ida