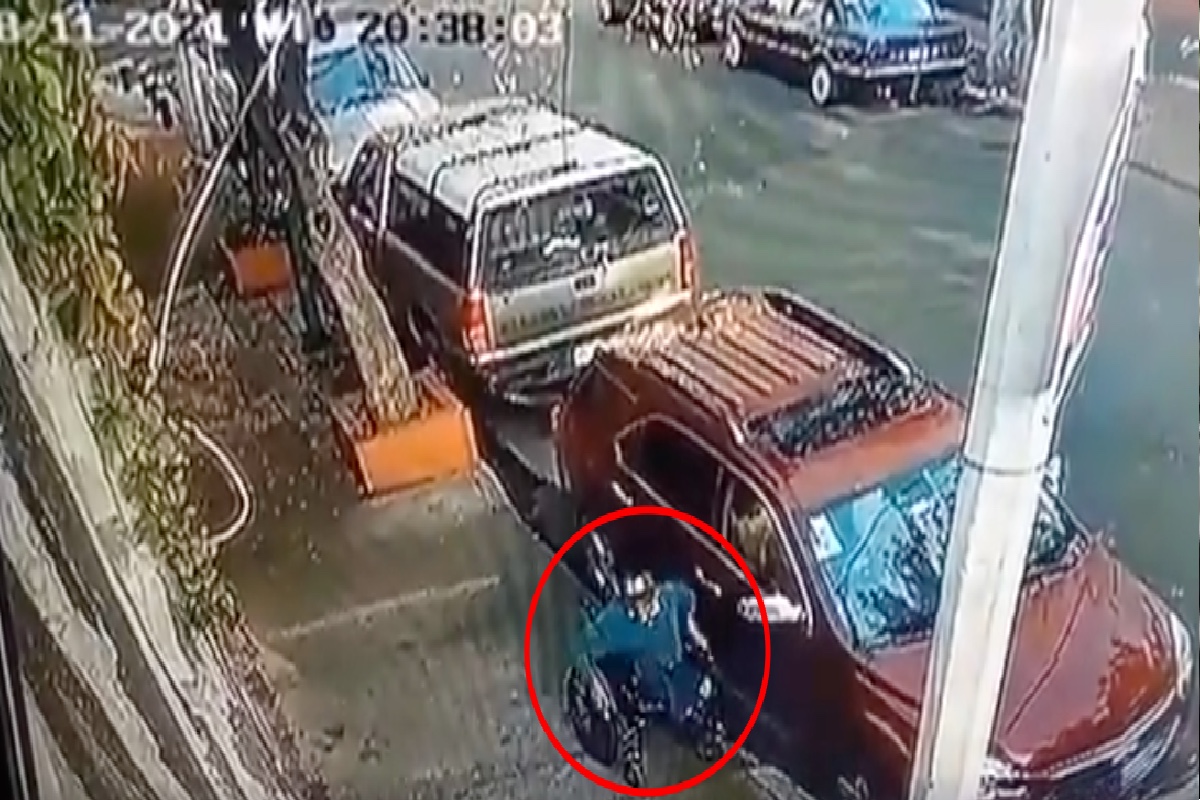 A man in a wheelchair stole accessories from a vehicle, was captured on video and was detained by elements of the Mexico City.

The individual, identified as Mauricio, 49, lacks his left leg, but his disability did not represent an impediment to commit a crime in the Independencia neighborhood, Benito Juárez mayor’s office.

· Read also: VIDEO: Victim of robbery chases criminals and runs them over; this is the exact moment

According to reports from the authorities, this morning stole the rear-view mirrors of an SUV, which was parked on Luis Braile street almost on the corner with Eje Central Lázaro Cárdenas.

A nearby surveillance camera recorded his operation in detail. In the images it is observed that it advances along the sidewalk until it approaches the Chevrolet Equinox and pulls the mirror to detach it.

Read also: Woman kills her 5 children and then tries to commit suicide on train tracks

Then he keeps it in the sweatshirt he wears, but when maneuvering your way the chair flips over and lands on its back.

For a few seconds he crawls and struggles to get up, until he is helped by a neighbor. The settler finishes accommodating him in his vehicle and leaves, while the thief does not give up.

Read also: PHOTOS: They exhibit uncles as a girl who committed suicide due to the beatings he received from them

He circles the truck, removes the other mirror, and finally runs away.

However, the owner of the truck spotted it right away and called 911 for help.

Auxiliary elements of the mayor’s office and preventive from the Álamos-Narvarte Sector carried out joint patrols in the area and managed to capture him a few blocks away.

The individual was placed at the disposal of the Public Ministry, where an investigation for theft of auto parts was initiated and his legal situation will be defined.

· VIDEO: Thief is caught stealing car with baby inside; I didn’t want daddy to put the little one down

· Subject raped a 4-month-old baby and recorded himself; This is how the mother of the little angel discovered the pervert