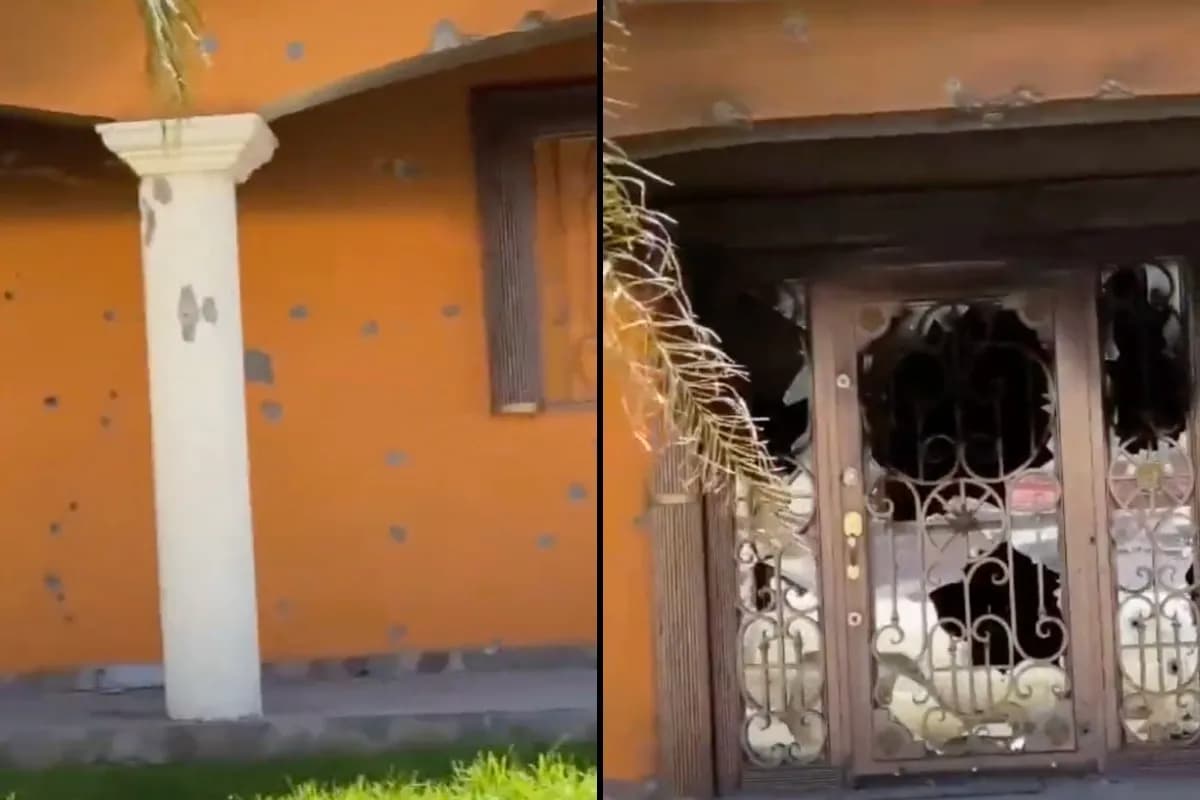 Images of houses shot in the municipality of Calera, in the state of Zacatecas in Mexico, circulate on social networks, where groups of drug traffickers of the Jalisco New Generation Cartel (CJNG) and Sinaloa Cartel (CDS) and Taliban Cartel.

In the images you can see how several houses have bullet holes, broken glass and look abandoned, since many of the families that inhabited them have had to leave because of the fear of losing much more than material things.

These war images are not from Syria, nor from Iraq, nor from Afghanistan they are from #Calera,#Zacatecas, #Mexico + Forced displacement due to the violence generated by the war between the Del Sinaloa Cartel / ZCDN vs. the Gulf Cartel / CJNG / GF vs. Taliban.#MexicoStateFallido pic.twitter.com/tQ5qXmFSYh

But Calera is not the only place affected, because Sarabia in the municipality of Jerez, also in Zacatecas, is nowhere near being a ghost town since, according to journalistic investigationsIn the region, there are only 10 of the 100 families that inhabited the town, and not only that, this August 30 when it is planned that Mexicans return to schools, that will not happen there since there are no teachers or students to open the only school in that place.

Families leave their homes because of the CJNG and the Sinaloa Cartel https://t.co/A0eDF6k3L3 pic.twitter.com/DRGqWSUhTm

And it is that most of the inhabitants left their houses furnished because they only took what was necessary before the wave of violence and kidnappings that was registered in the area from which the criminal groups are behind. “I am more afraid of the cartels than of the covid,” said one of the displaced.

In recent months there have been different acts of violence in the state of Zacatecas where he Jalisco New Generation Cartel and the Sinaloa cartel that are the two main criminal groups that operate, but there is also a record of the presence of the Gulf Cartel (CDG) and the existing subdivision of The Zetas: the Northeast Cartel (CDN) and The Taliban, gangs to which, due to their territorial and market dispute, what happens is attributed.