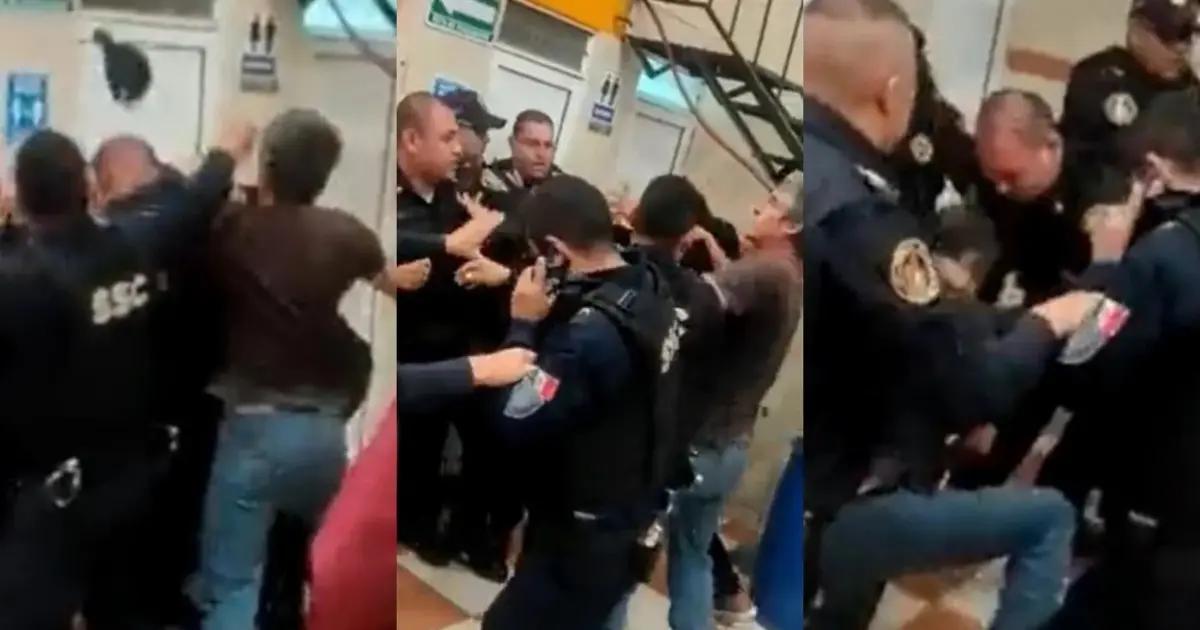 A video circulated on social networks shocking and outraging Mexican Internet users because it shows a fight between a subject and a Mexico City police officer in an establishment.

According to the information of the moment and what can be seen in the audiovisual, agents of the Mexican Secretariat of Citizen Security (SSC) try to separate an element of the corporation that exchanges intense blows with one of the diners.

As for the other uniformed officers, it can be seen how they try to intervene. The latter, raising his arms above the heads of the police officers, tries to throw punches against one of the group’s officers.

However, the restraint his colleagues tried to apply was not enough because when he continued to insist, the officer managed to reach him to throw the civilian to the ground while he punched him in the face.

At that moment, a policeman managed to move the civilian backward. He pushed him away from the other officer, whom the networks identified as the supervisor of the others, with his own body while the gentleman hurled insults and recriminations at his opponent.

“They are assaulting the gentleman. Record them. Record them, record them all” one of the women can be heard capturing the moment while other diners moved away from the group so as not to get hurt, and others recorded.

When they were finally separated, the fighting officer adjusted his shirt and left the place along with the other officers, who, according to the customers, were responsible for the aggression.

Both users and other media reports mentioned that the agents’ supervisor was involved in the aggression. However, the motive for the fight is unknown.

The fight allegedly occurred inside the taqueria “EL PAPI” located in the Gustavo A. Madero district in Oriente 91, in the Mártires de Río Blanco neighborhood. Neither the SSC nor the Attorney General’s Office of Mexico City has taken a position on the facts.

Recently, news circulated about the arrest of a man who allegedly assaulted several people with a knife in the capital’s Metro after harassing a woman.

According to official reports, the 50-year-old man was seen harassing a female user, so when passengers tried to stop him, he pulled out a knife, injuring some people.

This happened during the morning of Thursday, October 27, at the Chabacano station on Line 9, and the tense moments were captured in a video in which it can be seen how with a knife in hand and with his mouth bloody from a blow he threatens the other people.

However, when he tried to flee, the authorities managed to detain the man after the passengers shouted for help. Although it was not entirely straightforward for the law enforcement officers, the alleged aggressor was reluctant to give in to indications to drop the weapon.

“They hit me” he argued as two officers instructed him to turn around and drop the knife.