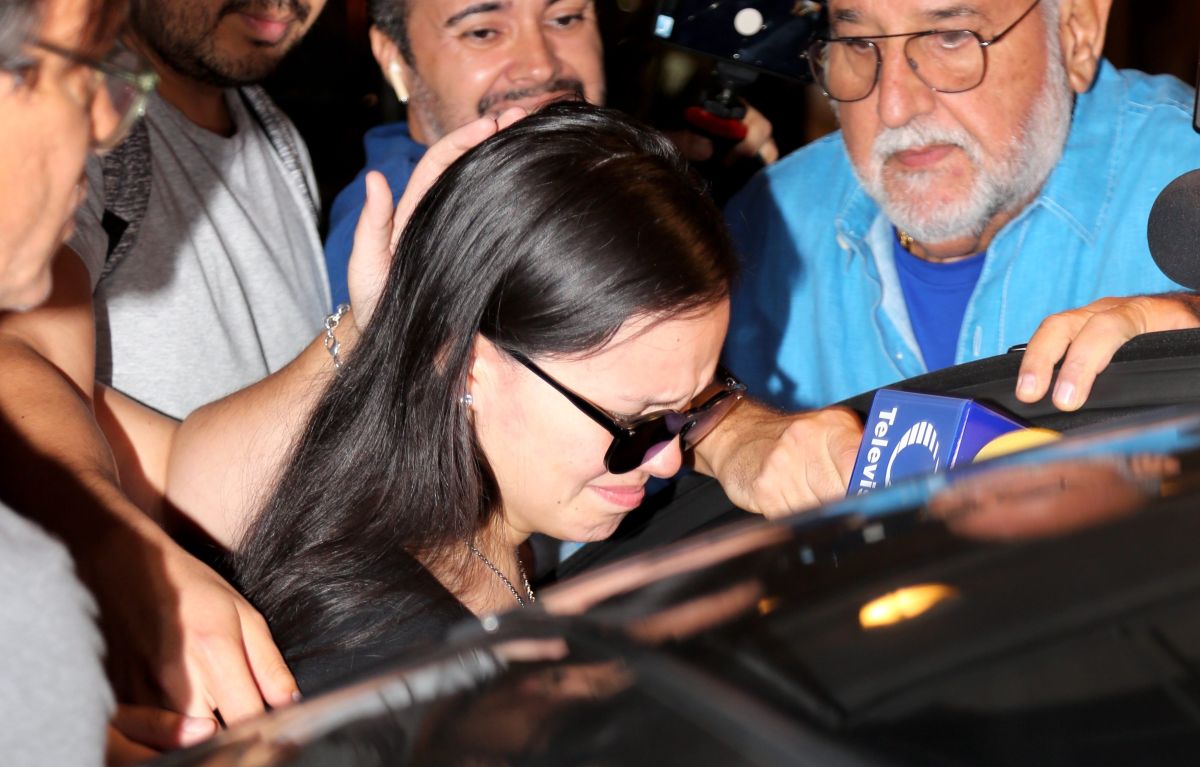 After the death of the great José José, his youngest daughter, Sarita Sosa, She seeks to take advantage of the fame of her late father, even a few weeks after her goodbye she began to launch her singing career and appeared in countless programs, magazines and various media.

But now it seems that he does not want to know anything about anyone, because during the last weeks he has hidden from the press and does not open the door to any communicator whoever he is.

And it is that this refusal and secrecy on the part of the controversial daughter of “Prince of the Song”, with the press, it occurs right in the middle of the dispute that exists for not recognizing Anel Noreña as the universal heiress of the popular singerThus, Sarita still does not show her face, even though they look for her at the door of her house in Miami, Florida.

Well the controversial Sarita, is avoiding the press, without distinction of companies or colors, because it seems that by legal means it has been practically impossible for them to claim something of the inheritance of the successful interpreter of “Gavilán o paloma”, because after the revelation of the Last testament of the Mexican artist, it was revealed that she would not remain as universal heir as she intended.

That is why, despite having given exclusive interviews to Hispanic entertainment media in the American union, now Sarita Sosa’s closure is total and for several weeks she has not shown her face at all.

The most recent episode of these outrages by Sarita Sosa occurred this week when the host of the YouTube channel “Chisme no like”, Javier Ceriani, undertook the task of going to the door of his house looking for a statement on the issue of inheritance.

It was precisely in the gate of Sarita’s house in Homestead, Florida, that the show driver showed how there were even several vehicles parked on the outskirts of the place, so it was obvious that there was someone in the house, but not even someone opened it.

The conductor has also been criticized, because although he did it with a touch of sarcasm and comedy; He took some cigarette butts from the front door of the house in order to carry out DNA tests to verify Sarita’s relationship with José José, which earned him to be criticized and singled out for violating Sarita’s privacy. Thus, no matter how many attempts Ceriani made, none of the Salazars came out to at least send a greeting.

Given this experience lived by Ceriani, it is worth remembering the very similar moment that the famous journalist from TV Azteca’s shows went through, Pati chapoy, who in 2018 also visited the house of the Saras, when José José was still alive, but in the same way no one opened him, wanting to see the “Prince of the song”.

At that time the journalist even left the singer a note that read: “Dear Jose. I stopped by your house just to say hello and see how you are, I would have loved to see you, hopefully soon I can. Paty Chapoy ”.