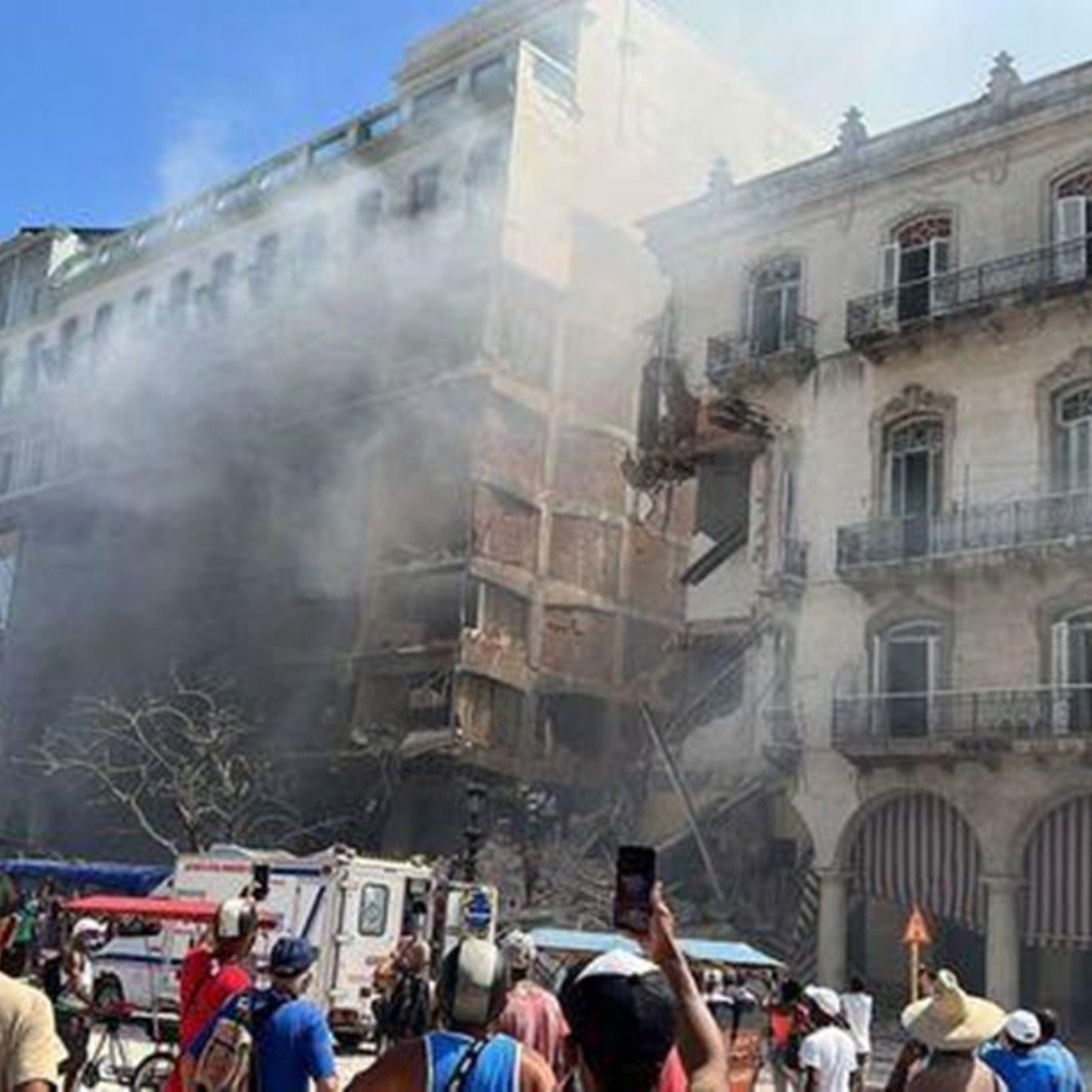 Havana.- a loud explosion of unknown origin this Friday seriously affected the Saratoga hotel in Havanawithout knowing for the moment if there are victims.

The burst It occurred around 10.50 in the morning (14.50 GMT) and caused the collapse part of the facade of the building, also affected by a fire that generated a large column of white smoke, visible from much of the city of Cuba.

The ground floor, first and second floors of the six-story building were seriously affected by the explosion, which knocked down the façade, causing a shower of rubble on the street. The mountain of debris on the sidewalk exceeds the height of a person.

Read more: There are 3,309 civilians killed by Russia’s invasion of Ukraine, according to UN report

The official media Cubadebate assured in a first report that there was “serious damage and possible losses” and pointed out, citing witnesses, a possible gas leak, an unconfirmed extreme.

Emergency teams, firefighters and soldiers moved to the scene. Many onlookers also gathered around the building.

The city authorities have not reported at the moment on the causes of the burst or about possible victims.

The Saratoga It is located in a neoclassical-style building built in 1880 and has been operating as a hotel since 1933. Its last restoration took place in 2005, according to official media.

Read more: Woman who starved her daughter is sentenced to life in prison in Argentina

With five stars, the hotel It is considered one of the most luxurious in the city.

The establishment is located in the Paseo del Prado, one of the main avenues of Havana Vieja, in the historic center of the Cuban capital.

“I’m sorry for the explosion of the hotel Saratoga in Havana, Cuba. Our solidarity to victims and affected as well as to the people of that endearing brother town. The planned tour continues its course as planned,” wrote the Secretary of Foreign Affairs of Mexico.

Great explosion at the Hotel Saratoga (Havana, Cuba). It happened a few minutes ago. pic.twitter.com/3C2t6xjqzX