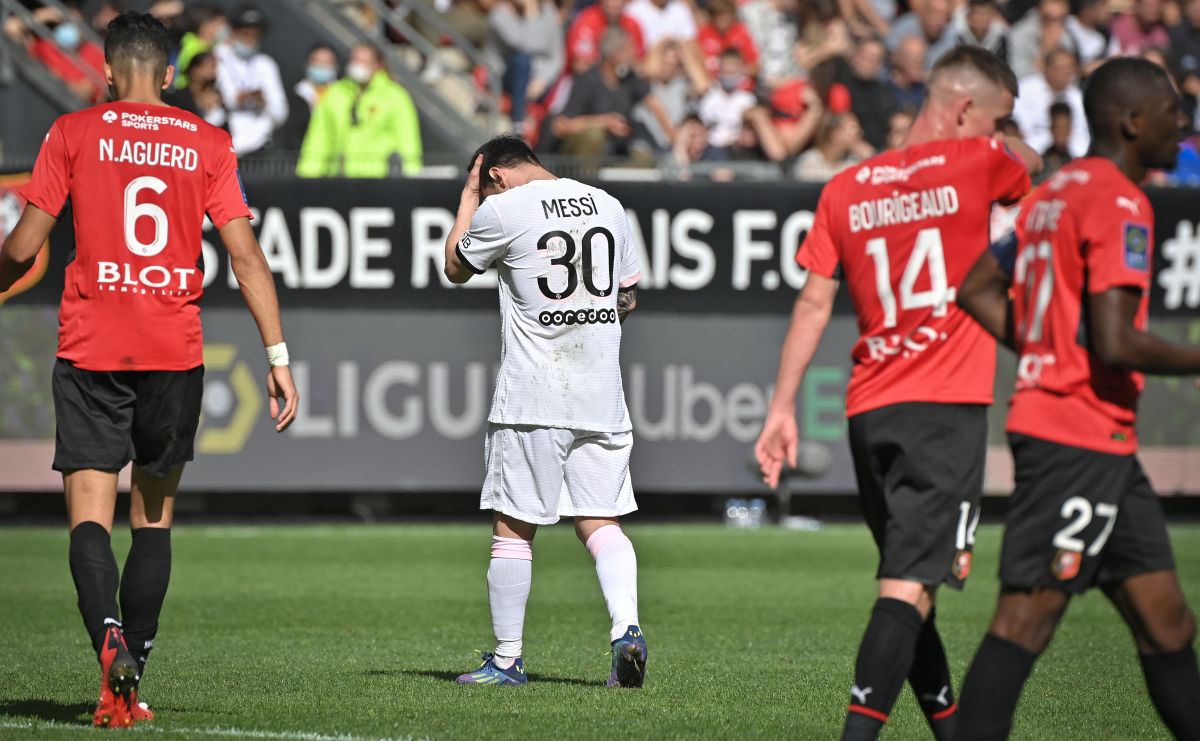 The PSG was defeated (2-0) against Reims on matchday nine of Ligue 1. Lionel messi, Neymar, Mbappe and Say Maria They started in attack, but could not hurt the rival defense. And all eyes are on Messi, the most anticipated signing by Parisian fans in history. The Argentine could not chain games scoring after “vaccinating” Manchester City because he met his main enemy since he arrived in France: the post.

At minute 30 ′, with the match tied, Messi disputed to collect a free kick. And he cashed it almost perfectly. By centimeters it was not a goal. The post denied him and PSG the celebration.

After that shot, Messi had no other clear goal option. Mbappé scored and his goal was canceled, and Kylian himself had another very dangerous action. However, the Argentine genius did not see light in the face of the rival goal.

The post has hampered Messi’s various celebrations with PSG. After the free kick against Rennes, Leo adds three balls to the paral since he arrived in Paris. Three posts in five games. Unusual.

His nightmare began in the first match of the UEFA Champions League, against Bruges. The post took away the goal of the day. Against Lyon he also hit the ball to the post in a free kick, just as he did on this last day. He has not scored goals, but the “challenge of the post” Lionel Messi has already surpassed him with a very high note.