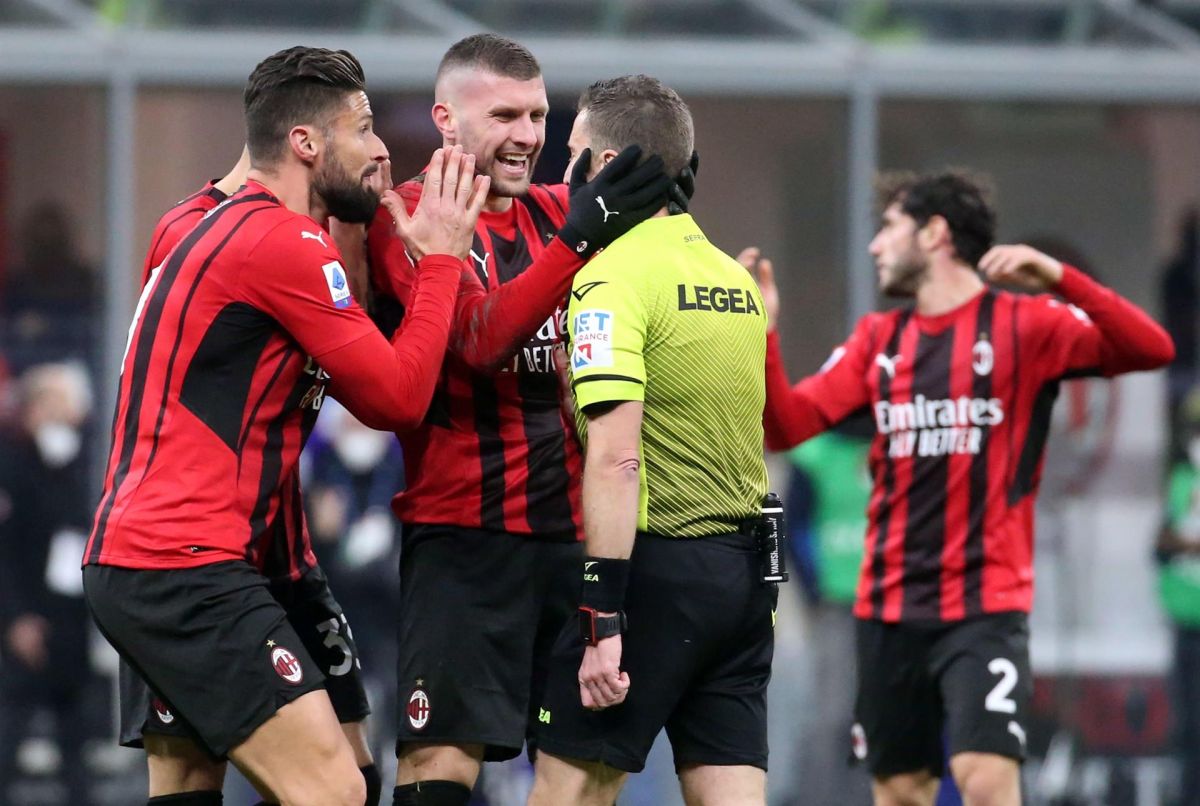 An incredible and unforgivable Referee Marco Serra’s error prevented victory and subsequently gave way to AC Milan’s defeat against Spezia by a score of 1-2 in the match corresponding to day 21 of Serie A in Italy.

The scoreboard at the San Siro stadium marked 1-1 in the 92nd minute of the match, when Croatian Ante Rebic went on the attack with the ball and was suddenly knocked down by a rival, Junior Messias appeared there to rescue the ball and beat the goalkeeper with a crossed left foot, but in an inexplicable way the referee whistled the previous fault and annulled the goal.

immediately his own Serra realized the serious mistake he had made and apologized with his hands to the players of the neroazurro team. However, his whistle came before the goal, and therefore the game was resumed with a direct free kick in favor of the Milan team, without the VAR being able to intervene.

Later, the Swede Zlatan Ibrahimovic almost dressed as a hero with a header from a corner that crashed into the top post. To the further annoyance and disbelief of Milan, a counterattack by Spezia that ended in a goal by the Ghanaian Emmanuel Gyasi, caused the defeat of the local team in the last minute of the game.

With this result, Spezia achieved a victory at San Siro for the first time in 100 years, something that also benefits them in their fight for permanence, while significantly harming Milan in its aspirations to fight for the leadership of Serie A against Inter, who now surpasses it by two points but with one game in hand.

It should be noted that the Portuguese Rafael Leao was the one who opened the match scoreboard at minute 45+1 in favor of the Milanese team, while the Colombian Kevin Agudelo, achieved the tie for Spezia at 64′.

Also read:
– “His signing was a total fiasco, it is a package”: Italian press explodes against Chucky Lozano
– Follow the novel Dybala-Juventus: The Argentine does not celebrate a goal and increases the controversy over his renewal [VIDEO]