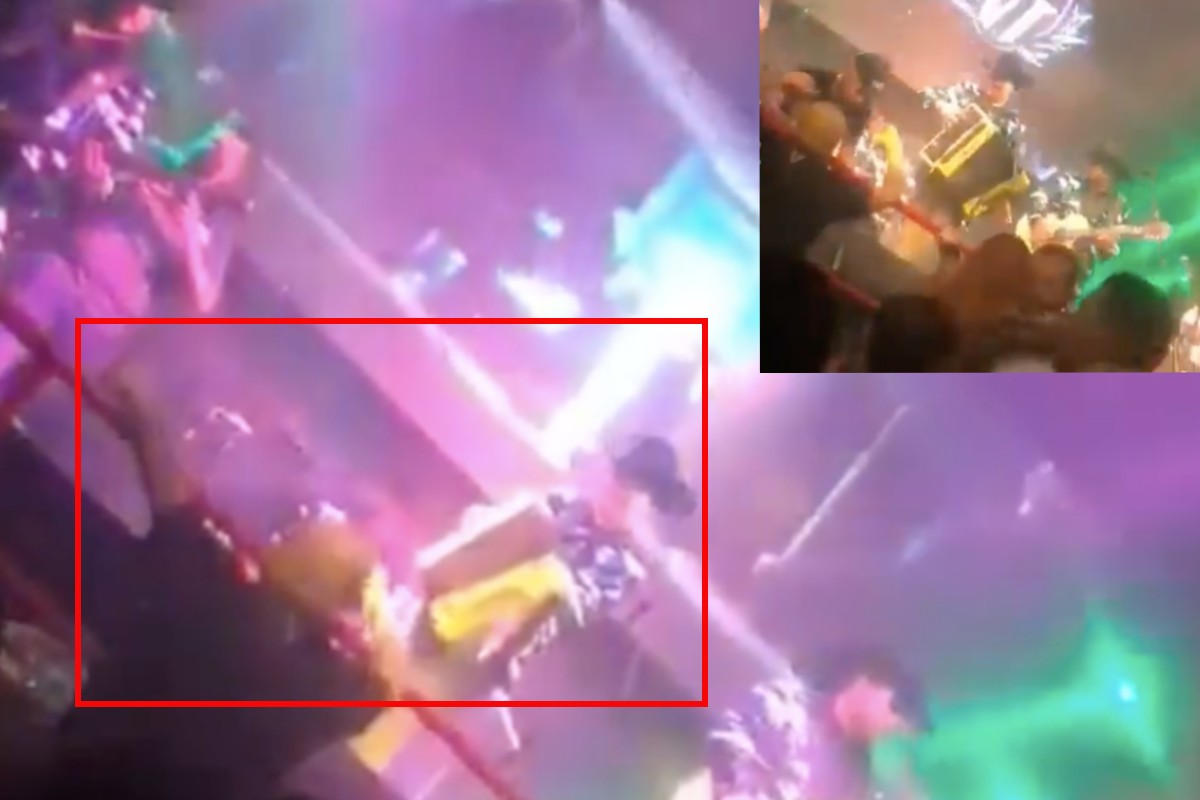 Photo: Screenshots taken from the video by @narcoguerramx / Courtesy

What a surprise that the members of a musical band had when they were interrupted by drug traffickers during one of their shows. The musicians did not know that in a bar on the border, control was held by people from Ismael “el Mayo” Zambada and not them Children of Joaquin “El Chapo” Guzman. The group began to sing a narcocorrido that talks about the Chapitosbut a regional chief of the Russians, armed wing del Mayo, they demanded that they stop their show or change the song. Faced with bewilderment, the musicians continued singing, but with fear and more reserved. The events occurred in a bar of Mexicaliin Lower Californiaon the border Come in Mexico and the USA and everything was recorded on video.

In the video recording, lasting a minute and a half, the group can be seen singing and a subject who approaches the stage to ask one of the team members to stop singing or to interpret another song. While this was happening, the musicians looked at the scene confused and continued with their show.

The war between the Mayo and the Chapitos

When Joaquín Guzmán Loera was arrested and extradited from Mexico to the United States, el Mayo and his sons assumed leadership of the Sinaloa Cartel (CDS); however, there is an internal rupture and both groups are fighting for control. El Mayo began to deploy its assassins from the MZ Operation to various states to win jobs, while the Chapitos dominate some border areas.

The Sinaloa Cartel and Jalisco New Generation Cartel (CJNG) are the Mexican criminal organizations with a presence in Canada and the United States, considered by the Joe Biden government to be two of the most dangerous. The Sinaloa Cartel was founded by Chapo Guzmán and the CJNG, by Nemesio Oseguera Cervantesaliases the Mencho.