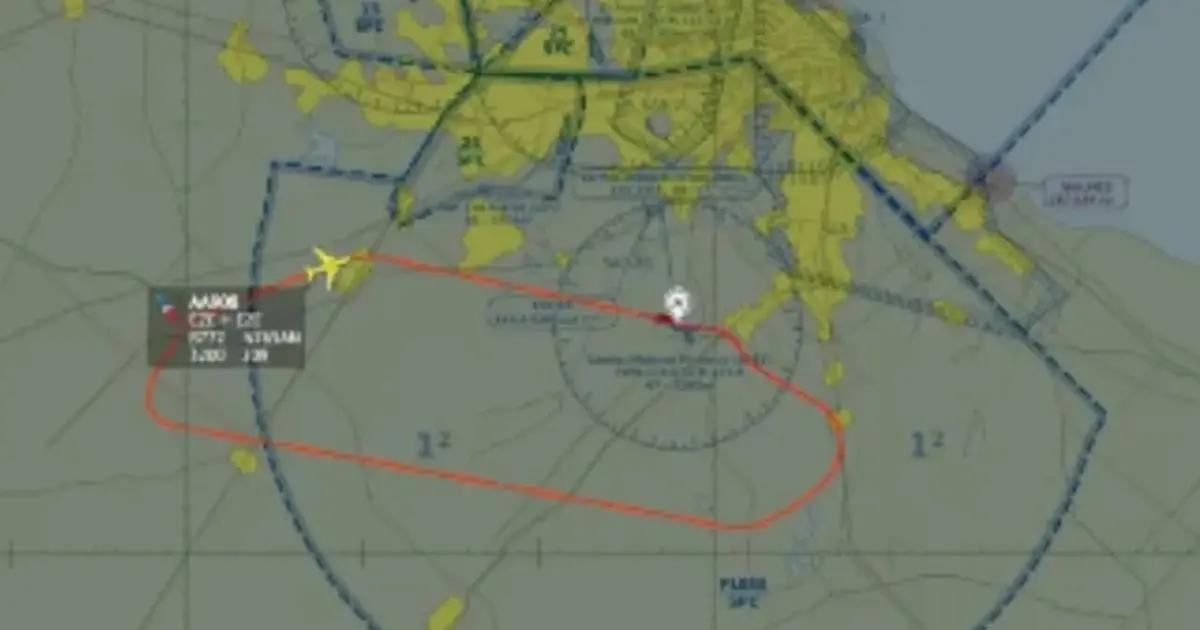 Although it was a moment of great tension and uncertainty for the passengers, the American Airlines plane that took off Thursday night from Ezeiza airport in Buenos Aires and just minutes later experienced a fire in one of its engines was able to land again at the same point from which it departed in Argentina. A video of the short trip made by the aircraft circulated on social networks.

A Boeing 777-223ER model of the North American company American Airlines covered Buenos Aires – Miami route under flight AAL908. According to the Twitter account Aviones en Ezeiza, the aircraft took off at 22.28hrs but had to return quickly after a stall in one of its engines, i.e., there was a compressor loss, and the airflow was interrupted.

In the video posted by the same Twitter account, it could be seen that the plane took off in an easterly direction but abruptly had to turn west to return to Ezeiza. It was only in the air for 15 minutes.

Also, after landing, the runway identified as 17-35 had to be closed, as there was debris from the engine. It was also reported that the airport was temporarily closed, but shortly after an hour, it resumed operations.

In one of the photos of the case that went viral, the state of the engine could be seen, evidencing the mishap that the pilot, flight attendants, and passengers experienced that night. In the same image, American Airlines personnel, identified with vests with the company’s logo, were looking at the burned engine.

On the other hand, once the plane landed, it was found that no passengers were injured, and it was reported that all were out of danger. So far, no photos or videos of the moment of the fire in the air are circulating on social networks.

According to information provided by the airline to Télam, the engine failure could have been caused by a bird that was sucked into the turbine and, consequently, the loss of compression occurred.

According to websites specialized in aeronautics, when the airflow is interrupted, it is forced to be released elsewhere, which creates a high-pressure situation in the middle of the engine, which can sometimes create an explosion, and causes the air to escape forward and backward simultaneously. Flames can sometimes be seen on both sides of the engine, accompanied by loud detonations.

Just this week, a Latam flight covering the route from Santiago de Chile to Asuncion went through a severe storm that caused heavy turbulence. It caused severe damage to the aircraft, including a broken trunk and windshields. The aircraft landed at Silvio Pettirossi Airport, in Paraguay, with one engine down and severe damage to its general infrastructure, for which it was declared an emergency.