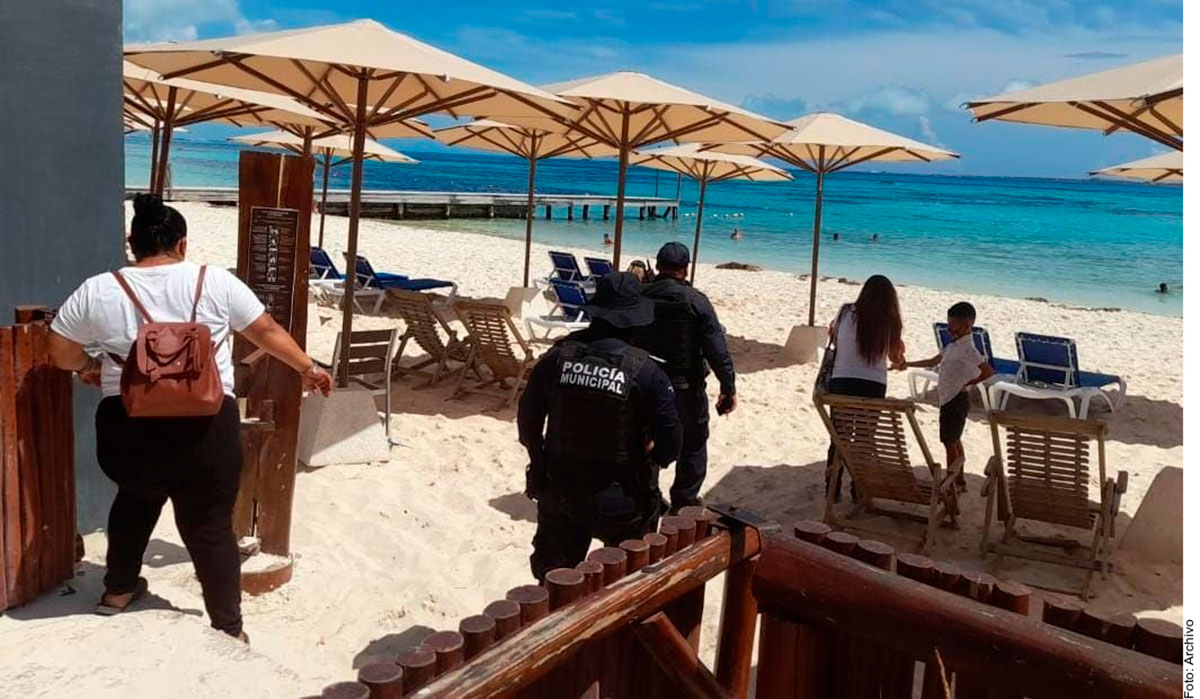 In social networks they spread videos of the arrival of the armed group that murdered two alleged drug dealers on the beach of the Hyatt Ziva hotel, in Petempich Bay, in the municipality of Puerto Morelos, Cancun, in Quintana Roo Mexico, last Thursday, November 4, and that caused panic among tourists.

In two videos released by Twitter user Benjamin P. Toledo (@benyamenn), it is observed how this armed group, made up of more than a dozen people, enter through one of the hotel entrances and walk along the beach in search of suspected drug dealers.

In a third video, the images show the moment when the armed group pursues the drug dealers, one of whom falls to the ground on the beach and is taken away, while the other runs into the hotel and is chased by the armed people.

In a fourth video released by journalist Carlos Jiménez, the armed group is seen escaping in boats after the shooting in Petempich Bay.

At a press conference, the Attorney General of the State of Quintana Roo, Óscar Montes de Oca Rosales, reported the arrest of two people identified as César “G” and Miguel “Y”, and the seizure of three vehicles, in addition to indicating that the violence unleashed was the product of a fight between two sides belonging to the Sinaloa Cartel.

“Two drivers were captured while a third fled, there was even an exchange of shots against police elements, managing to escape into a jungle area”,

“The first investigations have revealed that the groups that faced They are a split from the Sinaloa Cartel and now they are fighting for spaces for the sale of drugs“, said.

“One of the groups is led by the subjects named Josué ‘S’, alias ‘El Cheché’, and Hugo ‘P’, alias ‘El Gemelo’, who are being held in the Benito Juárez Cemetery (Cancún) and these According to the investigations, they were the ones who ordered the violent action in which the victims lost their lives, ”he said.

The Prosecutor specified that the authorities have evidence that points to relating these violent events to another leader of the same Sinaloa Cartel who goes by the name of Uriel “P”, alias “The (other) Twin.”

“He is at liberty, so in due course criminal action will be brought against him for his probable participation in the events,” he said.

In the armed attack last Thursday on the beach of the Hyatt Ziva hotel, in addition to the two alleged dead drug dealers, Four people were injured, including a tourist of American nationality, who after the shooting and being treated, returned to the hotel in a wheelchair, as shared by the Twitter user @VicenteGarcia.

It may interest you:
Two men are reported killed in a shooting on the beach in the hotel zone of Cancun
· Confrontation between drug traffickers on the beach near Cancun leaves double execution: Prosecutor’s Office
· Hooded men generate panic in the Mexican Caribbean; carried out murders in front of tourists