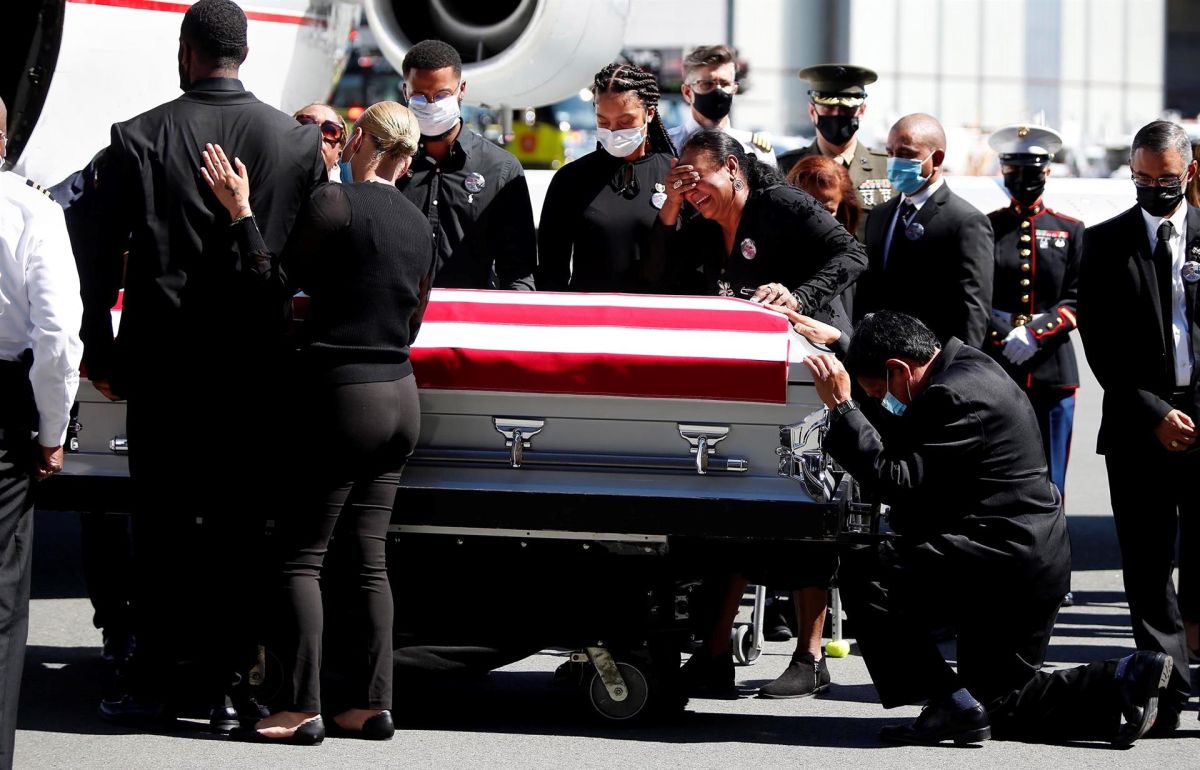 Rosario was one of the 13 victims belonging to the US Army for the suicide attacks attributed by the ISIS-K outside the Hamid Karzai airport in Kabul, which also killed hundreds of Afghan nationals during the evacuation process.

In the midst of the arrival of Rosario’s remains to the Logan International Airport At noon, Governor Charlie Baker and members of the Massachusetts Congress were present to commemorate the life of the deceased sergeant.

Likewise, the military’s family was present to wait for the body together with soldiers who rendered honors. Later the coffin was escorted by dozens of people who approached the road and began to wave flags. Firefighters could also be seen waving from the top of their trucks as a tribute to the lost life, he reviewed Telemundo New England.

The procession went through the city of Lawrence and flags were placed in front of the funeral home where it was taken, and officials proceeded to greet the relatives of the marine of Dominican descent, calling Rosario the “Daughter of Lawrence”.

It is expected that next Tuesday will be celebrated a ceremony open to the public in which people will be able to say goodbye to Rosario’s remains.

“The recent death of 13 service men and women, including Lawrence’s own Johanny Rosario Pichardo at the hands of a suicide bomber, put a horrible exclamation point on the price so many have paid in the last 20 years,” said the governor. Baker.

Rosario was part of the Naval Amphibious Force, Task Force 51/5 Marine Expeditionary Brigade, and after the fatal outcome, he was awarded the Purple Heart decoration, just like the other soldiers who died in the attack.

During a vigil at Veterans Memorial Stadium last week, the Marine was remembered for Lori trahan, member of the Massachusetts House of Representatives, Mayor Kendrys Vasquez and the governor Baker, and then the crowd chanted Johanny’s name several times.

“She was a proud Dominican, American, daughter, sister, girlfriend and aunt. A student and a teacher. A caregiver. A United States Marine ”Baker declared during that vigil.

“His mission was honorable”, assured Trahan, who highlighted Rosario’s work by working day and night to save the Americans and allies during the process of withdrawal from Afghanistan.

They are the 13 soldiers who died in Afghanistan in an ISIS attack; Biden honors them