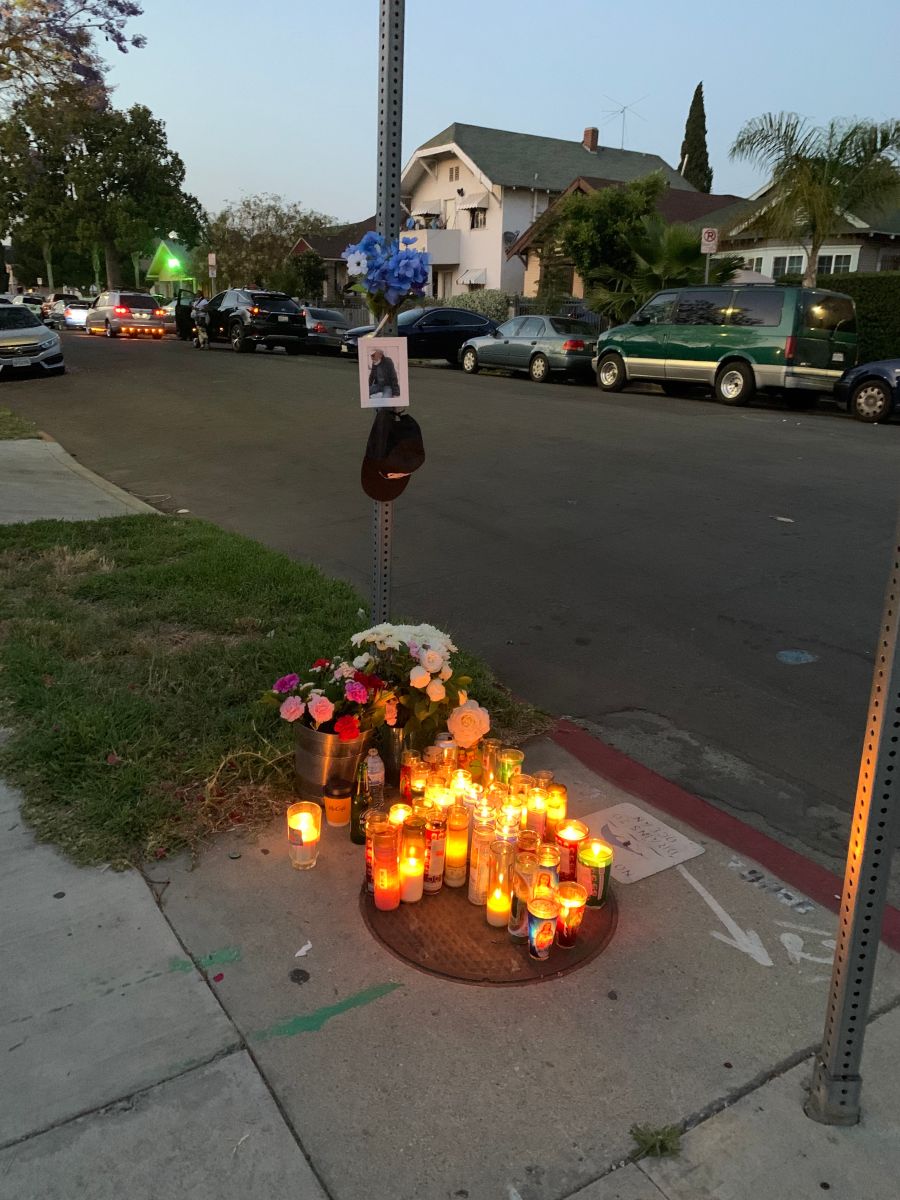 In late April, a 75-year-old Latino senior man was killed in a hit-and-run SUV in South Central Los Angeles.

Authorities are asking the community for their support in finding the responsible driver; and offering a $50,000 reward to anyone who provides information leading to the identification, arrest and conviction of the suspect.

The incident occurred on April 27 at 9:15 p.m., when the driver of a speeding SUV made a left turn onto Trinity Street from 41st Place, near the Gilbert Lindsay Recreation Center.

According to the Los Angeles Police Department, the car crashed into the elderly man, and the driver did not stop or assist the victim and continued on his way.

The victim was taken to the hospital, but was eventually pronounced dead. He was identified as Héctor Castro Hirales of Los Angeles, a father, grandfather and great-grandfather.

A video released by the police shows the moment before the crash, in which the driver stops briefly before hitting him and dragging the older adult.

Anyone with information about the incident is asked to call Officer J. Mendoza at 213-833-3713 or [email protected] They can also contact Central Traffic Division Watch Commander at 213-833-3746 on weekends and after hours.

In an interview for KTLA television, Vanessa Ashley Aranda, the victim’s granddaughter, said her grandfather was on his way home from visiting friends in the park when he was run over.

“He was 75 years old but he was very active and very good with children. Everyone in the neighborhood knew him and loved him.”

He said this senseless crime has broken his family, but it has also brought them together to realize that life is too short.

“In the blink of an eye, anything can happen,” Aranda said.

“I want to believe in my heart that there is not a person in this world who is so cruel and evil that they can live with something like that. My heart tells me that this person is also struggling.”

According to LAPD statistics, in the city of Los Angeles, incidents in which a person dies from a so-called hit and run incident has increased 12%; and 5% those in which they are injured.

However, the Los Angeles Department of Transportation (LADOT), reported between 2020 and mid-2021, a 25% increase in hit and runs with fatal results; and 20% incidents with injuries.

Although Los Angeles is a dangerous city for drivers, bicyclists and pedestrians, the number of deaths has increased in certain areas including South Los Angeles and the San Fernando Valley.

How to protect yourself from a hit and run?

Attorney Paul Pimentel of the law firm Tomassian, Pimentel & Shapazian gave the following tips to protect ourselves from a hit and run accident.

– If you are walking or riding a bike, make sure you stay in well-lit areas at all times.

– Try to avoid going out at night, as hit and run accidents are more common at night when drivers are under the influence of alcohol or drugs.

– If you go out at night, be sure to wear bright colors and reflectors so others can see you.

– Pedestrians should stay on the sidewalks, but if nothing is available, walk as close to the edge of the road as possible.

He adds in an article published on the law firm’s website that drivers, pedestrians, and bicyclists can reduce the risk of being injured in a hit and run by staying aware of their surroundings, even when it appears that no one is in the area. path. He adds that it is convenient not to use the cell phone or take your attention off the road; and pay attention to your surroundings so you can react quickly to changes in the environment. Hit-and-run accidents, he said, are more common on parts of the road with sharp curves because it’s difficult for bicyclists, pedestrians and vehicles.

And he says that anyone can be involved in a hit and run, but studies show that many people who flee the scene are young drivers with a history of driving under the influence or driving recklessly.

Miguel Velásquez, manager of the Mid-City St. Barnabas Senior Services Center, lives almost across the street from where Héctor Castro lost his life.

“He was the grandfather of a classmate of my son Miguel’s school. So his death has been a very hard blow for everyone. Even my son was very impressed. He was a well-liked grandfather in the community. He was affectionately nicknamed “Mustache”. He used to go and meet his friends near Teresa Lindsey Park on San Pedro Street.”

He points out that unfortunately in South Central Los Angeles, cars travel at high speeds, there is a lot of lack of respect from drivers towards pedestrians and they even burn tires at intersections.

“These types of problems have increased since the pandemic. The police do their part, but they can’t do everything.”

He says that the elderly are very likely to be victims of hit and runs because they do not have the same reflexes as a younger person.

“Many older adults have low vision and mobility problems; sometimes they don’t hear well or are under the influence of the drugs they take, which makes them a little slower to react. All this makes them more vulnerable to being victims of hit and run accidents when they go for a walk.”

Velásquez recommended that the relatives of the elderly not let them go out alone at night, and if they do, accompany them.

“In St Barnabas we will be in the coming weeks, giving some courses to teach our community of older adults how to protect themselves from traffic accidents when they go for a walk.”