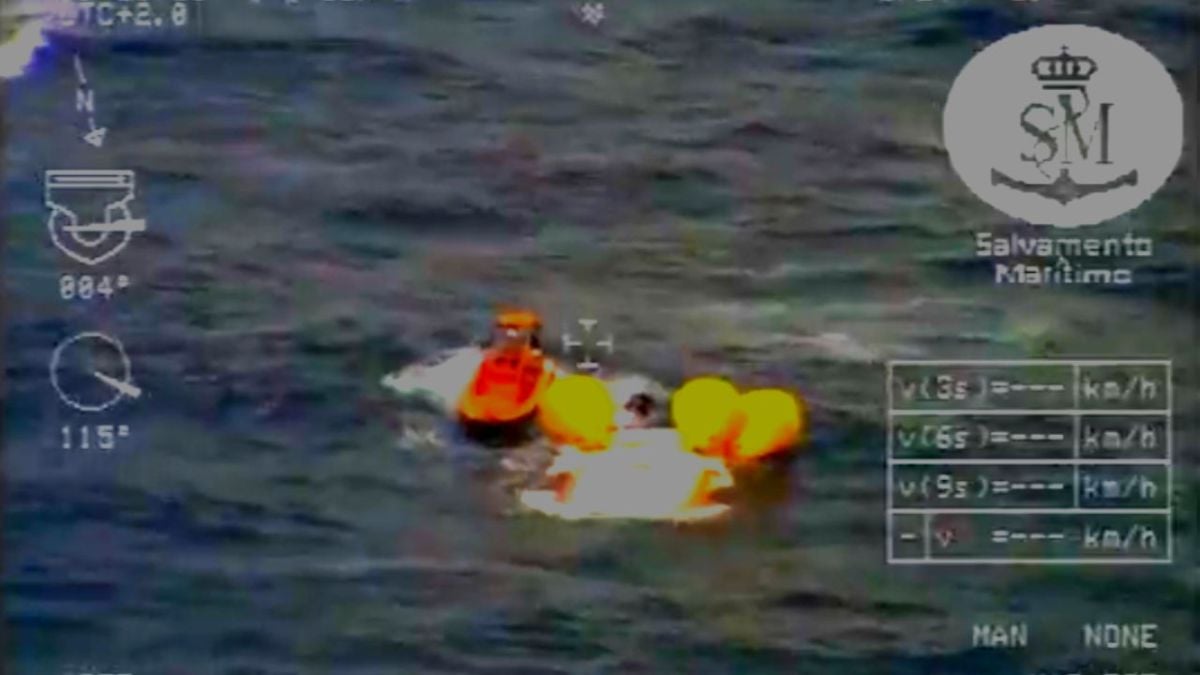 A 62-year-old French sailor survived for 16 hours in an air bubble inside his capsized sailboat in the Atlantic Ocean before being rescued by Spanish Coast Guard divers.

The rescue was described as an operation “on the verge of the impossible”, after the Jeanne ONLY Sailor The 40-footer sent out a distress signal at 8:23 pm local time last Monday from 14 miles off the Sisargas Islands off Spain’s northwestern region of Galicia.

Tracking data shows that it had set sail from the Portuguese capital, Lisbon, on the morning of the previous day. As a rescue ship carrying five divers set sail, one of three helicopters dispatched to assist in the search located the capsized vessel as “the sun set,” according to Salvamento Marítimo.

Here the images of the rescue of the French man:

In a video published by the rescue forces, you can see a diver who was climbed onto the hull of the ship to look for signs of life and the man who was inside, whose name has not been identified, responded to the blows to the hull by hitting from inside.

With the sea too rough to attempt a rescue, they attached buoyancy balloons to the ship’s hull to prevent it from sinking any further and waited until morning.

Two divers later swam under the boat to help the sailor out, who was found wearing a neoprene survival suit and knee-deep in water.

Vicente Cobelo, a member of the coast guard’s special operations team, told a local station that the man voluntarily jumped into the icy water and swam under the boat to reach the surface of the sea.

“On his own initiative, he got into the water and dived, helped by the divers who had to pull him out because it was difficult for him to get out in his suit,” he said.

Ultimately, the 62-year-old man was airlifted to safety and taken to the hospital to be checked out, but was reported to be in good health and was released shortly thereafter.

Also read:
· “Breton”, a great white shark of more than 13 feet and 1,500 pounds, is tracked off the coast of South Carolina
· Video shows spectacular rescue of a cow that fell to a cliff in Spain
· VIDEO: They confirm that 10 miners are trapped and five injured after a mine collapse in northern Mexico