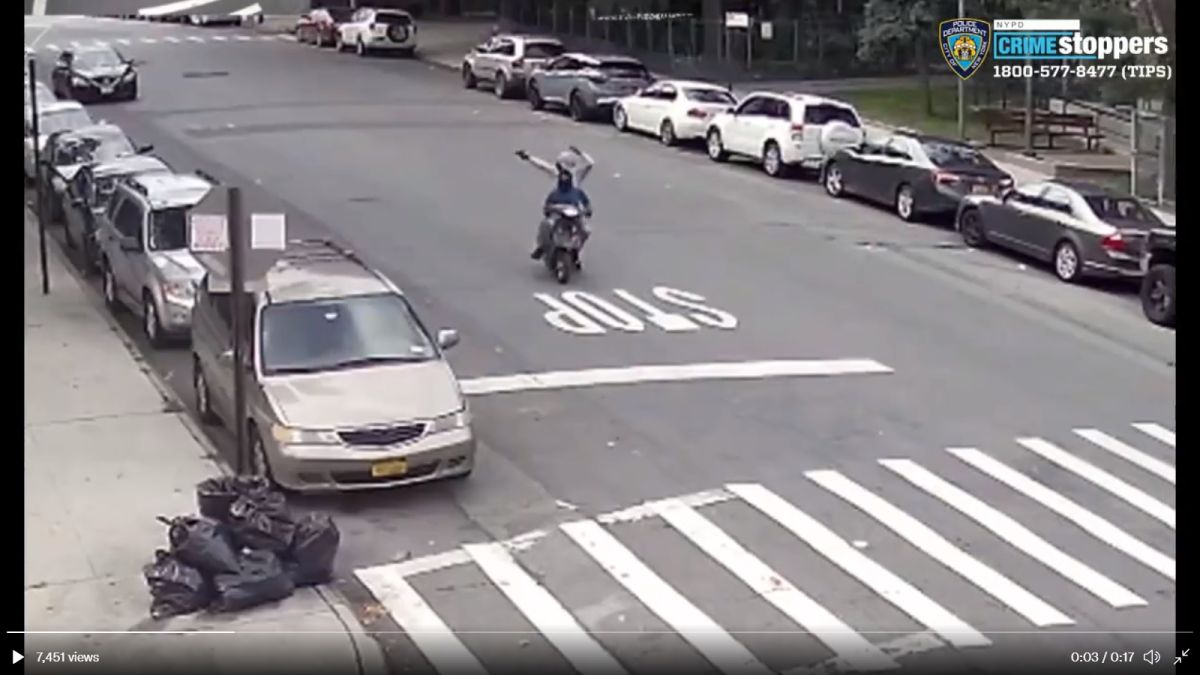 NYPD is on the trail of two masked men on a motorcycle who shot at a Bronx street in broad daylight.

The incident was captured on a security video released by the NYPD. The subject riding as a passenger behind the driver fired a handgun several times toward Magenta Park at 2:39 p.m. Sunday, NYPD said.

It is unclear why the man fired, and no injuries were reported. But on Tuesday, four people were shot in a similar situation during a confrontation between gang members surrounded by children and parents at a playground in Queens.

The number of gunmen and their underage victims has tripled in recent years in NYC, confirms a new memo from NYPD, the nation’s largest police force. Gun violence had been a significant challenge in NYC for former police Mayor Eric Adams. Since taking office in January, he has encountered obstacles within his own Democratic Party and Black Lives Matter (BLM) leaders in dealing with the crisis.