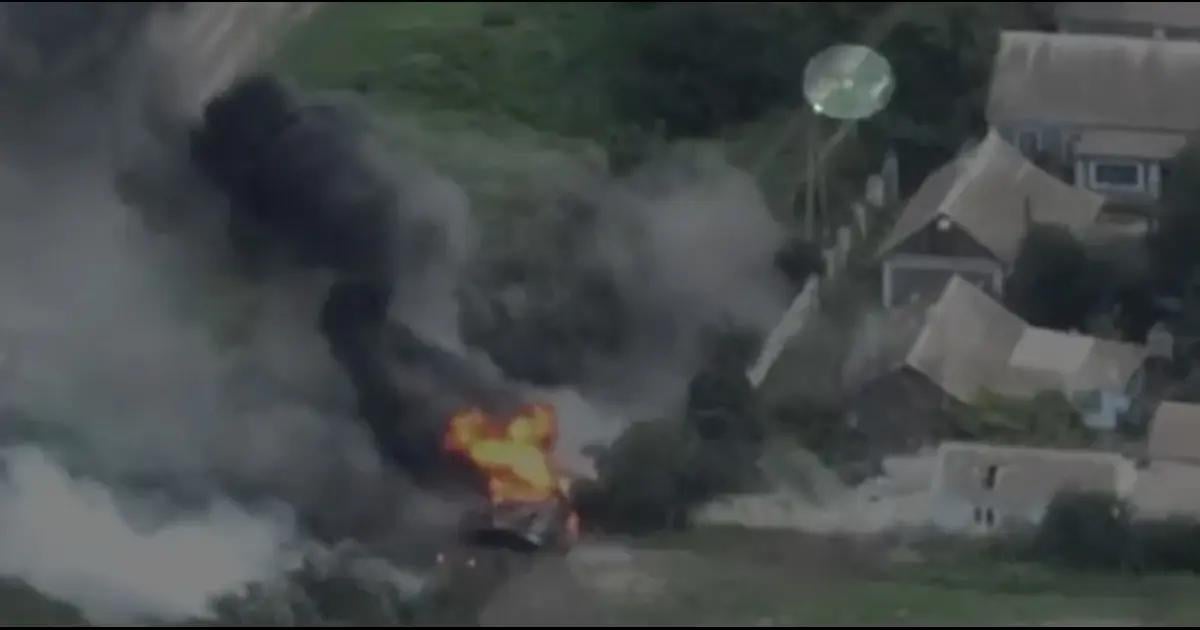 Ukrainian soldiers took to the field to visually confirm one of their most remarkable war strikes: destroying a Russian tank with a shot that propelled the commander of the combat vehicle dozens of feet into the air, drawing comparisons to famous Russian cosmonaut Yuri Gagarin.

The original video dates back to September, when a Russian tank flying a black flag, for unknown reasons, was hit and destroyed by a Javelin anti-tank system from 730-750 meters away.

As can be seen in the footage, the strike resulted in a catastrophic explosion of the Russian combat vehicle that propelled its commander, who was sitting in the turret, dozens of feet into the air, eventually landing through the roof of a nearby home.

The footage drew much derision on social media, with some commentators joking that the Russian tanker was trying to imitate Yuri Gagarin, the first man in space.

Also remarkable is the spectacular explosion that occurred, although the tank was hit head-on by the missile launched by the Javelin system, not from above, as happens in most catastrophic detonations of munitions aboard Russian combat vehicles, hence the Ukrainian jokes about the “turret-throwing contest.”

Ukrainian soldiers have now gone to the scene and found the Russian tank where it was destroyed, talking to the owner of the house where the Russian tanker landed and filming where it fell through the roof:

The strike took place in the village of Pravdyne, which is in the Kherson region, not Kharkiv, as some observers of the war in Ukraine have confused. This village in the south of the country was liberated by Ukrainian armed forces on 10 November, the day before Kiev’s troops also entered the regional capital.

The Ukrainian army launched its long-awaited counteroffensive in the south of the country on 29 August, after several months of pounding Russian forces’ airfield and supply lines.

The Russian Defence Ministry announced on 11 November that it had completed the withdrawal of its troops from Herson on the east bank of the Dnieper River shortly after the collapse of the strategic bridge across the river.