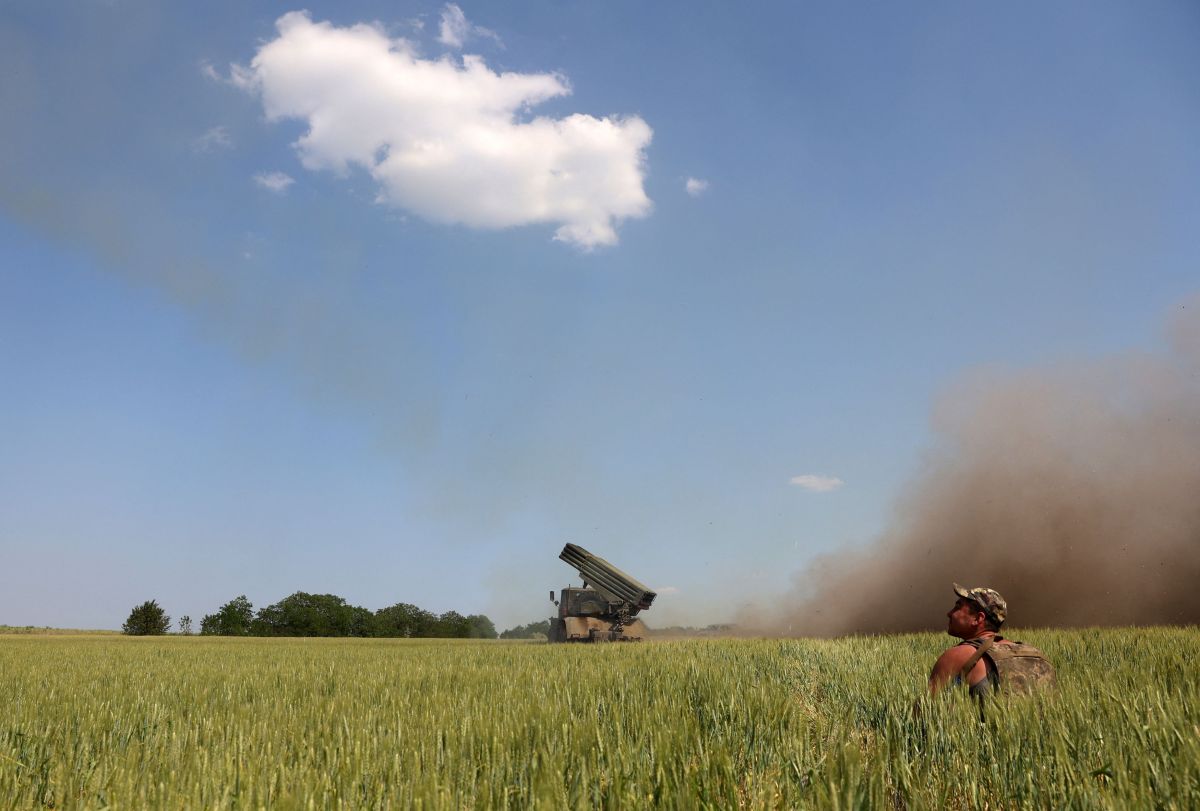 An aerial video captured the moment when Ukrainian troops fired at Russian soldiers as they tried to advance in the capture of the Kharkiv region in northeastern Ukraine.

The released images, which appear to have been taken from a drone, show that Russian positions are repeatedly attacked and hit by Ukrainian artillery fireand reports say they also damaged Russian military equipment.

The images were obtained from the Center for Strategic Communications and Information Security, which is part of the government of Ukraine, under the Ministry of Culture and Information, and were captured on the afternoon of Monday, June 20, and the Center said: “! Minus 23 occupants! Successes of the Armed Forces in the Kharkiv region.

Here the images of the Ukrainian counteroffensive:

“In the Kharkiv region, the enemy tried to carry out another attack, but received a decisive response from the Armed Forces,” the Strategic Communications Center said.

“As a result of the joint work of combatants from the 92nd Mechanized Brigade, the 40th OABR and the 125th Terror Defense Battalion, on June 19, 23 ‘orcs’ were neutralized and more than 50 were wounded.”

The Center signed saying: “Our defenders hold the line and inflict losses on the enemy! We believe in the Armed Forces!”

Russia invaded Ukraine on February 24 in what the Kremlin calls a “special military operation” to “liberate Donbas.” June 21 marks the 118th day of the invasion.

Russia also conducted an anti-ship missile exercise in the Baltic Sea amid escalating tensions with NATO member Lithuania after the latter country blocked the transit of goods to the Russian enclave of Kaliningrad.

The new head of the British Army, General Sir Patrick Sanders, told British forces that they must be ready to face Russia on the battlefield and said that the British Army must now be able to defeat Russia.