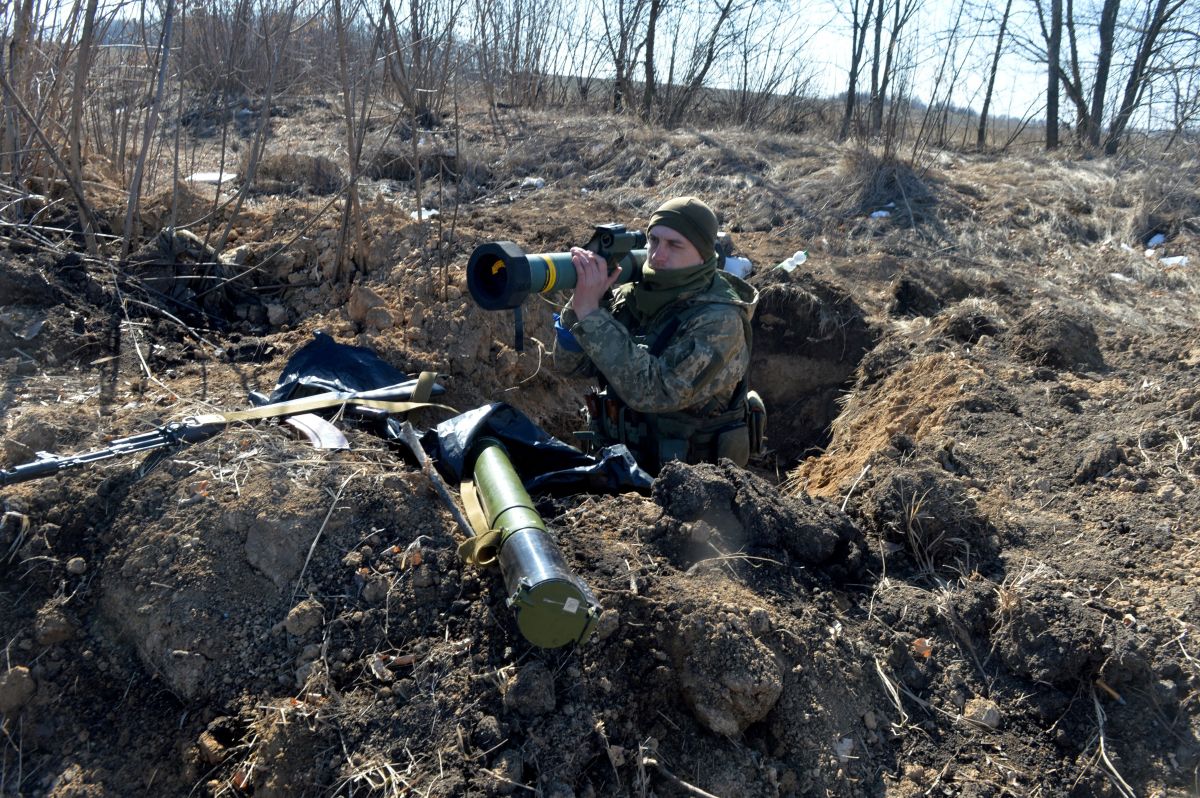 a video ccaptured the dramatic moment when American volunteer soldiers, along with a British serviceman, blew up a Russian tank with a rocket launcher in the ongoing war in Ukraine.

Footage shows well-trained troops, including the son of a British MP, winding through the Ukrainian bush before meeting the tank head-on and blowing it to smithereens.

What appear to be four soldiers wearing Ukrainian uniforms with American and British accents moving through bushes, as they approach a Russian BTR-80 APC maneuvering on an empty field, in a video that surfaced on Twitter.

One of the soldiers is Ben Grant, 30, a former Royal Marine and son of Helen Grant, the Conservative MPaccording to an informative site.

Grant, who spent more than five years as a commando in the Royal Marines, was among a group of seven former servicemen who arrived in the besieged country over the weekend.

The father of three said he made his decision to fight the Russians without his mother’s knowledge and that he had not been informed of her trip to Ukraine.

“I just want to make that clear, entirely on my own, I decided to do this.

In the video, two men with rocket boosters, one of them an RGW-90 HH launcher, kneel and fire a shell that directly hits the Russian tank.

The men run back into the bushes before the heavy military piece speeds up and explodes in the nearby bushes.

Observers say the impact, though apparently minor at first, detonated the tank’s live ammunition, causing it to explode.

The mission was filmed during a 15-hour operation Thursday that apparently left 38 Russian soldiers dead, when a team of 13 American and British fighters lined up with Ukrainian forces to storm a trench.

Other footage obtained from Ukraine’s Special Operations Forces showed defenders blowing up a Russian tank with a kamikaze drone while fighters were said to be sitting on it drinking.