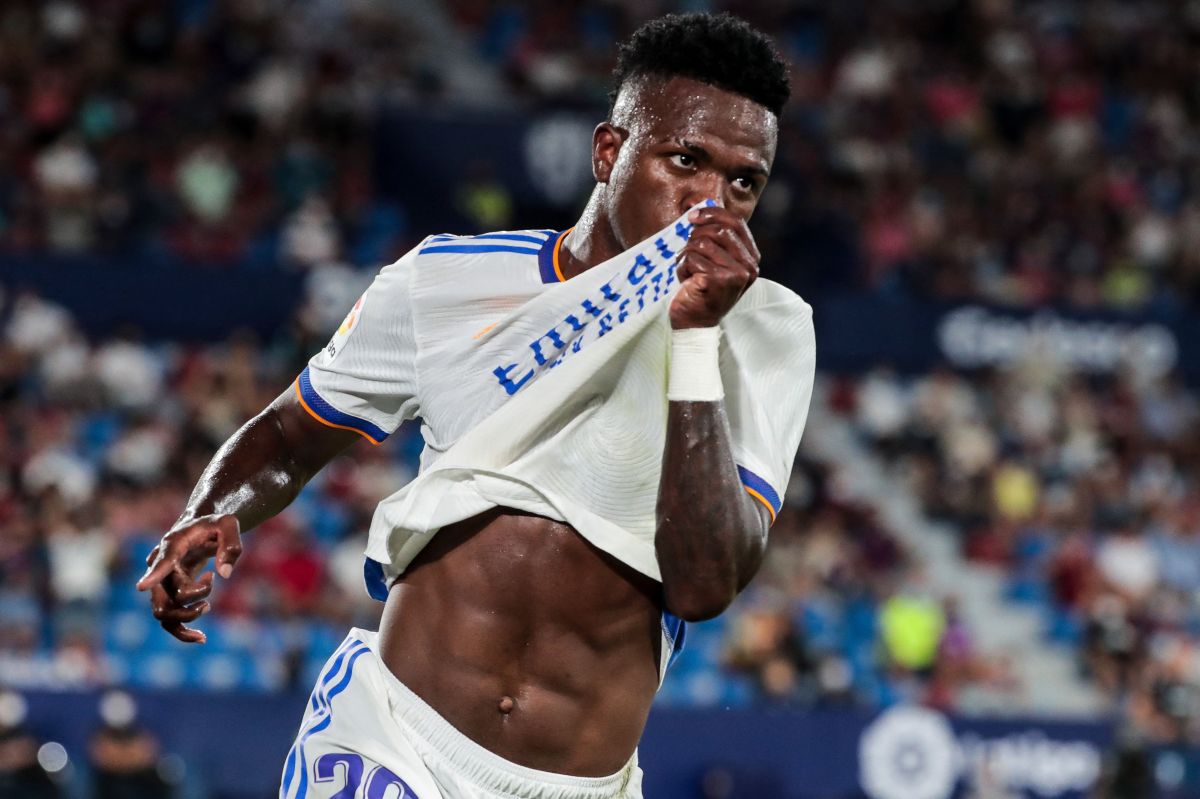 The Real Madrid He did not go beyond a tie (3-3) in his visit to Levante, in the match that concluded with the second day of La Liga in Spain. It was a game of ups and downs for the meringues, in which the best news has the name of Vinicius Jr. The Brazilian scored a spectacular double that surprised even the fans of the white team.

Carlo Ancelotti gave entry to “Vini” at minute 59 ′, a couple of minutes after Levante’s second goal, which meant the local comeback. With the game 2-1, the mission was to come back and at the very least, not lose.

Vinicius He came to the rescue at 73 ′, when he received a ball that Casemiro sent him into space. He ran without being stopped, and at the time of the definition, his most difficult assignment since he debuted, he did not forgive.

He ties it for Madrid! pic.twitter.com/jvYIJJwxo1

Real Madrid were careless and were at a disadvantage again just six minutes after the draw. But the merengue team can never be considered dead.

At 85 ′, with all the elements in attack, Vinícius Júnior invented the goal of the date: almost without an angle he kicked with effect inside the area, crossing the ball that was unreachable for the Levante goalkeeper. To make the goal more beautiful, the ball hit the post and then entered. A luxury of goal.

He was able to crown one of the best performances in his career with a hat-trick, but Aitor Fernández prevented him with a play outside the regulation that cost him his expulsion.

In counterattack, Vini was on his way to score the winning goal. Nothing guarantees that he would have done it, but he did have a moment of lucidity when he advanced the ball to the desperate goalkeeper, who, defeated in the middle of the court, had no other option but to put his hands in.

Real Madrid could not take advantage of the last minutes with one more player. He stayed on duty in a frenzied match. But in Vinícius Jr. he found a respite that they urgently needed.

The young Brazilian has three goals in two games. Three goals in less than 60 minutes played if we total the first two days. His start to the season excites Madrid fans even more than when he arrived at the “White House”. This could be the year of the explosion.

THIS GAME IS WILD. pic.twitter.com/3ERPUXWRBb