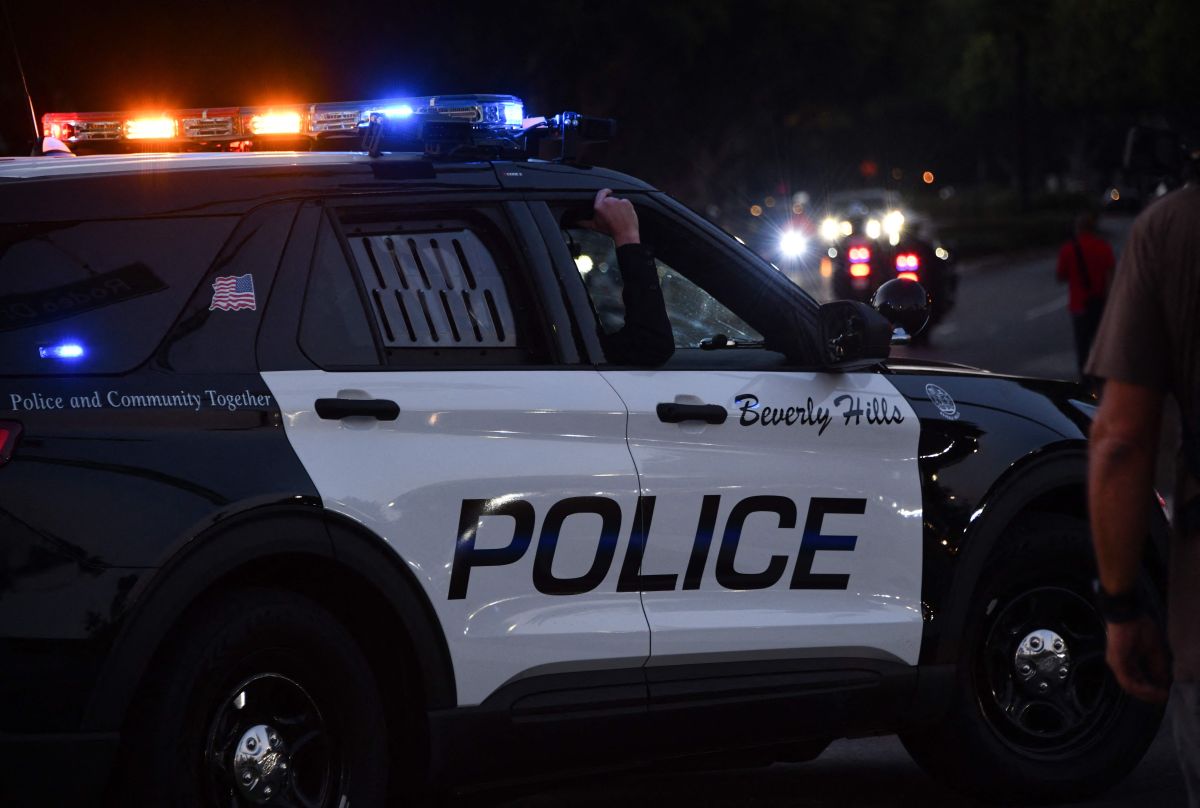 Armed with mallets, a group of 5 thieves broke the windows to rob a jewelry store in Beverly Hills on Tuesday afternoon.

The smash-and-grab robbery occurred at approximately 2 p.m. at Luxury Jewels of Beverly Hills, at the intersection of South Beverly Drive and Charleville Boulevard.

The Beverly Hills Police Department (BHPD) said the suspects broke the front window of the jewelry store and took several high-end items, among them a necklace whose value is close to $500,000 dollars.

Authorities said the thieves arrived at the scene in a stolen car, which they abandoned in the area, to escape in a vehicle whose characteristics are unknown.

The suspects were seen wearing hoodies, sweatpants and surgical masks..

Some residents recorded with their cell phones the moment when the thieves broke the window and they stole the products from the jewelry store before escaping from the place.

Jewelry owners revealed to the media that the stolen merchandise was valued between $3 million and $5 million dollars.

A seller of a business located next to the jewelry left his jewelry store to try to stop the thieves, but they all managed to escape.

In his attempt to stop one of the thieves, Aframian kicked a suspect, who lost his balance and dropped a couple of watches.

The Beverly Hills Police Department understood the community’s frustration over the robbery that occurred at the jewelry store.

“Chief Stainbrook is willing to discuss with any person or group the reality of the current regional criminal situation. Immediately, BHPD will add a camera trailer, additional security with patrols, and extra special surveillance by officers on South Beverly Drive,” a statement from authorities said.

Beverly Hills police said they will continue to hire more officers and use new technologies for the security of the city.

The BHPD made clear the need for help from the District Attorney’s Office and state legislators.

In recent months, there have been several assaults by groups of people armed with hammers and mallets. Department stores and jewelry stores are robbed in different areas of Los Angeles and other locations in California.