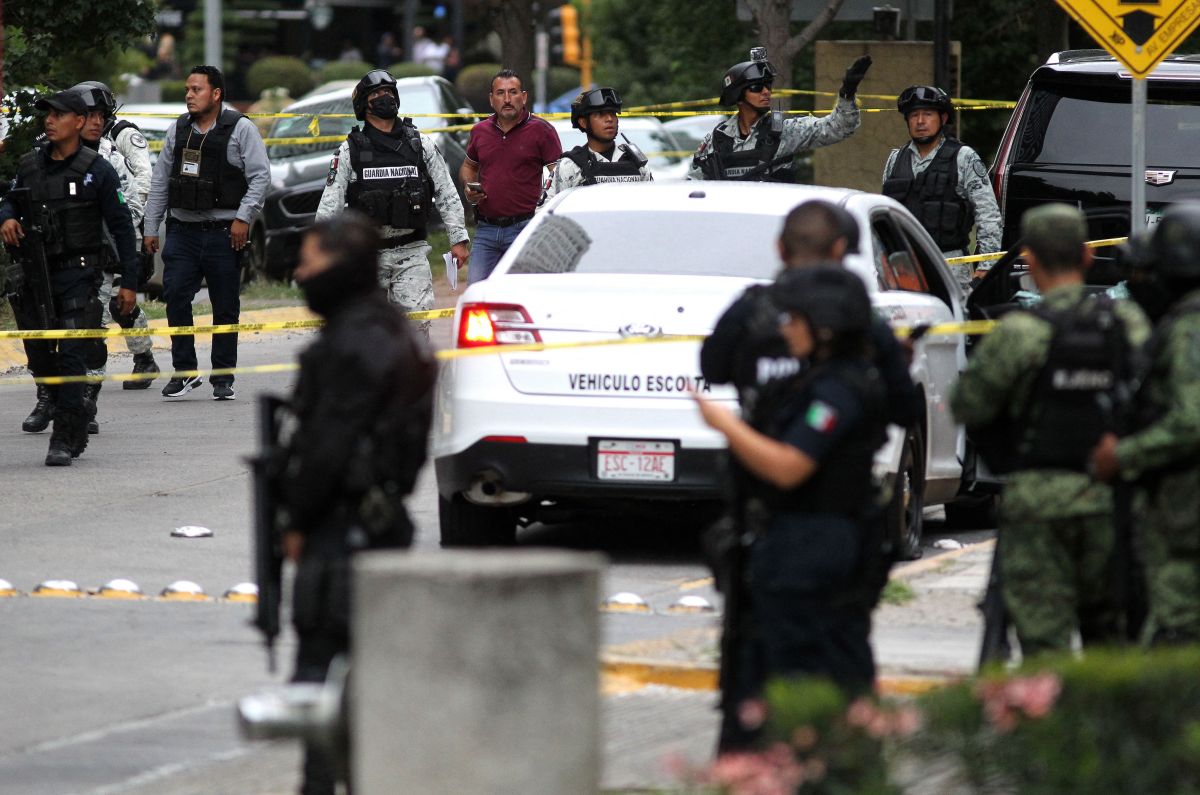 On Sunday afternoon, a shooting occurred in the municipality of Zapopan in the state of Jalisco between a group of hired killers and bodyguards, leaving one person dead and two others wounded, according to the police of the municipality.

The incident took place at Plaza Andares at approximately 5:00 pm. Some videos circulating on Twitter show the detonations and some people in the area trying to take cover.

Zapopan police later confirmed the death of one person and two injured individuals. In one of the recordings, a man can be seen outside a black van shooting at what appears to be the top of a construction site.

Upon inspection of the scene by the authorities, ballistic vests with logos referring to a criminal group were found, and not to any institution as some reports had indicated. However, they did not reveal which one it was.

The person who lost his life was found in a security guard’s vehicle; it was a white Ford Taurus, while one of the injured persons was taken to the hospital and guarded by members of the National Guard. In addition to the vehicle, three long weapons were found.

See also: A mother protected her daughter with her body amid Zapopan shooting

The Jalisco Security Secretariat reported on its Twitter account that a “security incident” had occurred in a commercial area on the avenue and said that authorities were already working there.

Users of social networks could capture the actions on video from a high point, allowing them to see some armed aggressions. According to local media, people who were nearby had to seek refuge in nearby stores and stores.

In addition, through the different recordings, it is possible to see several stopped vehicles that hooded people used as shields against the exchange of bullets.