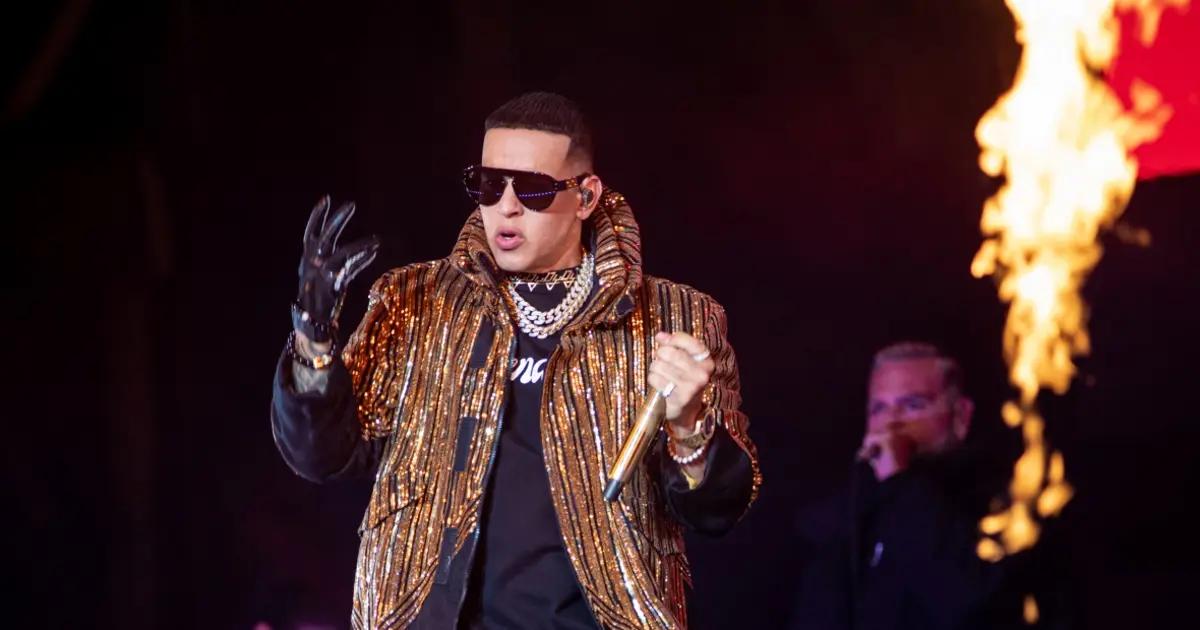 Daddy Yankee left a good taste in the mouth in the first of five concerts he will offer in Mexico City as part of his farewell world tour “La última vuelta world tour”, the singer managed to gather sixty-five thousand people in the Foro Sol during the two hours of the concert did not stop singing, dancing and applauding the Puerto Rican.

Although the show was scheduled to start at 8:30 p.m., people did not have to wait that long for the so-called “Fire of the Caribbean” at 9:15 p.m., forty-five minutes later than scheduled, the stage was lit to welcome Daddy Yankee who, simulating an airplane on the screens, made his triumphant entrance greeting his fans: “Hello Mexico City”, words that unleashed the public’s fury.

Dressed in black pants, dark glasses, and a gold jacket, the composer started the show with the song “Campeón” to give way to “Problema,” a song with which his more than 15 dancers on stage made his fans dance.

The people began to sing when “Rompe” was played. The two giant screens and the digital stage were in their maximum splendor while the singer placed his hand on his heart as a symbol of gratitude. “I have a country that supports me a lot,” he assured.

Between lights, fireworks, and shouts of excitement, Yankee took a few moments to wear a second costume; a black t-shirt with gold details and mariachi pants with shiny buttons, earning a moment of applause for honoring Mexican traditions. “Thank you very much for that good energy,” he thanked.

Yankee reached the concert’s climax when he sang with strength and emotion the song “Lo Que pasó, pasó,” recognizing that the people and the music industry had made him the artist who imposed a style in the way of interpreting reggaeton.

Daddy wore a third outfit: a shirt, pants, and a red coat to continue dancing, singing, and shouting with the Mexican audience.

The most emotional part of the night was when he asked for help from his fans in the stands. He asked them to turn on their cell phones and move them to the rhythm of the song “Parabrisas,” illuminating the venue as if it were a wave of light.

At eleven o’clock at night, he made his last costume change, blue pants with a red hooded sweatshirt, something light to continue with the concert.

After singing and dancing to 31 songs, the concert ended after two hours of music and emotions. The song “Gasolina” was with which he said goodbye to the attendees, who enjoyed a fireworks show and a shout in unison: Daddy Yankee.

Daddy Yankee will offer four more concerts in Mexico City, this November 30, and on December 2, 3 and 4 at the Foro Sol, a venue he conquered from the very first day.