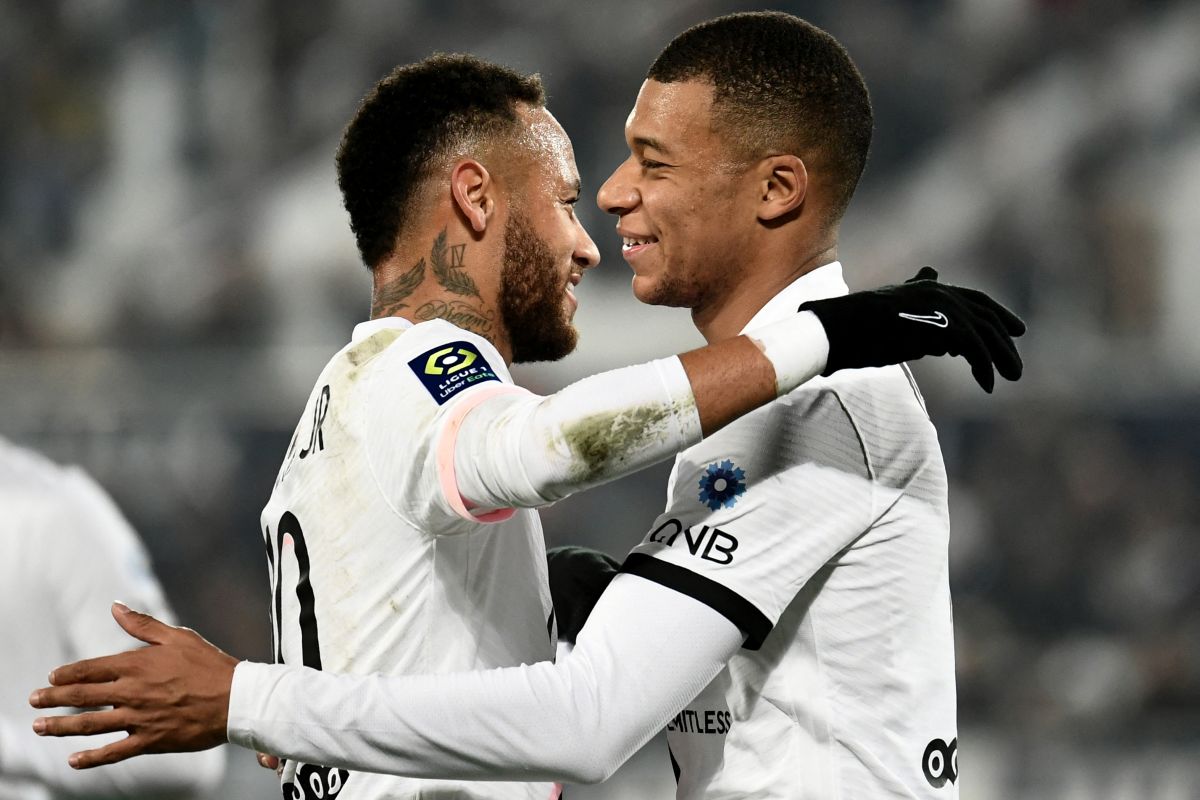 The brazilian Neymar and Kylian Mbappe were enough for Paris Saint Germain, without Leo Messi, injured, he beat Girondins de Bordeaux with a score of 2-3 and consolidated the leadership in Ligue 1 in France.

Mauricio Pochettino, who could not count on the Argentine star, left Ángel Di María on the bench and He left all responsibility for the attack in the hands of Neymar and Mbappe.

Between the two they left sentenced the crash of the thirteenth day. The match broke before half an hour when Neymar made a gap between the home defense after receiving a pass from Mbappe from the other side of the area, and beat Benoit Costil.

The Brazilian dedicated the goal to his country’s popular music star Marilia Mendonca who died on Friday when a plane crashed in a rural area of ​​the country.

The second came to the brink of rest in a great combination between the two. A wall of Neymar and Mbappe that hit the heel the last pass to his partner to, on the ground, sign the second.

The Frenchman rounded off the victory in a play that was born with a great pass into space by Ander Herrera the Dutchman Georgino Wijnaldum who assisted Mbappe to score an empty goal.

The Swiss Vladimir Petkovic’s team took advantage of the leader’s relaxation and approached the scoreboard. First, in 79 when Alberth Elis received the ball from Yacine Adli to overcome Keylor Navas. Then, in added time, with a goal from M’Baye Niang after an assist from Jimmy Briand.

The victory maintains the ten-point advantage of Paris Saint Germain, leader, compared to Lens, who thrashed Troyes on Friday.

Girondins, meanwhile, are approaching relegation. It is three points behind the penultimate, Brest.

Read also:
– Spooky! Neymar celebrates Halloween with quirky makeup
– What was missing: Lionel Messi is involved in the love scandal of Mauro Icardi
– Fernando Torres considers that there is someone better than Messi and Cristiano Ronaldo for 3 years