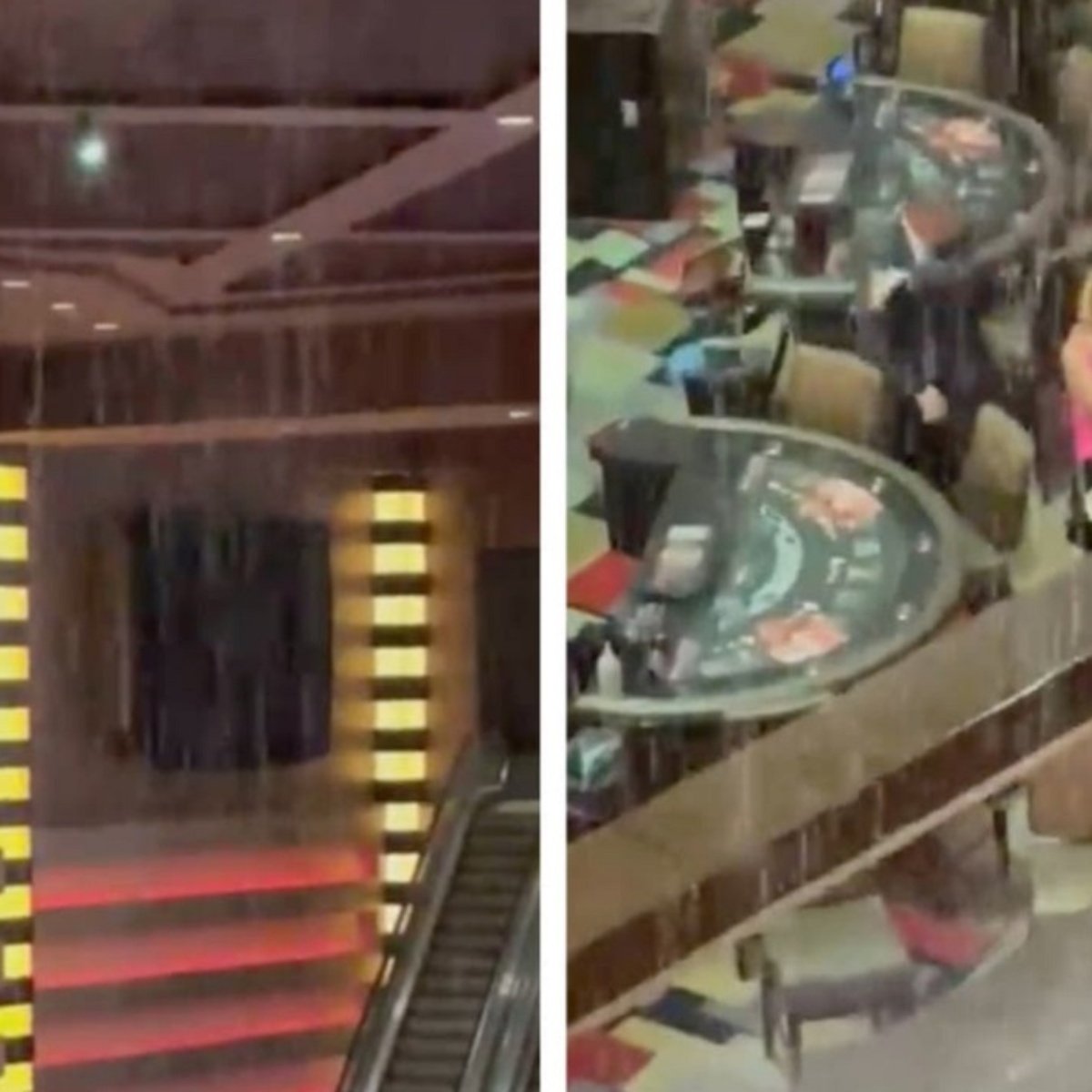 The city of Las Vegasin USAsuffered Torrential rains and floods that affected the casinos of the city for the second time in a span of two weeks, making this year the wettest monsoon season in a decade in the arid city.

The water gushed like rivers along streets and poured through the roofs of casinos, according to videos posted on social media.

Some roofs in Las Vegas gave way in the face of heavy rains in recent hours, causing flooding in several buildings in Nevada, United States.

Find out in #Our diary
�� RRSS pic.twitter.com/ZBCnalAQqg

As we report in AmericanPost.Newsthe National Weather Service issued a warning Thursday night warning Las Vegas residents not to attempt to drive through floodwaters.

Video posted by a Las Vegas resident shows sheets of rain falling onto the poker tables at Planet Hollywood Casino as amazed onlookers look on.

The planet Hollywood of Las Vegas flooded and if they knew it is a casino as modern as it is. pic.twitter.com/lb8AX2Abfk

Another video shows a bus trying to navigate through flooded streets as water gushes down. Yet another shows water gushing down the street next to the strip’s High Roller Ferris wheel.

The desert storm, the second in just two weeks, is hitting a city that receives less than 0.4 inches of rain in July on average, according to the National Weather Service.

It may interest you: USA: Floods in Kentucky leave at least 8 dead

The National Weather Service said the storm made 2022 Las Vegas’ wettest monsoon season in a decade.

Harry Reid International Airport in Las Vegas has already received 1.28 inches of rain this monsoon season, which runs from mid-June to late September. That is more than any year since 2012.

That year saw more than 3.5 inches of rain during the wet season. This year’s rainy season may not end with Friday’s early morning storm.

“We are starting to sound like a broken record here, but thunderstorms are possible once again today, as well as flash flooding,” the Las Vegas National Weather Service said in a Tweet on Friday.