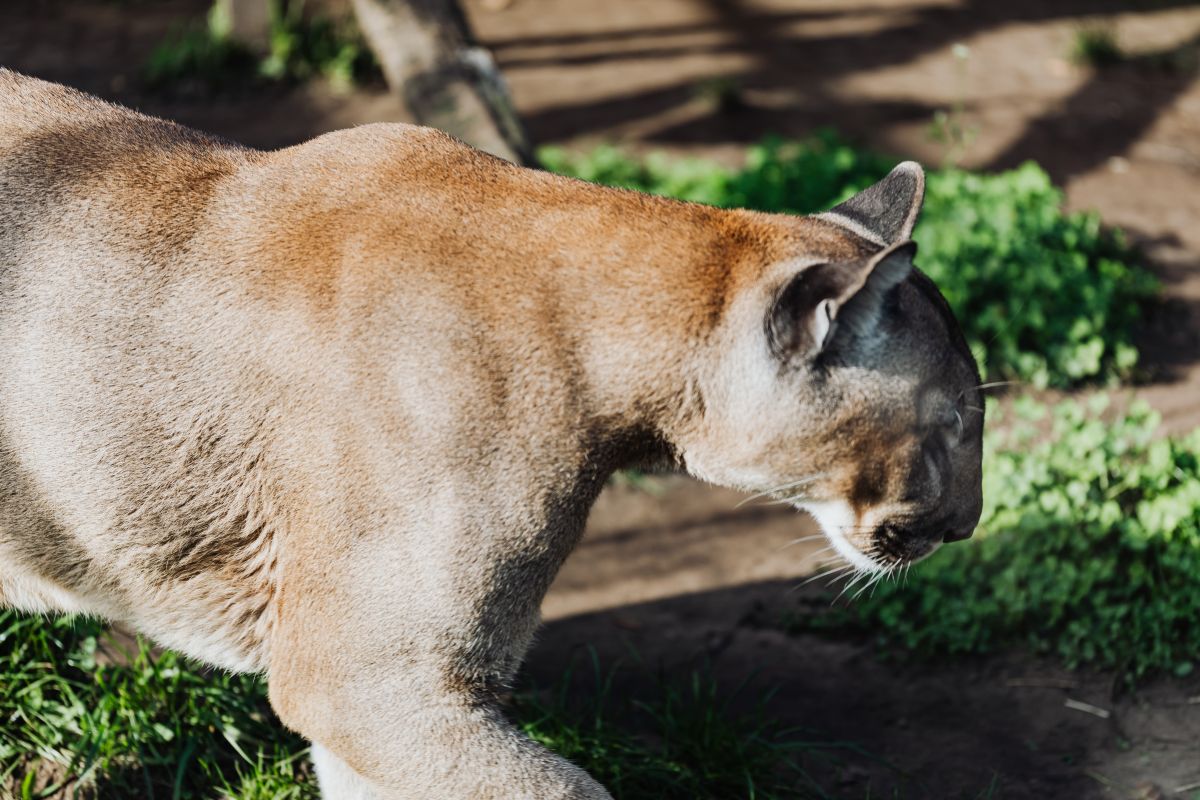 A cougar tried to enter a barber shop in a commercial area of the Californian city of Irvine on Tuesday, sowing panic and surprise among passers-by.

The huge cat was seen around 1:15 p.m. outside Bishops Hall at Sand Canyon Plaza, in the area of Waterworks Way and Odyssey.

The cougar tried to enter the placebut the receptionist closed the door just in time, causing the animal to crash through the glass window and then flee, store employees said.

This video shows the moment in which the cougar runs scared in front of an agent who apparently tries to neutralize it with a sedative:

“I heard commotion outside and I looked up, and all of a sudden, I saw this cougar coming out of nowhere,” an employee named Rukkus told KTLA.

“At first, I thought it was a robbery or maybe a shooting,” said employee Claire Leenerts, adding that people were screaming. “It was very scary. I’m looking and I just see that it crashed into our glass.”

In this other footage shared on Instagram, the animal can be seen crossing the street, while a patrol keeps its distance:

The cougar is a two-year-old male, according to Irvine Police Department Sgt. Karie Davis.

The cat was eventually captured, sedated and taken to a veterinarian for evaluation, Davis said, but will be released in the near future and was not injured, police said.

“We are not lions, we had a scary situation on our paws today,” Irvine police said on Instagram, along with an image of the large animal. “When our claw enforcement officers arrived, the cougar ran into the mall almost causing a rage, as it is rare to see a mountain lion in Irvine.”

“Fortunately, our officers are not skittish cats and chased the big kitty into a business area, and officers backed up and gave the animal room while they gathered resources,” the post added.

According to the California Department of Fish and Wildlife, there have been increasing interactions between people and mountain lions in recent years.

People are advised not to duck or run if they come face-to-face with a mountain lion or cougar, according to animal services.

These animals are solitary and elusive, and generally avoid people by nature.

It’s not known why cougars venture into neighborhoods, but wildlife experts say as the human population expands into cougar habitat, there will be more frequent sightings.