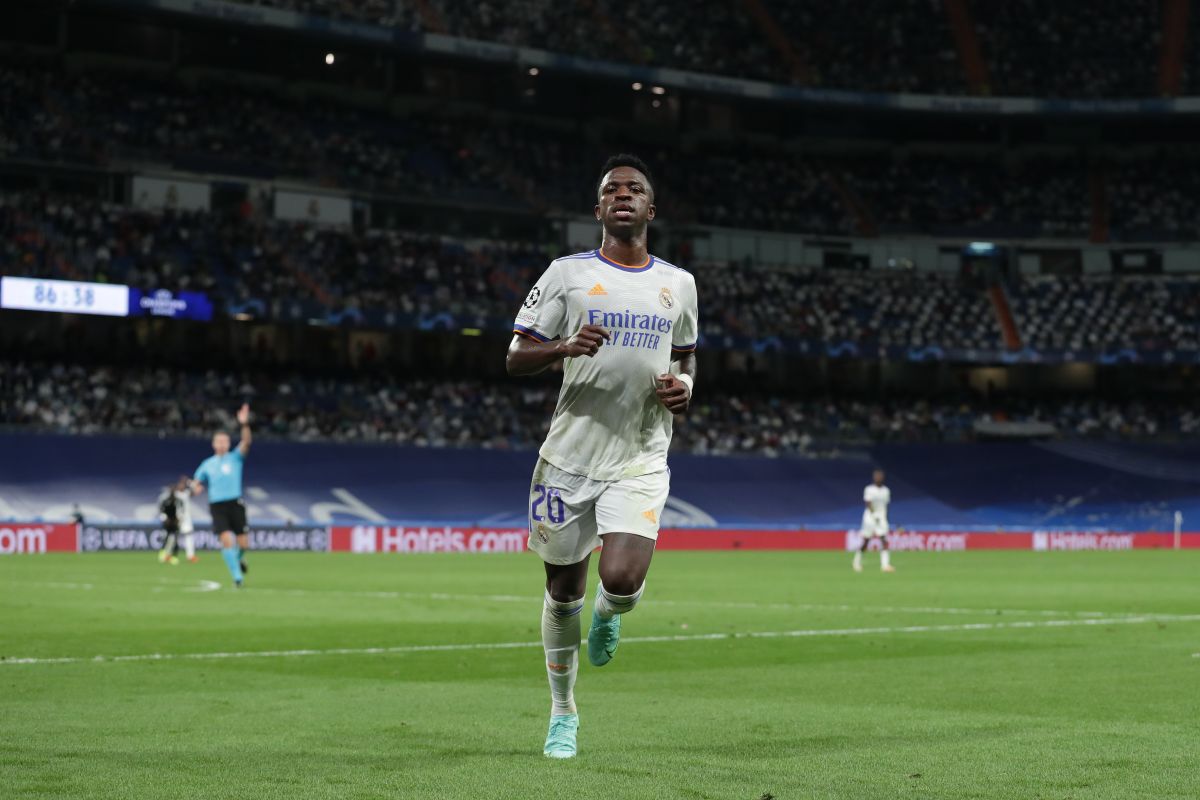 The Brazilian Vinicius Junior did not save anything in his most recent interview and He spoke about his present, a future at Real Madrid, his intentions to win a Ballon d’Or and the value that it considers it can have in the market, this while living a sweet moment with the meringue set.

When it comes to market value, Vinicius Junior is one of the most expensive players today, however when asked about this, the Brazilian was clear and assured that he does not want to go from where he is. “Better not put anything, better stay here in Madrid,” he said. in an interview with Movistar +.

Vinicius wants to play despite being tired

The South American forward spoke about the fatigue left by the large number of matches in a row they have had at the beginning of the season, however he clarified that he always wants to play.

“Sometimes I am tired from playing so much, but I always want to play. I am at my best technically, physically and mentally; I will rest at Christmas. If I’m good, I’m sure we are going to fight for many things this season, “he said.

Vinicius is currently experiencing the best season of his short career, to the point of becoming one of the best Real Madrid players, adding up to now a total of 12 goals and 7 assists, so it was inevitable to ask him about his intentions to win a Ballon d’Or

“I have to work hard for that. I must continue playing here, do things well and always be at my best. If I keep playing like this, of course I can win it but the main thing for me is to win with the team and win many titles with Real Madrid ”, he stressed.

In that sense, the former Flamengo exhibited his admiration for the French Karim Benzema and indicated that his intention right now is to help him be the best. “He is a great player, who does everything. Always helps me and I have to keep helping him to win the Ballon d’Or and to be Pichichi for us ”, he declared.

When he was singled out as an idol of the Madrid fans who cheered him after finishing the game in which Real Madrid defeated Inter Milan 2-0 in the UEFA Champions League, the player was humbled and stated that he still has a long way to go to get there.

“No, no, I have to win quite a few titles. Idols are the players who have been here long enough and that they have won everything. But I’m very happy for the fans, who love me so much, “he said.

Read also:
– Real Madrid and Barcelona have their future assured: Eric García, Pedri, Camavinga and Rodrygo shine in the eleven sub-20 of the year
– Neither Mbappé nor Haaland: Neymar has his candidate to win the Ballon d’Or in the future [VIDEO]