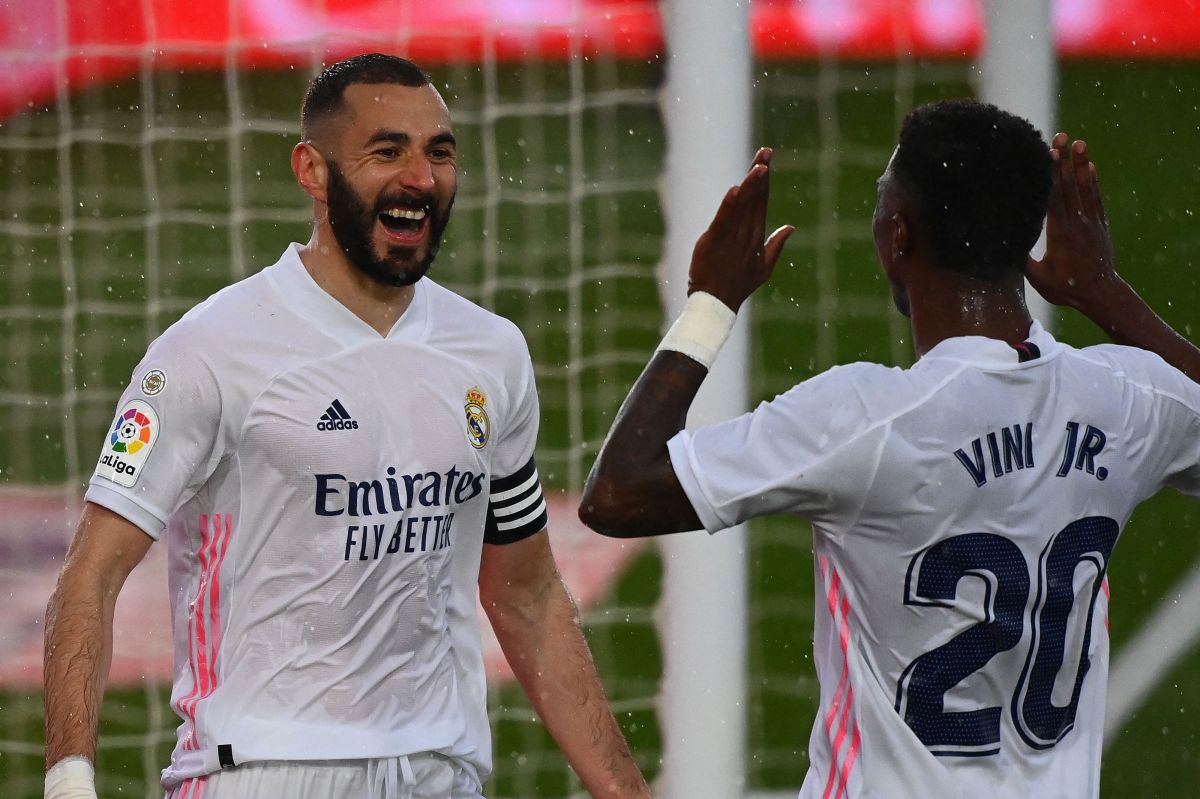 Two goals scored by Vinicius and Benzema in minutes 85 and 88 they led to the traced from Real Madrid in Mestalla in an even, intense and alternative clash, but that the visiting team completely controlled in the final ten minutes.

The game started at a high pace, with long possessions on the part of both teams, especially in the case of Real Madrid, against a Valencia that was looking for the most direct football, but that had to stop when it could not find options to propose it.

This dynamic led to approaches to both areas and although they were not particularly dangerous, they did force the two goalkeepers to use each other correctly.

The first setbacks were for the locals with the injuries of their captain, Carlos Soler, after a quarter of an hour of play, and of the side Correia, ten minutes later. Valencia did not accuse the blow and maintained the same game dynamics with the entry of Musah for Soler and Lato for Correia, which caused Folquier to move to the right wing.

Shortly after, it was Carvajal’s turn, who was also injured. Lucas Vázquez entered his post without changing the drawing of Carlo Ancelotti’s set. The move most protested by the public was the fall of Maxi Gómez when he fought with Alaba to stay alone against Courtois, in which the referee did not signal a fault.

The equality with which the rest was reached reflected the balance of forces of the first 45 minutes of a very intense and disputed crash in which the forces were even. Valencia came out more incisive after the break and had several goal options that he failed in a phase of play in which his rival could not find a way to approach the goal of the team that Pepe Bordalás trains.

When the first hour of play was completed, Real Madrid had returned to get into the match and began to play closer and closer to the Valencian goal, although without offensive clarity in their actions.

That lack of clarity did not prevent the match from being alternatives and that at any moment an isolated action could open the scoring in a different goal.

That’s how it went. An elaborate play by Valencia ended with a low and crossed left-foot from Hugo Duro that opened the score and changed the dynamics of the match.

The Madrid team turned to the Mamardashvili area, began to have options to tie, but also opened spaces for the locals to have options with the football that suits them best.

The carousel of changes that took place in both teams ten minutes from the end caused an overwhelming dominance of the Madrid team, the tie achieved with a good shot by Vinicius and the 1-2 three minutes later in a Benzema header.

By then, Valencia had run out of strength, so they had no chance to have extended the lead, to have overcome the tying goal or, finally, to have reached at least one point.

Referee: González Fuertes (Asturian committee). He admonished Gabriel Paulista for Valencia and Casemiro, Nacho, Rodrygo, Vinicius and Camavinga for Real Madrid.
Incidents: match of the fifth day of the League played at the Mestalla before 28,000 spectators.