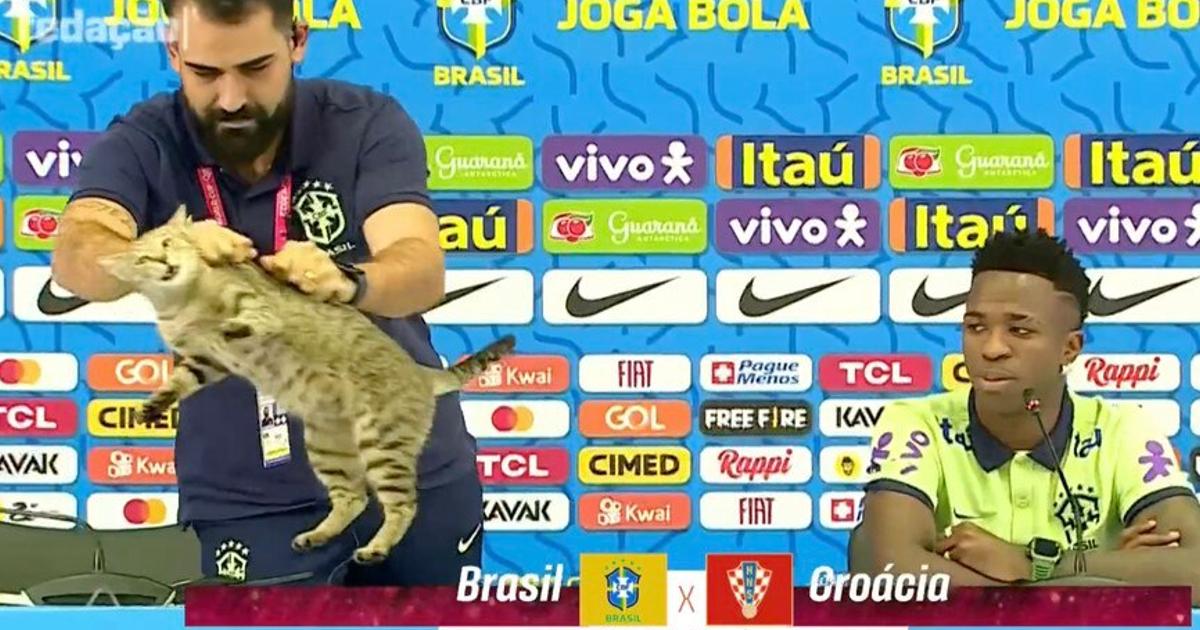 An unfortunate moment was experienced this Wednesday during Vinícius Jr.‘s conference, where the Brazilian press officer caused outrage by mistreating a cat that appeared by surprise.

And it is that when Vinícius Jr. arrived at the press conference, it was striking that a cat was calmly lying on the table where the microphones were.

The Real Madrid player was amused by the moment, but the press officer caused outrage as he took the cat by the skin with both hands and threw it to the ground.

The action of the press officer took everyone by surprise, including Vinícius, who quickly looked at the reporters who were in the room, some of them showing their disagreement.

For his part, the cat abuser, before some claim, made a gesture that he took the cat by the skin and that he did not suffer any harm.

The cat, one of the most beloved animals in Qatar

The action of the press officer in Brazil has caused outrage worldwide and in Qatar, where the cat is one of the most beloved animals.

Just walking the streets of Doha, you can see dozens of cats walking and lying down calmly, the target of the cameras of locals and tourists.

There are so many cats in Qatar that it was even rumored that the government had several of them killed before the World Cup started.

Vinícius Jr. had a good World Cup debut in Qatar 2022, a tournament in which he played three of the four games for the Brazilian National Team.

The Real Madrid star started the first two group stage matches, first against Serbia and then against Switzerland, while he was rested against Cameroon.

He returned to the starting lineup in the round of 16 matches against South Korea, where he shone with a great goal and an assist in the comfortable 4-1 victory.