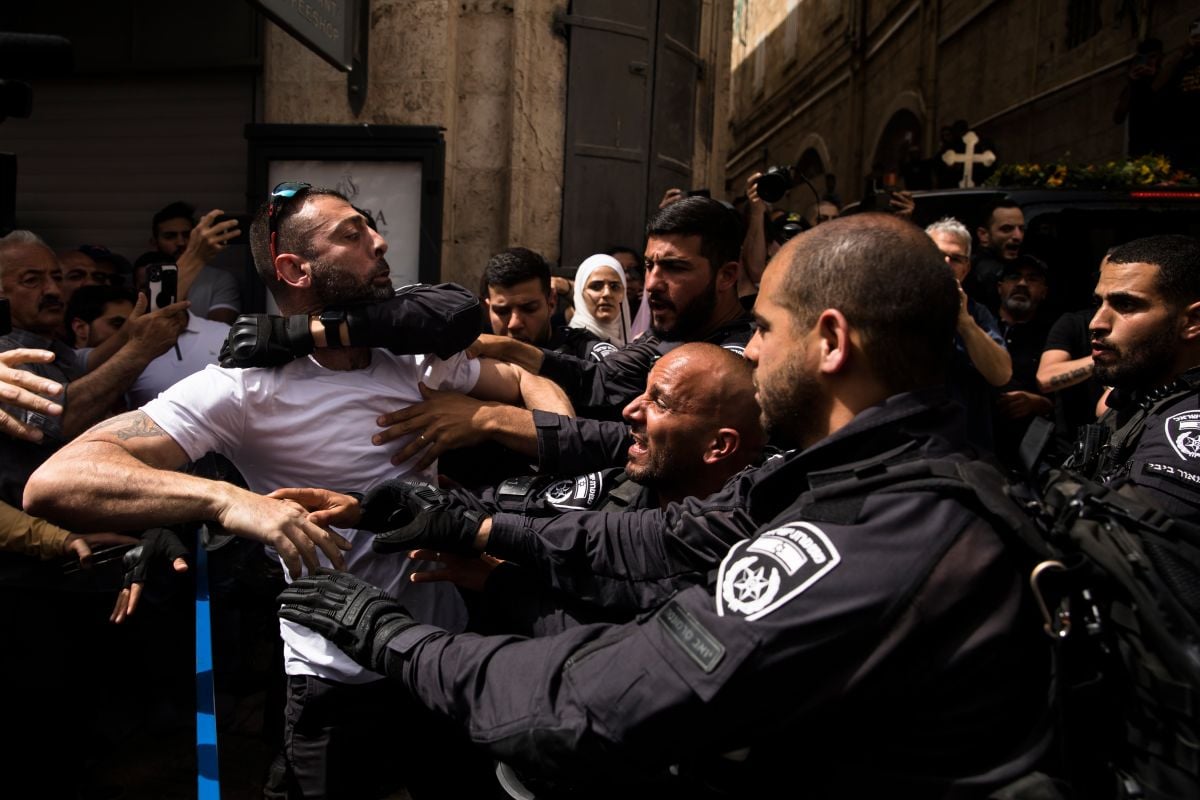 Thousands of Palestinians said goodbye this Friday in Jerusalem to the Palestinian-American journalist Shireen Abu Akleh, who died on Wednesday of a gunshot to the head during an Israeli military operation in the West Bank.

Violent incidents broke out at the coffin’s exit from the hospital, with police charges included. Later, the remains of the popular reporter for the Qatari network Al Jazeera, a 51-year-old Christian born in East Jerusalem, were taken to a church in the city, where a mass was said in her honor. The reporter will later be buried near her parents in a cemetery near the Old City.

His funeral takes place in a context of continuing violence. New clashes broke out in the Jenin refugee camp, where the journalist died, in which thirteen Palestinians were wounded by bullets in a new Israeli operation, according to the Palestinian Ministry of Health. The Army, for its part, lamented the death of a 47-year-old sergeant during a “counter-terrorist operation.”

The journalist, wearing a bulletproof vest marked “Press” and a helmet, was covering a military operation in Jenin, in the West Bank, a Palestinian territory occupied by Israel since 1967. Al Jazeera accused Israeli forces of killing “deliberately” and “in blood” cold” to its star journalist.

Israeli Prime Minister Naftali Bennett suggested that he had “probably” been shot dead by Palestinian fighters. But a few hours later, her defense minister, Benny Gantz, said the military “isn’t sure how she was killed” and that she was “being investigated.”

“The conclusion of the preliminary report is that it is not possible to determine the origin of the shot that hit and killed the journalist,” the army said today in a statement, in which it considers the possibility that the shot could come from Palestinian combatants or from an Israeli soldier. “The investigation shows two possibilities as to the origin of the shot that killed her,” she says verbatim.

The first is that it comes from “massive shooting by armed Palestinians [contra soldados israelíes], within the hundreds of bullets that were fired from different places”. “The other option is that during the shooting one of the soldiers fired several bullets from a vehicle (…) against a terrorist who was targeting his vehicle,” the text adds, and from whom Akleh was about 200 meters away.

Opposition to a joint investigation

Gantz asked for “forensic evidence” from the Palestinians, including the bullet that killed the journalist, to “trace the origin of the shot”, but the Palestinian Authority, led by Mahmoud Abas, rejected the idea of ​​a joint investigation with Israel, accusing the Israeli army for killing her. “The Israeli authorities committed this crime and we do not trust them,” he said Thursday. He also said that he wanted to refer the case to the International Criminal Court.