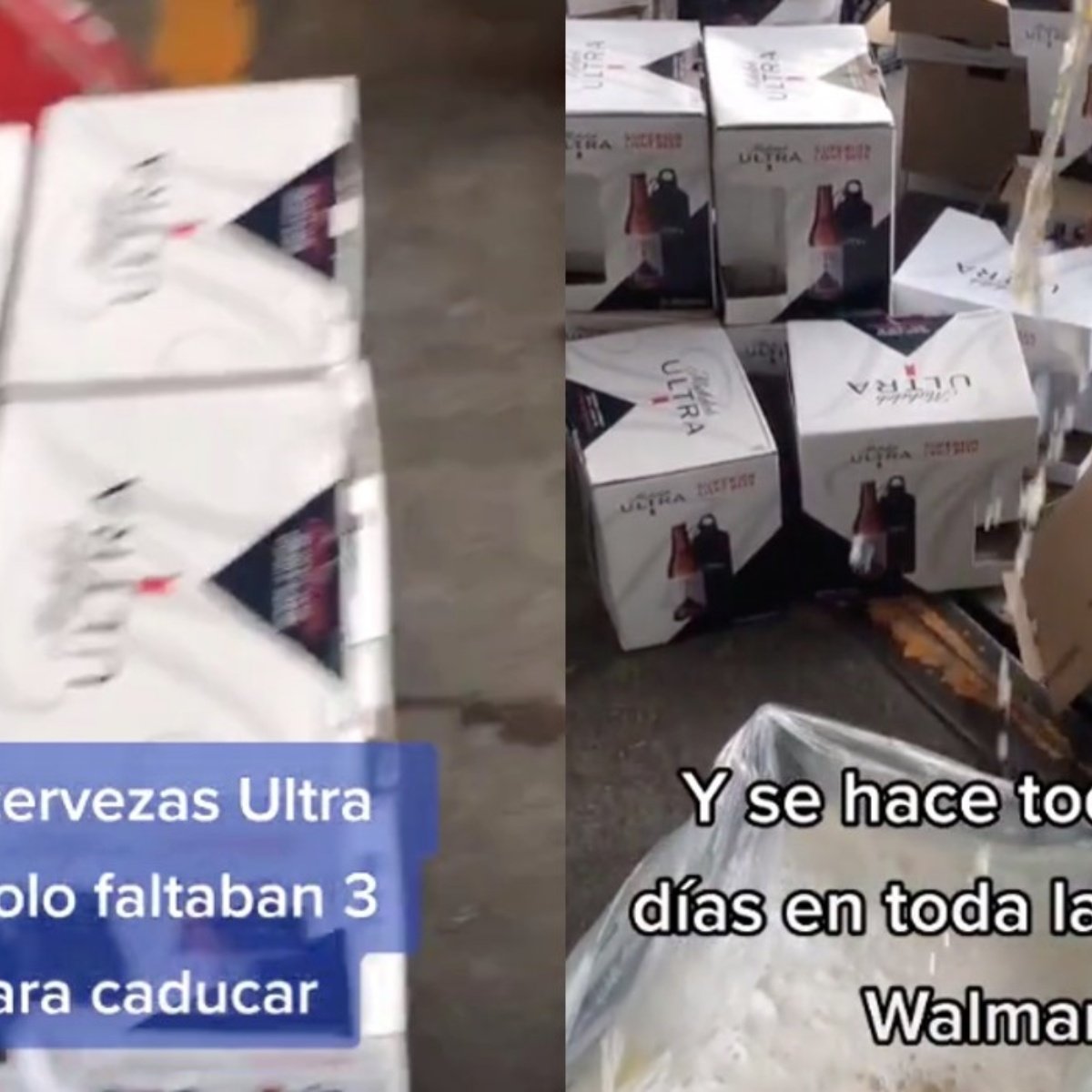 A video of TikTok has surprised thousands of Internet users, especially lovers of beersince in it you can see how employees of Walmart They throw out all the alcoholic beverages that are about to expire.

In the video viral You can see how the containers are emptied into boxes so that the supermarket workers can later discard the liquid.

Walmart goes viral on TikTok for throwing out beer

This is what Walmart does with beer that is about to expire �������� pic.twitter.com/gBPIx4TEmf

In the publication, which has more than 1.4 million reproductions, it is explained that Walmart workers carried out this action because the product was 3 days from expiration.

As expected, the video, which was published by the user angeel_rromero, quickly became a trend on other social networks, generating endless reactions and comments.

It may interest you: Walmart promotion confused consumers, some even terrified them

“Why not sell it to bars that can be finished in 1 day?”, “They prefer to throw it away than give it to their workers”, “That’s what I don’t understand about companies, it wouldn’t be better to sell them at discounts”, were some of the comments .

In the video, the author of the viral TikTok video clarified that this action is called “Throwing the Shrink” and says that it is an action that they carry out every day at Walmart.

As we have mentioned in AmericanPost.Newscompanies often dispose of expired products to avoid lawsuits for consumption of products that could be toxic.