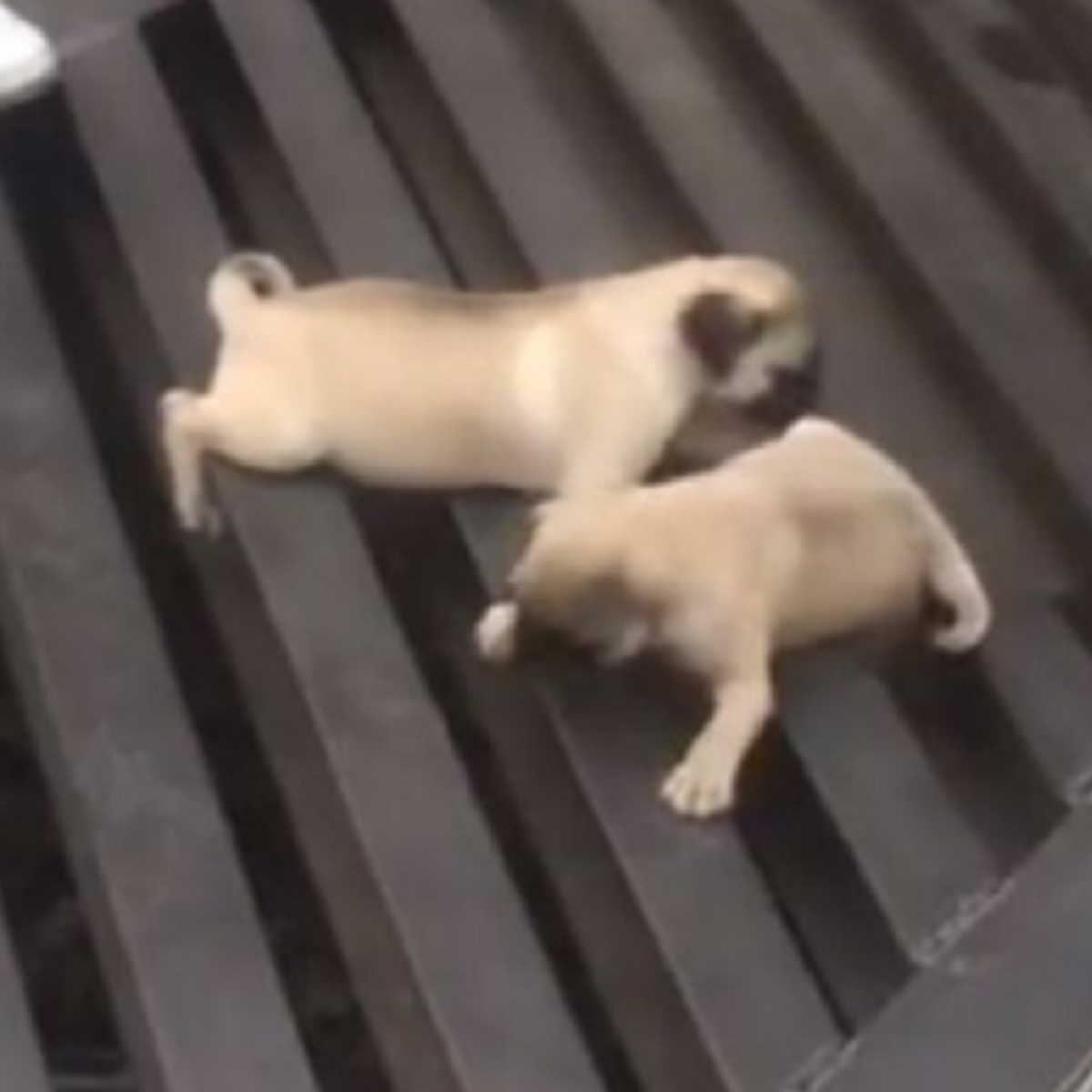 Social networks like TikTok they give us every week an endless number of viral videosfrom horror stories to incredible love stories, but the clips that tend to stand out the most are those starring puppies or kittens.

And it’s no wonder, since our furry friends always have free time to get up to their mischief.

Puppies get stuck in a drain and become a trend

As we mentioned in AmericanPost.Newsa viral TikTok starring two baby pugs is causing a sensation on the Internet.

The clip, shared by the user @ ojitos451, reveals the moment when the two puppies try to cross a drain; however, these are trapped.

The first tries to pass over it, but gets caught between the holes. The second puppy seems to be a little smarter, so he goes around the drain, but realizing that his brother is trapped, he runs to save him and falls into the same trap.

But that’s not all, a few seconds later he manages to get away, tries to go around on the opposite side and gets stuck again, in the end the east manages to escape from the grate, while the first puppy is saved by its owner.

The video of the puppies went viral on social networks

The viral video of the puppies already has more than 13 million views and thousands of comments.

“Without a doubt this is the cutest video I’ve seen in months,” said one user. “This is why I love puppies, especially pugs, there is nothing cuter than this,” wrote another.