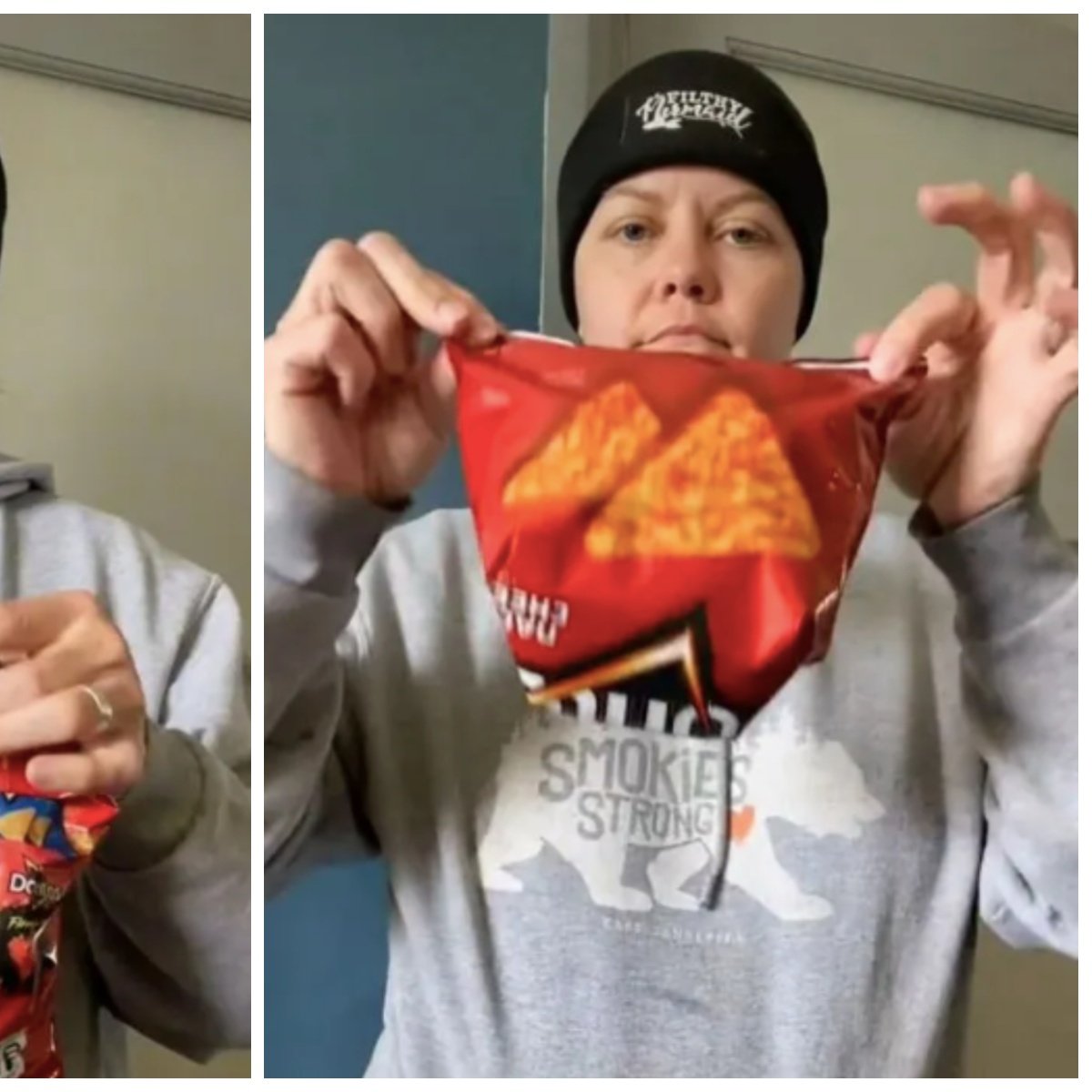 A woman has shared a viral tiktok hack that will change your life, because it teaches how store fries and keep them crispy without the need to use clips.

The star of this story is Jennifer Murphy who took to TikTok to post a video of herself demonstrating the nifty trick, which she captioned: “No chip clips needed…”

In the video shared on the social network, she is seen folding the two top corners of the package towards the center. Then she carefully folded down the point she had made at the top, before tucking the ends of the folded section in and up. The action meant that the package was completely sealed, as Jennifer demonstrated by holding it upside down.

While many people in the comments section insisted that they wouldn’t leave enough chips to seal in the package, others praised Jennifer for sharing the trick.

“Thank you for changing my life,” one person wrote. “Oh wow I do this but I put a clip… I didn’t know about the last step,” someone else commented.

Apparently some people knew about this group but incompletely, as one netizen wrote, “I honestly knew everything except the last part, and now you just solved the problem.”

Since Jennifer shared her video, she has had almost 17,000 likes because the viral trick of TikTok has apparently been quite useful for a large part of the Internet users, who were surprised.

How to go viral on TikTok?

There is no magic formula to go viral on TikTok, but user @joexulaje, who grew from zero to 140K followers in 120 days, has shared some tips that could work, including: making the audience identify with the content, uploading content at least 3 times a day, participating in trends with a “personal touch”, using popular audio, and defining the audience or niche well, as we have seen sharing a viral TikTok trick, can also be quite useful.