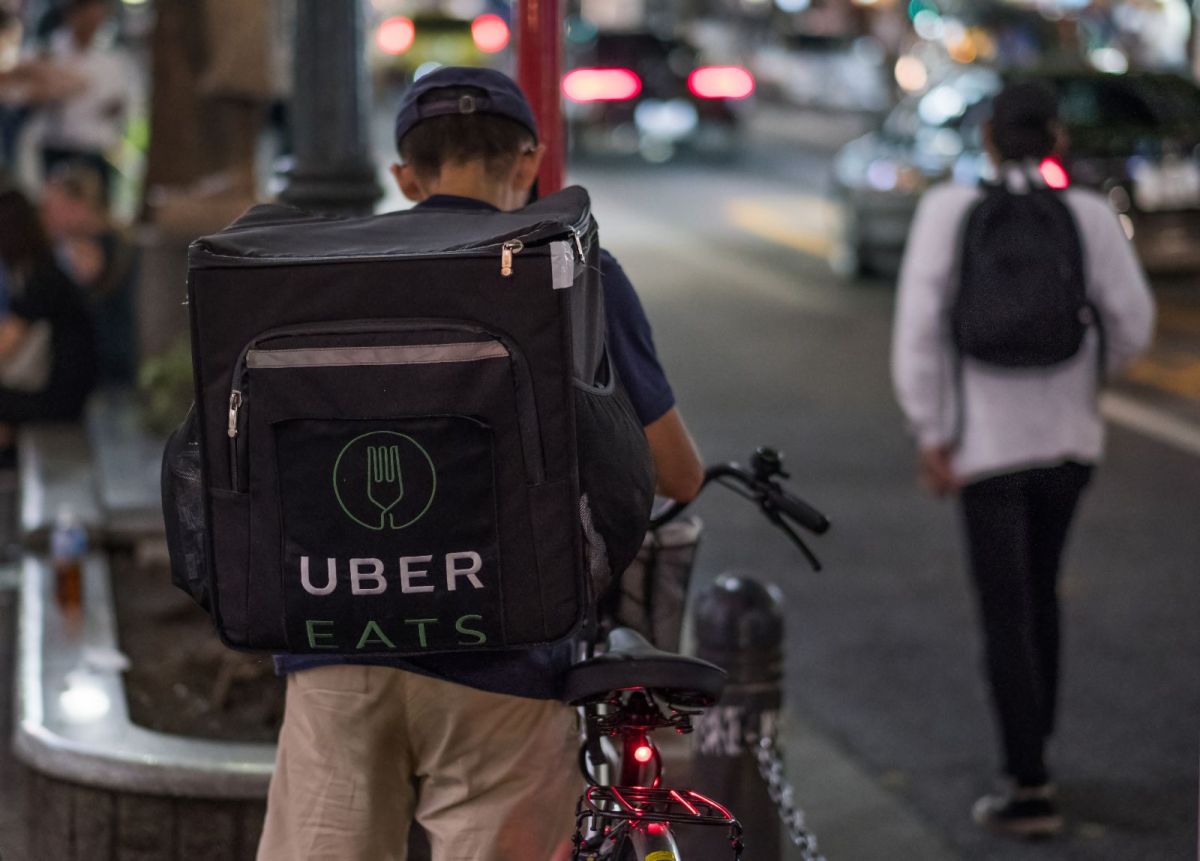 This is probably not the first time you have heard that an Uber Eats food delivery person steals some of the food to be delivered. Now there is a viral video in which a delivery man is shown taking a good part of the customer’s food with bare hands, licking their fingers and transferring the obtained from different boxes into a plastic container.

A camera captured the exact moment in which the food delivery man is sitting on the edge of the sidewalk uncovering the food containers to initially take out noodles, later he opens another box from where he chooses pieces of what appears to be chicken and places them on top of the noodles that you have placed in your Tupper; You also decide to add a splash of the soup included in the order.

After serving enough food, the delivery person shakes the containers to be delivered a little and He takes out a stapler from his backpack with which he reseals the food cartons and the paper bag.

This happened outside a Chicago restaurant called Mr. J’s Dogs and Burgers. The restaurant to order was Friend’s Ramen.

The video that went viral on social media was initially shared on TikTok by @sarahfromflorida with the caption “I wish I couldn’t see this.” The delivery man was recorded by a friend of Sarah’s who filed a complaint with Uber Eats and the restaurant.

The delivery man who appears in the video stealing the food was fired after spreading the unsanitary behavior and that violates the Uber rules, which establish that Uber Eats deliverymen “cannot manipulate or open the packaging during delivery.”

An Uber spokesperson told The Daily Dot that the person who would deliver the food had been removed and described the incident as “completely unacceptable.”

Among the comments the video received, one person suggests that the order may have been canceled after he picked it up and was able to keep it. Situation that other people discard since in the images the delivery man is observed to try to make it appear that the order was intact; Shakes the half-full food containers a bit, puts them back in the paper bag, and closes the bag with staples.

One more person also pointed out what many people imagine: “How many people are doing the exact same thing without being caught on camera?”