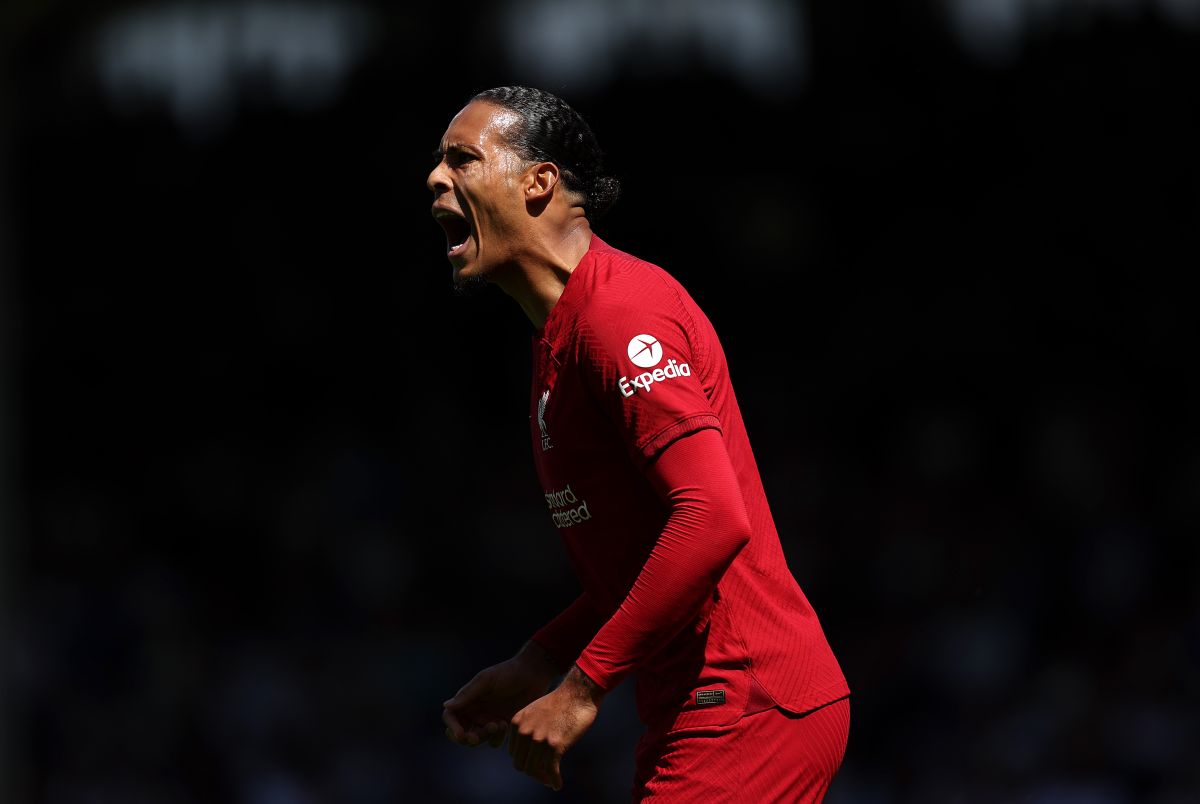 Liverpool stumbled again in the premier leagueafter failing to pass the tie against Crystal Palace. In said match, the Uruguayan striker Darwin Nunez he was sent off in the 57th minute after headbutting the opposing defender. In this way, the Dutchman and one of the leaders of the “Anfield” Virgil van Dijk He sent a forceful message to the Uruguayan about the red card he received.

It is important to note that when Nunez was expelled, he Liverpool was down on the scoreboard one goal to zero, leaving a team with ten that has not been able to achieve victory in its first two games of the PremierLeague.

“We support you and you know that it should not happen again, we hope you take it into account. He must learn to control himself.”commented Virgil van Dijk.

“It needs to be controlled. You have to know that these things happen, especially in the Premier League. This will be a lesson and we hope it will not happen again.” the center finished.

In this way, Darwin Nunez did not have his best debut in “Anfield” who were left with the desire to celebrate a goal that became the most expensive signing in the history of the club and one of the promises of football in the old continent.

A Virgil van Dijk he was also joined by the club’s coach Jurgen Klopp who is characterized by having a strong character and for being one of the most respected of the benches as a result of his impeccable career in Europe.

“Of course it was red. He was being provoked, but that’s not how he should behave. He knows that he let his teammates down. I will talk with him. It’s not a reaction we want to see.” Jurgen Klopp added at a press conference.

Now the next step for the young striker is to wipe the slate clean so he can focus more on scoring goals and handling the pressure of an English league that tends to be very provocative and very rough.

Bitter debut at Anfield: Uruguayan Darwin Núñez was sent off for a header

Jurger Klopp and his first ‘complaint’ about Darwin Núñez: “He could have scored more goals”