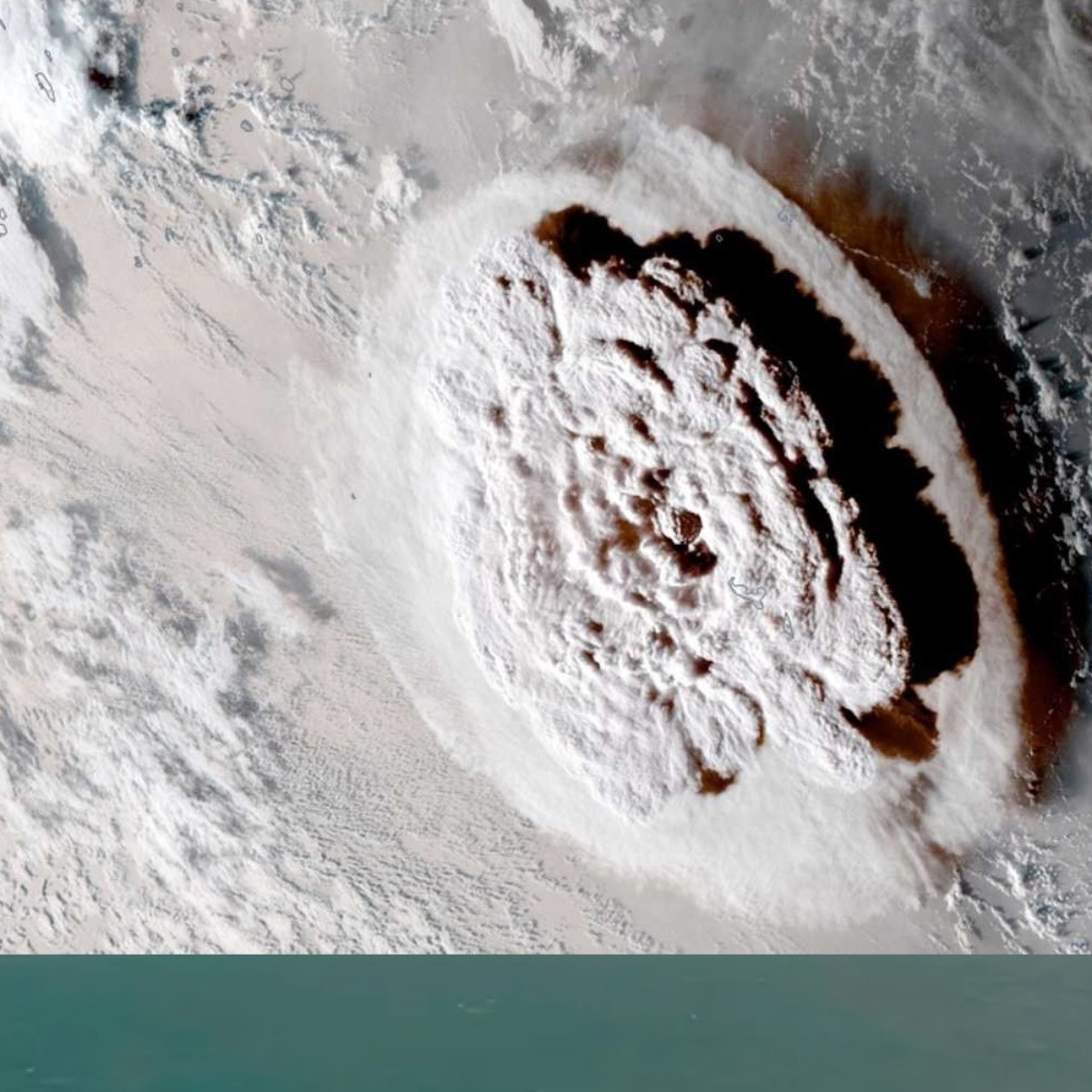 A gigantic volcanic eruption caused a tsunami in tongathe waves have hit the coast of the Pacific Ocean this Saturday, and the videos have begun to travel the world.

And it is that the volcano has not only produced a tsunami in Tonga but also the witnesses also describe how ashes fall on the capital, Nukualofa. In fact, more than 100 families from two towns on the Samoan island of Savaii have been evacuated, police said.

Tsunami waves in Tonga hit houses and buildings located on the beachfront and quickly flooded the surrounding area, people were running to seek shelter on the roofs of houses after the volcanic eruption in the Pacific Ocean.

Those affected by the waves reported that the volcano erupted at 5:20 p.m. (local time) and released a huge cloud of ash into the air and that is that the eruption of the Hunga-Tonga-Hunga-Ha’apai underwater volcano has caused powerful waves in the South Pacific.

Some witnesses, such as Mere Taufa, said that the eruption occurred when her family was preparing to have dinner. Her younger brother thought it was bombs exploding nearby.

“My first instinct was to take cover under the table, I grabbed my little sister and yelled at my parents and others in the house to do the same,” she said.

Taufa, who spoke to the news site Stuff.co.nz, added that the next thing he knew, the water was rushing into his house. “You could hear screaming everywhere, people screaming for their safety, for everyone to get to higher ground,” she stated.

In addition, this situation occurs in the midst of the growing crisis due to the coronavirus in Tonga.

Other witnesses said the eight-minute eruption was so violent it could be heard like “loud thunder” in Fiji, more than 500 miles away, according to officials in Suva, the capital.

Eruption in Tonga, the largest in 30 years

The Tonga Geological Survey said plumes of gas, smoke and ash ejected from the volcano reached 20 kilometers into the sky. While Professor Shane Cronin. A volcanologist from the University of Auckland said the eruption was one of Tonga’s largest in the last 30 years.

“It’s a pretty big event, at least one of the most significant eruptions in the last decade,” Cronin told the BBC.

The expert added: “The most remarkable thing is how fast and violent it spreads. This one was bigger, wider and produced a lot more ash. I expect there will be many centimeters of ash deposited on Tonga,” the expert added.

This family were in church. They’d just finish having choir practice and the tsunami hit ��❤️���� pic.twitter.com/DLLFRJ9BAc

In Australia, the government spokesman said the prime minister and foreign minister are monitoring the situation and ready to provide support, so the tsunami warning was also issued for areas on the east coast of Australia and Tasmania.

while to consequence of the tsunami in Tongathe authorities asked the population in the eastern state of New South Wales to get out of the sea and stay away from the shore.