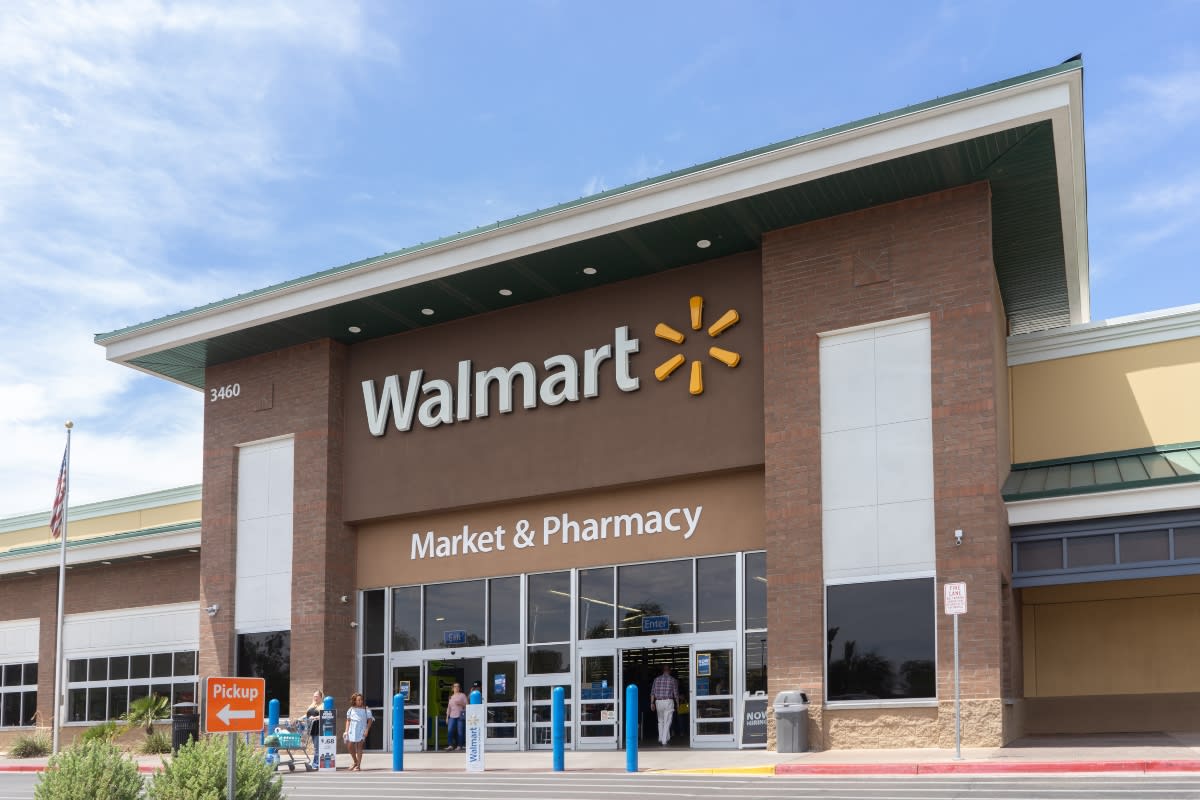 Walmart gives unexpected ultimatums to all of its employees. The multinational corporation is among the companies that have asked their employees to get vaccinated against the coronavirus, which they have to do before next October 4.

As reported by ABC on its website, there is a growing list of companies in the United States that require their workers to be vaccinated against the coronavirus, after the Centers for Disease Control and Prevention recommended that, to Despite being vaccinated, people must wear face masks in some closed places.

Founded by Sam Walton in 1962, incorporated on October 31, 1969 and listed on the New York Stock Exchange since 1972, the multinational corporation of American origin stores Walmart told its employees, who work in the United States, must be vaccinated before October 4.

Doug McMillon, president and CEO of the company, said in a memorandum that his workers have gradually returned to the office and plan to be “closer to pre-pandemic levels after Labor Day.”

In this same text, it is ensured that Walmart will continue to monitor the conditions of the pandemic before determining whether that timeline should be modified. On the other hand, customers will not wear face masks, although they will be advised to do so, in addition to posters will be posted in stores with the new guidelines from the Centers for Disease Control and Prevention.

It was also announced that all Walmart employees must use, again, face masks within their facilities even if they have already received the coronavirus vaccine in places with “substantial or high transmission.” This applies immediately.

Different protocols will be applied

The managers of the different Walmart stores will receive local updates every Monday to determine the necessary protocol of their facilities, apart from that they will soon implement a new process to verify the status of the vaccines of their employees and will encourage those who have not done so to get vaccinated.

Lastly, the company will give its workers the opportunity to get vaccinated while on their schedule, as well as three days of paid leave for any reaction to the coronavirus vaccine, as many people have reported.

Walmart will give its employees an incentive to get vaccinated

But that would not be all, since it was also announced that Walmart is doubling its current vaccination incentive to $ 150 for its employees, when previously this incentive was half, $ 75 dollars, so there is another reason to receive the coronavirus vaccine.

According to information from ABC in its partal, current employees who are vaccinated and new employees who were vaccinated before starting at Walmart are eligible to receive the bonus. It will be necessary to wait what is the answer.

Not only Walmart will carry out this initiative

As discussed above, Walmart “is among the companies that have asked their employees to get vaccinated against the coronavirus,” but what are those other companies? Well, among them are Disney, Google, Facebook, Netflix, Uber and Twitter.

Regarding Facebook, it was announced that employees should be vaccinated against the coronavirus before returning to the office: “We will have a process for those who cannot be vaccinated for medical or other reasons and we will evaluate our approach in other regions as it evolves. the situation”.

A woman sued a Walmart store in Texas for an amount that could be up to $ 1 million after she was allegedly hit with a door while shopping. The client, identified as Webb County resident Samantha Canales Pompa, is suing Walmart in Laredo for up to $ 1 million after an employee allegedly hit her with a door, local newspaper LMT Online reported this week.

Samantha Canales Pompa filed a lawsuit Wednesday in the United States District Court for the Laredo Division of the Southern District of Texas against WalMart Stores Texas, LLC and an unidentified employee, but whom authorities dubbed John Doe. According to the complaint cited by the LMT Online newspaper, the woman asserted that she was injured at the Walmart located at 5610 Bernardo Avenue, in Laredo, while she was making her routine purchases.

After being beaten when a door was opened, the woman sued Walmart

Samantha Canales Pompa said she was looking at products when an employee entered through a pair of swing doors with a cart, and the doors hit her, “which pushed her, made her fall and caused her injuries.”

This complaint he made also indicated that the employee in question, who is listed as John Doe, created “an unreasonably dangerous condition through his use and movement of the cart and the way in which he opened the swing doors.”

Now Walmart is accused in the complaint of “failing to adequately or reasonably train or supervise its employee regarding the safe use or movement of the cart, the safe opening of the type of swing doors in question, and / or how to monitor, inspect, or otherwise appropriate to ensure that it is safe to open the swing doors before doing so, and / or how to eliminate or warn against the dangers of opening the swing doors before doing so ”.

According to the complaint cited by the aforementioned media, the client Samantha Canales Pompa, whose age was not specified, is suing that Walmart store for “damages in an amount … greater than $ 250,000 but not more than $ 1,000,000 dollars.”

The injuries he would have suffered

The client stated that she suffered physical injuries and damages and “in all likelihood (them) will continue to suffer in the future in terms of physical pain, mental anguish, physical disability, loss of earning capacity and for medical and hospital bills and expenses in the past and in the future ”.

Despite the arguments by which it accuses Walmart after being hit with a door, the complaint does not specify the injuries that the woman, called Samantha Canales Pompa, allegedly suffered, mentioned LMT Online through its portal.

A cunning action allowed a victim to end his ordeal. Authorities rescued a woman kidnapped since May thanks to some notes she left on pieces of paper in public toilets, including one from Walmart. Notes left on scraps of paper in public restrooms helped Pennsylvania authorities locate and rescue a woman who had been in captivity for months, NBC News reported Thursday, July 15.

In a first note discovered last Thursday in a bathroom mirror at the Walmart in Carnegie, Pennsylvania, the woman wrote that she was being physically and sexually assaulted by a man, police said in a criminal complaint cited by NBC and ABC News. The woman, who was not identified by the authorities, said in the notes that she was being held against her will, asked whoever read the paper to call 911, included an address, a description of a car and warned that her captor had a knife.