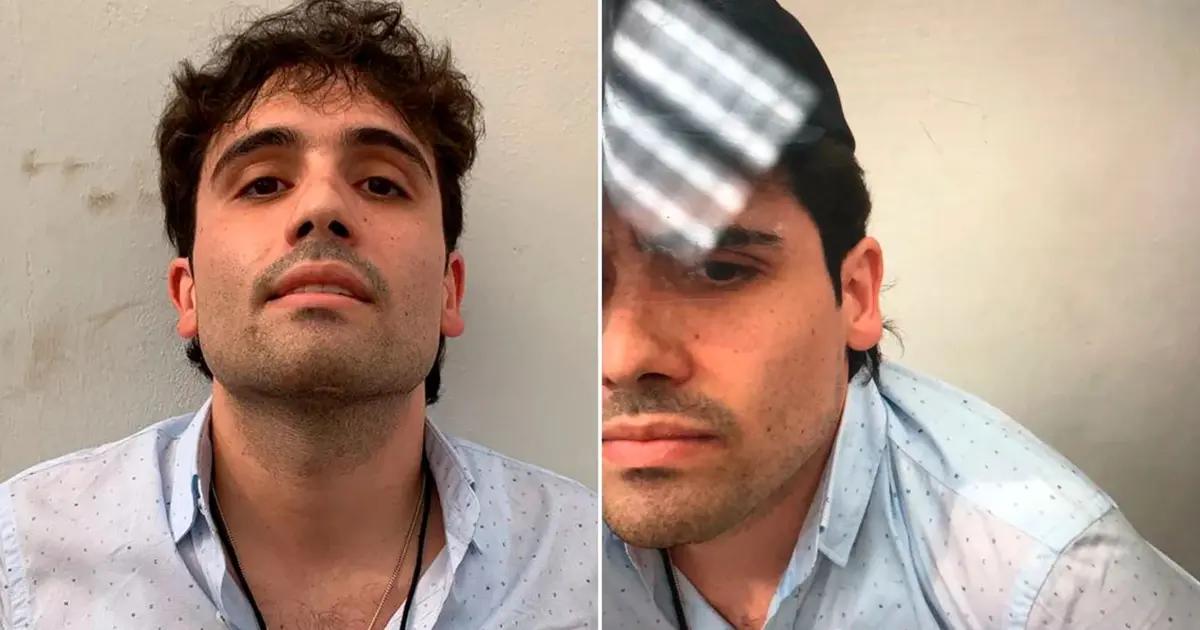 After the criminal career of Sinaloa Cartel founder Joaquín Guzmán Loera, better known as “El Chapo,” ended when he was arrested and extradited to the United States, the legacy of his powerful empire has been left in the hands of some of his children.

It was in 1997 when the drug lord married Alejandrina Salazar, with whom he had his first four children: Jesús Alfredo, Iván Archivaldo, Alejandrina Giselle, and César. However, years later and with his second wife, identified as Griselda López, “El Chapo” procreated four more children: Joaquín, Edgar, Griselda, and Ovidio, the latter being the one who has recently been in the eye of the storm.

Ovidio Guzmán López, better known as El Ratón, was apprehended this Thursday morning, January 5, after a strong operation orchestrated by the Secretariat of National Defense (Sedena) in the state of Sinaloa. However, federal authorities have not yet released the details of his arrest. This event brought back to the table the criminal trajectory and the life that the son of the founder of the Sinaloa Cartel has led.

Who is Ovidio Guzmán López?

El Ratón, as Joaquín Guzmán Loera’s descendant is also known, has been identified by Mexican and US authorities as one of the current leaders of the Sinaloa Cartel. According to information from the US Department of Homeland Security, both Ovidio and his brother Joaquín coordinated actions. They headed an arm of the criminal group known as the Guzmán López Transnational Criminal Organization (“Organización Criminal Transnacional Guzmán López”).

Although both sons of “El Chapo” and Griselda Lopez have now established themselves as priority targets for authorities, it was from their youth that their criminal careers began to take off after they inherited the legacy of their brother Edgar Guzman Lopez, who was murdered in Culiacan on May 8, 2008.

Following in their father’s footsteps, both Ovidio and Joaquin invested in the drug trafficking business with substances such as marijuana, cocaine, ephedrine, and, in recent years, fentanyl.

Such activities were found in documents from the US Department of Justice, where it is detailed that since April 2008 and until 2018, both brothers conspired to distribute drugs from Mexico and other places to be imported to the country governed by Joe Biden.

On October 17, 2019, the name of Ovidio Guzmán López caught the public’s attention after elements of the Mexican Secretariat of National Defense (Sedena) arrested him in Culiacán.

However, what was intended to be a strong blow to the criminal organization founded by Joaquín “El Chapo” Guzmán, ended up unleashing the fury of the Sinaloa Cartel, whose hired killers were in charge of spreading narco-terror throughout the Sinaloa capital, forcing the Security Cabinet of Andrés Manuel López Obrador’s administration to bend, ordering the release of the drug lord’s son.

The president of Tabasco confirmed days later that he gave the order to free El Raton to reestablish peace in the state of Sinaloa, a decision that cost him an incalculable amount of criticism.

Since that murky episode, known as El Culiacanazo, Ovidio Guzmán López kept a low profile. However, in 2021 the US State Department announced that they were offering a reward of up to USD 5 million for information that could lead to the arrest and conviction of four of the sons of the founder of the Sinaloa Cartel, including El Ratón.