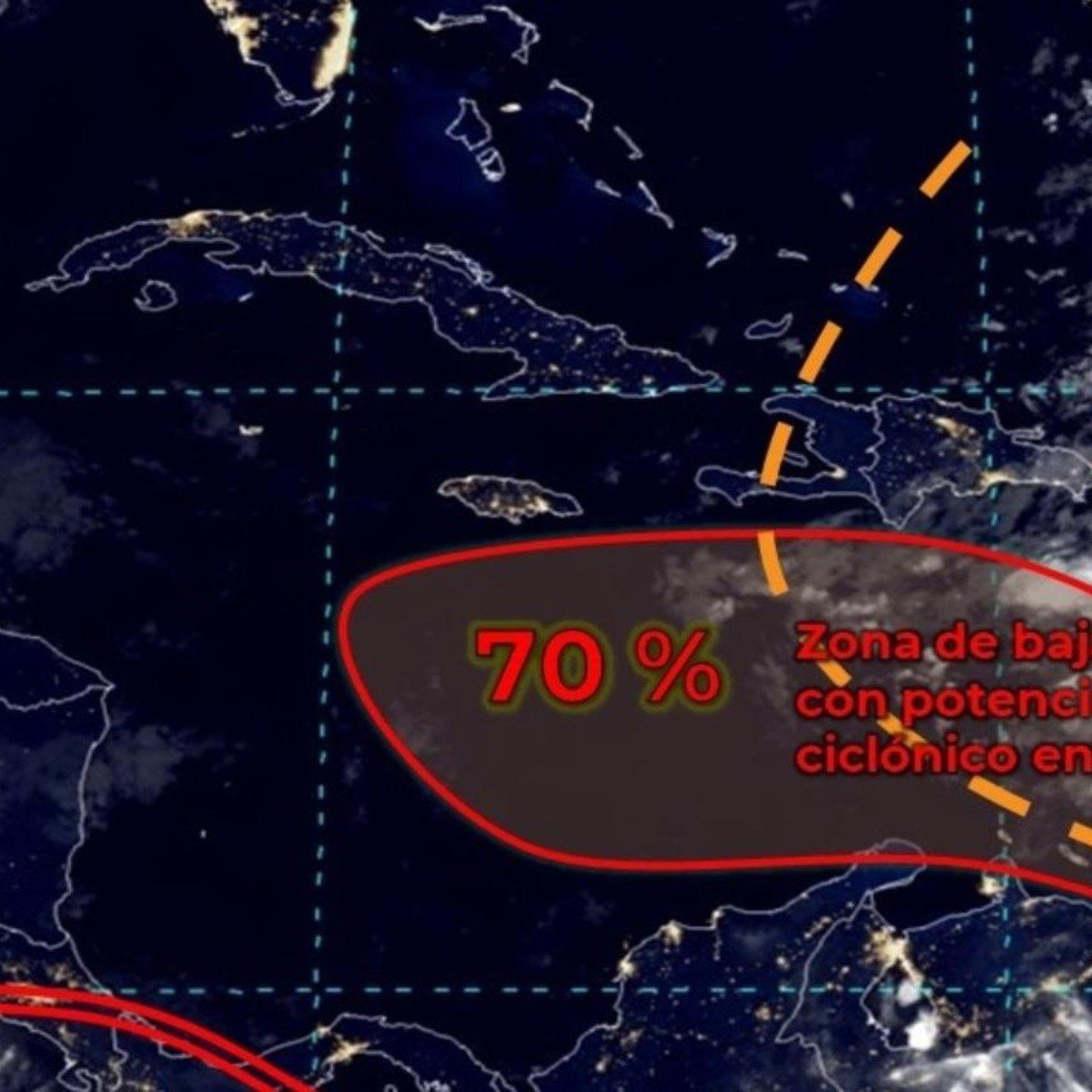 Miami.- A large area of low pressure located in the north of Venezuela and on the Caribbean Sea It could become a tropical depression in the coming days, the United States National Hurricane Center (NHC) warned on Saturday.

The cyclonic disturbance is slowly moving west or west-northwest over the Caribbean Sea center and already is producing a large area of ​​showers and thunderstorms disorganized, detailed the observatory.

Environmental conditions are expected to be conducive to its development, with a 70% chance of formation in five days. However, it added that the tropical depression would likely form early next week.

This is the targeted area. Notice the circling winds.

Regardless of development, warns the NHC, based in Miami, Florida. Locally heavy rain is possible for parts of the Lesser Antilles, Virgin Islands, and Puerto Rico this weekend.

On the other hand, in the western Atlantic, an area of low pressure located about 150 miles (241 km) west-northwest of the Bermuda Islands is producing showers and thunderstorms as it begins to interact with a front near this system.

Upper-level winds are forecast to increase over the system this afternoon and Saturday evening, although no further development is anticipated. His chances of growth are low within five days, at 20%.

The last cyclone in the Atlantic basin this season, which ends on November 30, was Karl, a tropical storm that hit the Mexican coast of the Gulf of Mexico in mid-October.

Since its formation in the center of the Caribbean Last September, Ian, the fourth hurricane of 2022, left a trail of destruction, especially in western Cuba and Florida, where it crossed the peninsula from west to east to reach the Atlantic.

Ian made landfall in southwestern Florida, USA, on September 28 as a category 4 hurricane on the Saffir-Simpson scale, out of a maximum of 5, causing 119 deaths and billions of dollars in property damage. in the southern state.

After crossing the peninsula from west to east, it came out into the Atlantic and later impacted South Carolina.